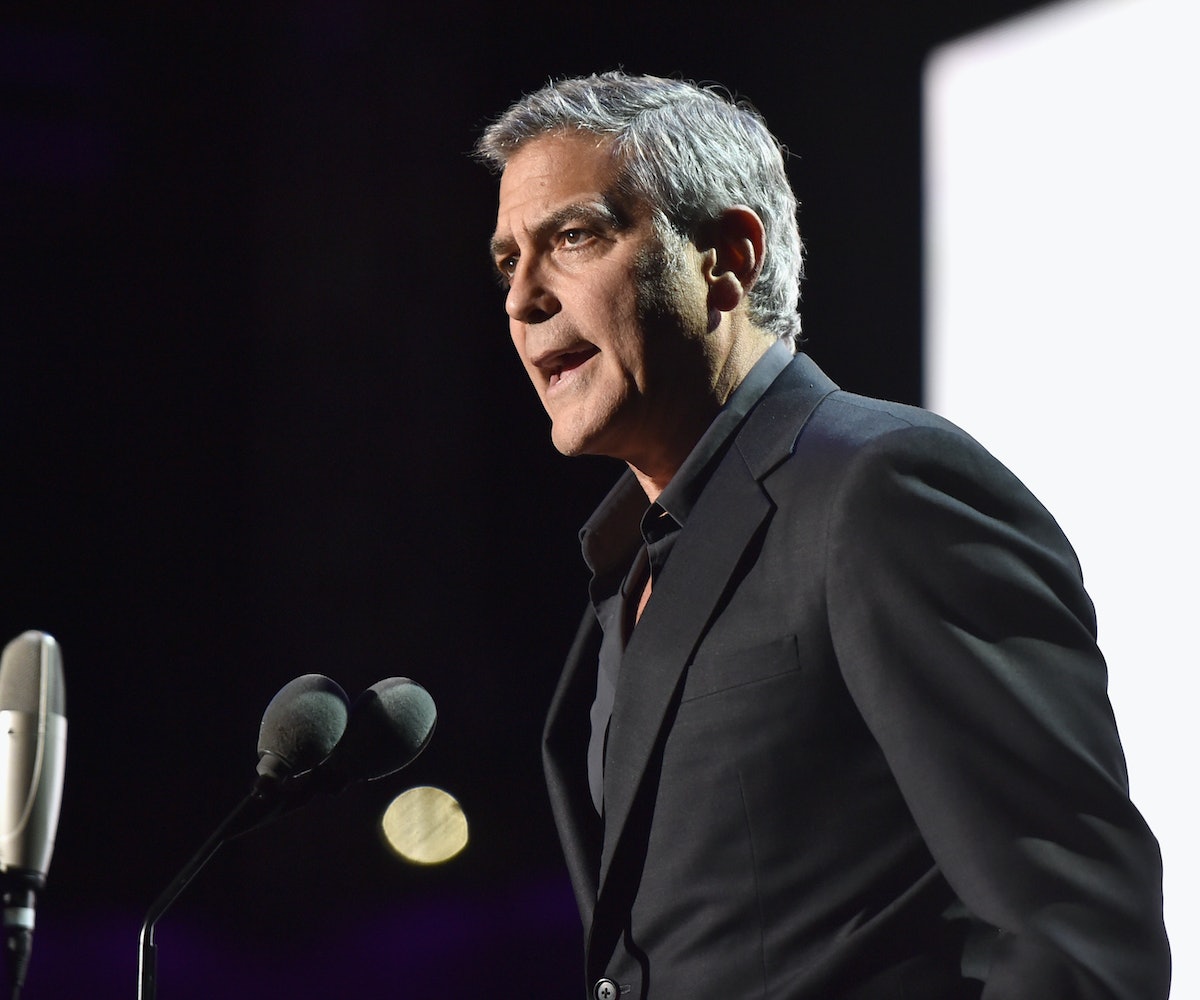 On the Monday after Meryl Streep’s public hanging of Donald Trump at Sunday’s Golden Globes, and the president-elect’s now infamous response, celebrities felt the need to weigh in, particularly on Trump’s assessment that Streep was “overrated” as an actress. Lena Dunham made the excellent point on Twitter that Streep is one of the few people on earth who has “been 100% correctly rated!”

Meanwhile, George Clooney, who maybe hasn’t been as vocal against the incoming administration as we’d like or expect him to be, did stand up for Streep, his co-star in The Fantastic Mr. Fox, at a reception hosted by The Clooney Foundation for Justice. “I’ve always said that about Meryl,” Clooney told PEOPLE magazine. “She’s maybe the most overrated actress of all-time. She and I worked together on Fantastic Mr. Fox as husband and wife and I will tell you even as a fox, a female fox, she’s overrated.” He then asked turned his attention to Trump. “Aren’t you supposed to be running the country?” Not yet, technically. On the late night circuit, Stephen Colbert also prodded Trump on his ridiculous tweet, mocking him for finally crossing a line. “Mr. Trump, you can refuse to release your taxes, you can call to ban an entire religion, you can play footsie with a dictator, but calling Meryl Streep overrated? No. Too far.” Colbert also called for a “Million Meryl March." Sign us up!

Of course, Seth Meyers, who’s been taking batting practice against Trump since the campaign, had to get a few shots in there. And, as usual, he did not miss. “Overrated? She’s so good, people use her to compliment people in other professions,” Meyers said. “Like LeBron James is the Meryl Streep of basketball, or Donald Trump is the Meryl Streep of having thin skin.”

But, per usual, the person who embarrassed Donald Trump the most was Donald Trump himself, thanks to a two-year-old interview uncovered by The Hollywood Reporter, who asked the then reality TV star to name his favorite actress. “Julia Roberts is terrific, and many others. Meryl Streep is excellent; she's a fine person, too.”