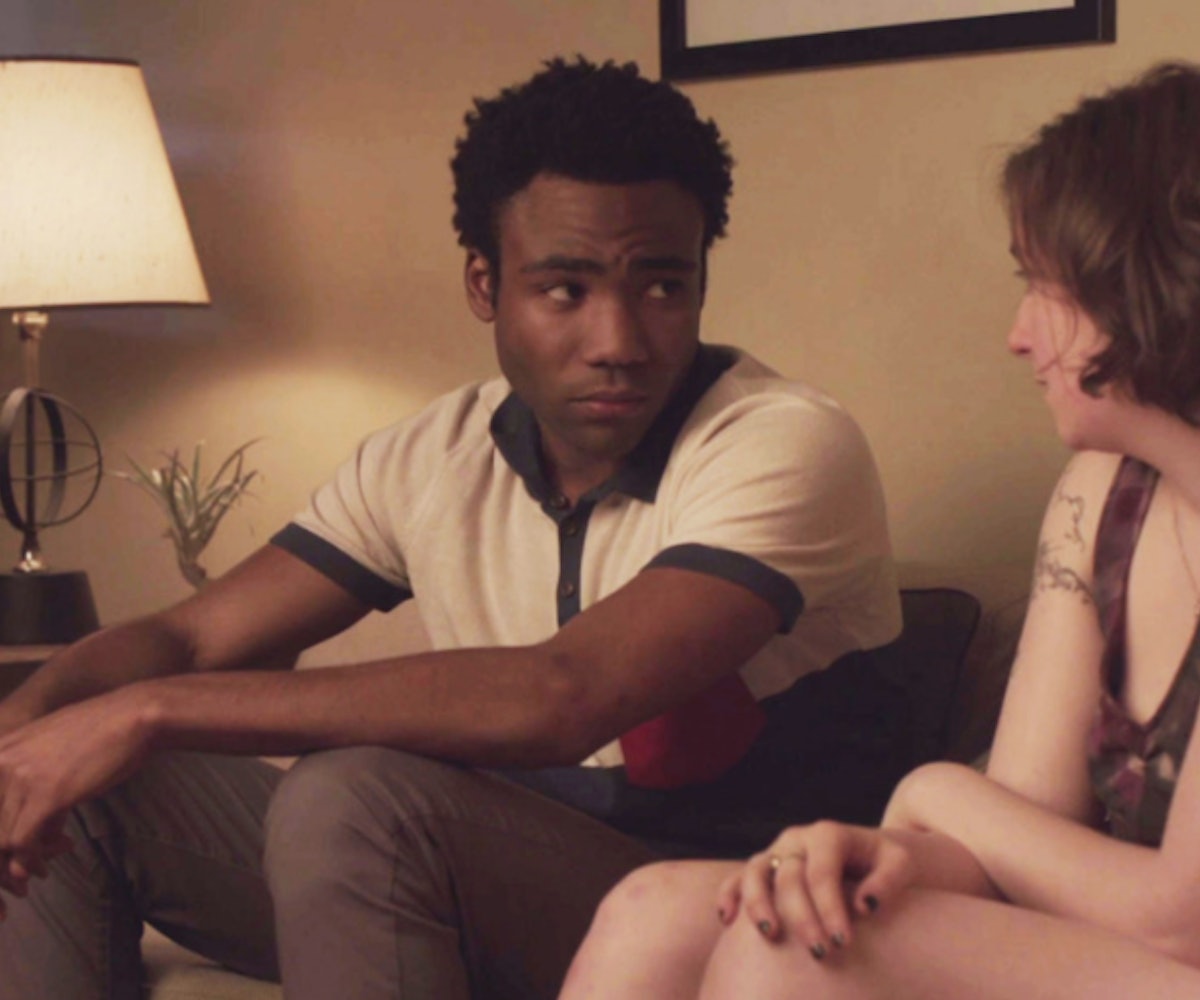 In two episodes in the second season of Girls, Donald Glover starred as Sandy, the Republican boyfriend to Lena Dunham's Hannah Horvath. And though many were happy to see the star appear on the popular coming-of-age series, most thought that his debut on the show only happened because Dunham, at the time, was facing backlash for not featuring black actors on the show.

Despite the fact that Dunham tried to dispel the criticism back in 2013, by stating that she “cast Donald because of a love of his work," a recent profile about Glover in The New Yorker, which featured statements from Dunham about his time on the show, paints a different scenario about how he may have felt during the ordeal.

Dunham mentioned that Glover's final scene in the show, when their characters break up, was totally improvised by Glover. If you recall, during their argument, Sandy hurled a lot of insults at Hannah—most notably, by imitating her white privilege. “Oh, I’m a white girl, and I moved to New York, and I’m having a great time," his character told her in the scene. "Oh, I’ve got a fixed-gear bike, and I’m going to date a black guy, and we’re going to go to a dangerous part of town." Dunham theorized that his lines may have hinted at his true feelings about being on the show, adding that she realizes now that he may have felt "tokenized."

“Every massive insult of white women was 100 percent him," she said. "I e-mailed him later to say ‘I hope you feel the part on Girls didn’t tokenize you,’ and his response was really Donald-y and enigmatic: ‘Let’s not think back on mistakes we made in the past, let’s just focus on what lies in front of us.’”

I mean, who could blame him? Hiring a black actor to star in the show (for only two episodes) in the midst of being criticized for lack of diversity, feels a hell of a lot like tokenization.

You can read her comments and, more importantly, Glover's profile in full, here.

NEXT UP
Culture
Spice Girls May Reunite For King Charles’ Coronation
Culture
For The Girls Of Forever Magazine, What's Forever Is Friendship
Culture
An Ode To Stripperweb, The Beloved Sex Worker Forum
Fashion
Bottega Veneta Just Dropped The Next It Bag For Spring
Style + Culture, delivered straight to your inbox.