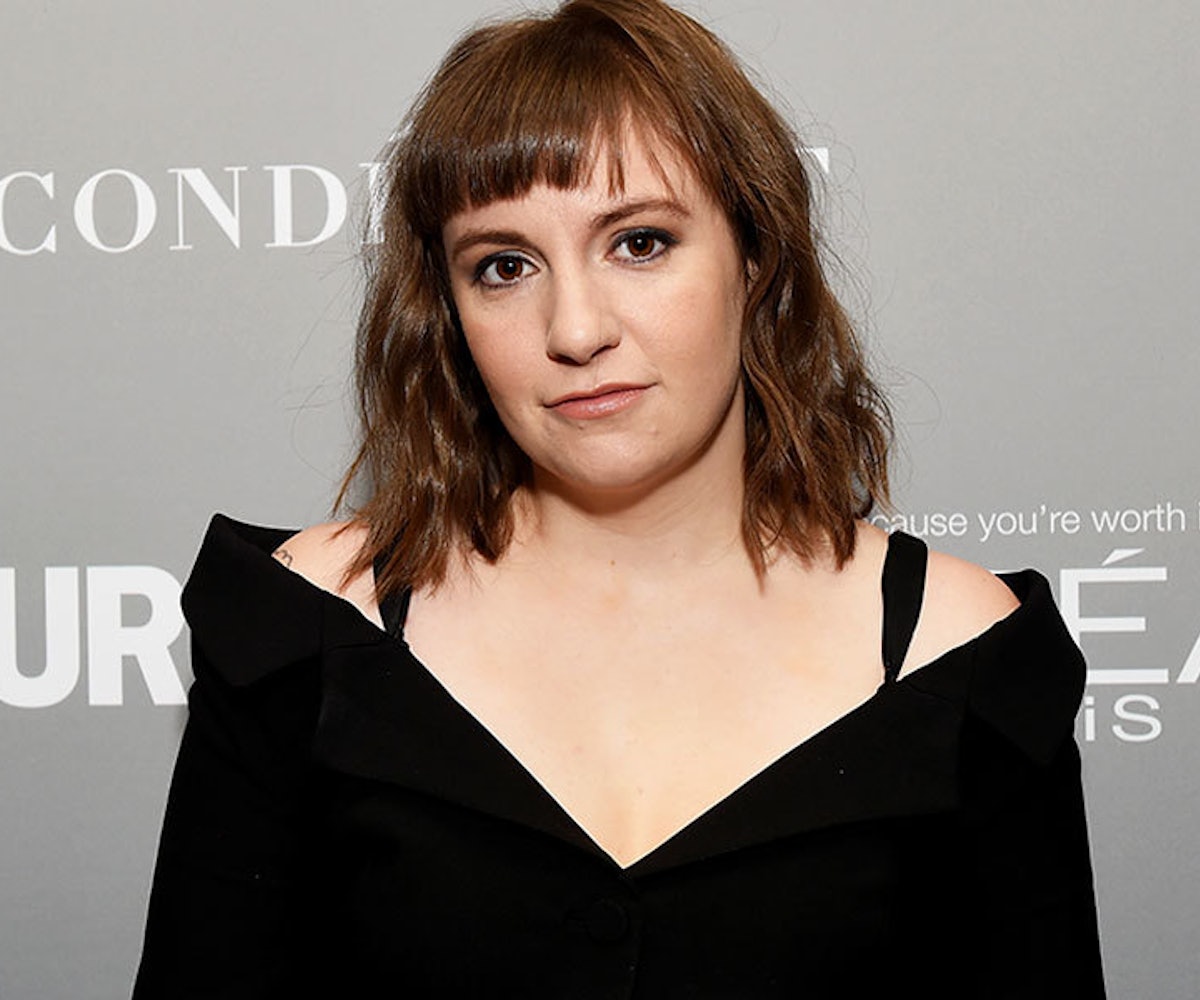 With the recent exit of some of print media's top dogs, such as Glamour’s Cindi Leive and Vanity Fair’s Graydon Carter, many believe that the age of editor-in-chiefs as celebrities might be coming to an end. But, what about an age of celebrities as editor-in-chiefs?

According to WWD, it’s rumored that Glamour’s next editor-in-chief might very well be Lena Dunham. The actress and outspoken feminist has shown face at a number of the glossy’s events over the past few years, and now, according to the Condé Nast rumor mill, the two are allegedly in talks about the role.

However, Dunham is not the only one rumored to be in consideration. Some of fashion media's biggest names—Refinery 29’s Christene Barberich, Teen Vogue’s Elaine Welteroth, and even Man Repeller’s Leandra Medine—have also been thought to be possible contenders.

While we can imagine this position a dream scenario for Hannah Horvath, should Girls have had an alternate ending, we’re wondering how Dunham could handle the full-time job alongside her many other projects . On the other hand, if there were one celebrity to represent Glamour’s feminist message of empowerment, Dunham would be the one.

NEXT UP
Fashion
The Best-Dressed Celebrities At The 2022 Cannes amfAR Gala
Fashion
Olivia Rodrigo Wore The Tiniest Mini Skirt For Her Sour Tour After-Party Look
Fashion
Low-Rise Jeans Were A Celebrity Style Staple In The Early 2000s
Fashion
How To Shop For Plus-Size Vintage, According To Experts