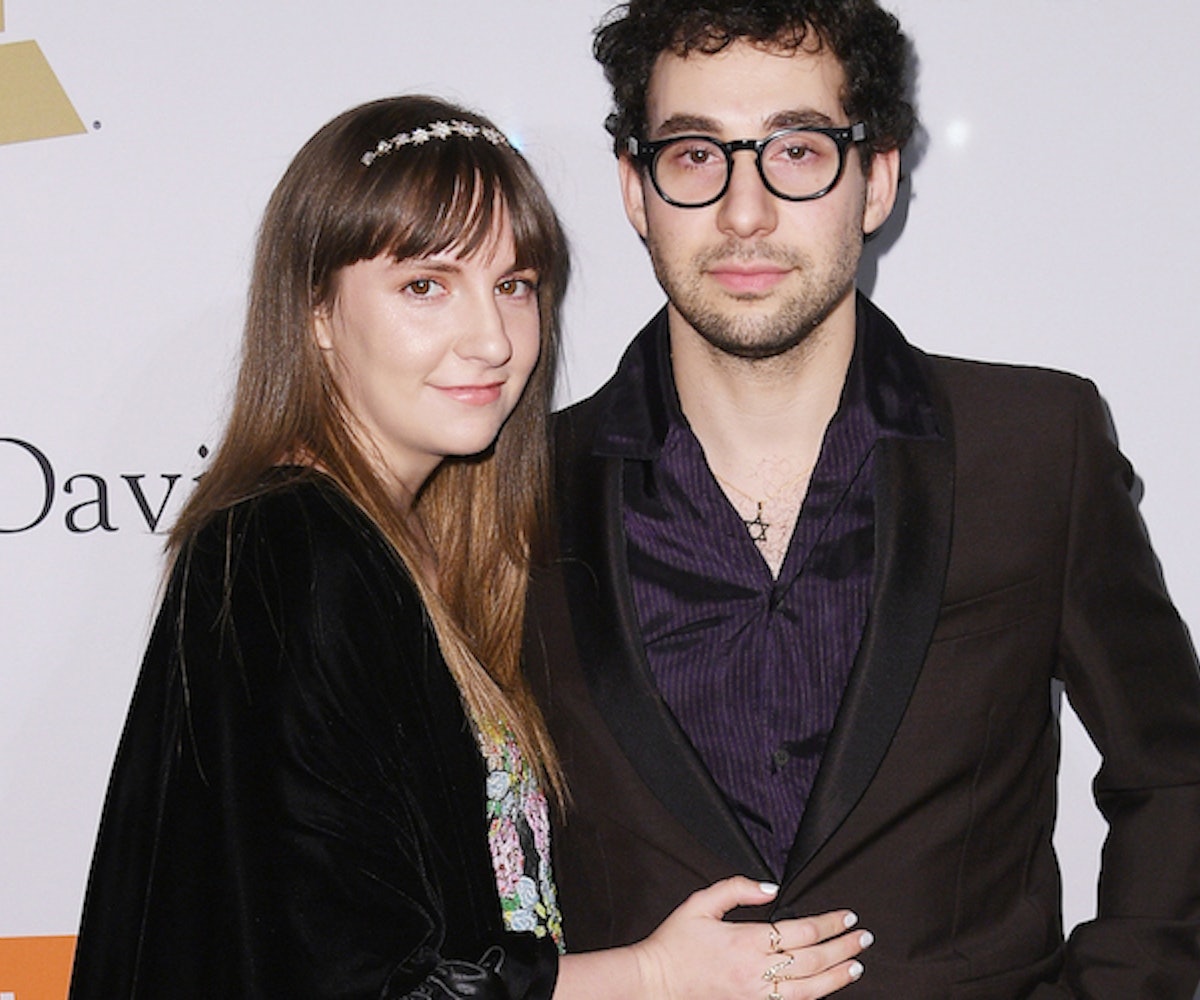 Earlier this week, news broke that, after five years together, Lena Dunham and Jack Antonoff have split. The breakup was allegedly mutual and the two remain amicable, with a source reporting to E! that they were simply “growing apart” and that it “made sense for them to end it where it was.”

Since the news broke on Monday, Dunham posted a quote, reading "Starting over is the beautiful moment where you choose yourself," to her Instagram, implying that she’s treating the split as a new beginning. However, it wasn’t until she went on Instagram Live yesterday that she explicitly addressed the breakup.

According to E!, she started off the session by thanking her followers for their support, and then went on to share that she’s still wearing a ring from Antonoff despite the breakup. “I’m wearing this ring that Jack gave me, and I’ll always wear it, because love is a really cool, powerful, eternal thing and it doesn’t have to be defined the way we in Western culture define it as beginnings and ends," she said. "You’re a drop of water, and you re-enter the ocean.”

Well, there you have it. Sometimes you don’t have to throw all the jewelry your ex gave you in the trash. (And sometimes, you can even remain friends.)