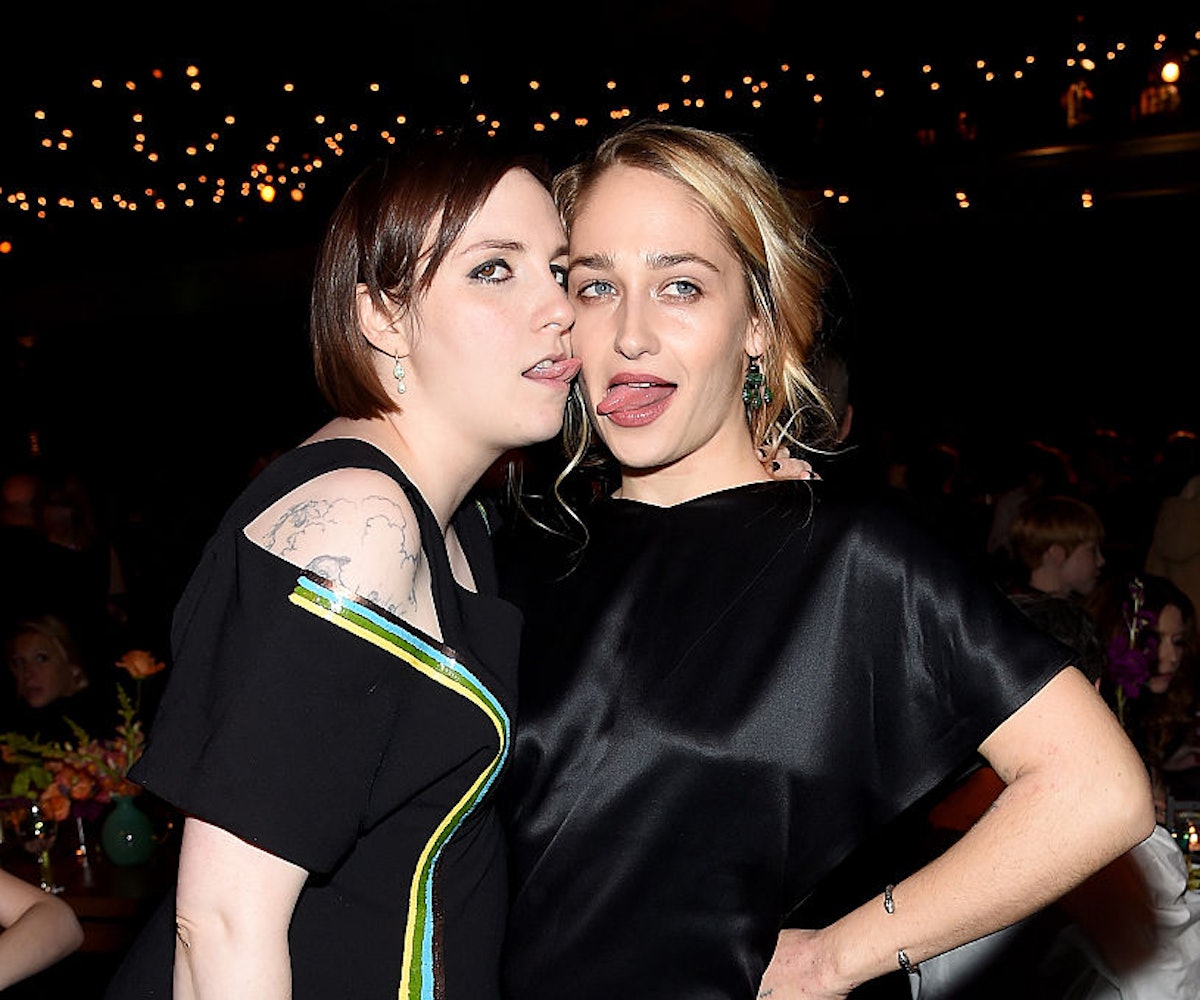 New Zealand lingerie brand Lonely is known for its unconventional approach to promoting its beautiful, idiosyncratic brand. Rather than go the super-Photoshopped, shimmery-skinned, pushed-and-pulled-to-within-an-inch-of-their-lives route with models, Lonely gives a naturalistic glance at what a wide variety of women (with an accompanying wide variety of body types) look like in their sheer, lacy concoctions. Via its Lonely Girls Project, an ongoing photographic series, the brand showcases "candid portraits of inspiring women in their natural environments wearing Lonely, their way."

The latest Lonely Girls portrait series is launching next week, but the brand offered us a sneak preview of a photo capturing Girls stars Lena Dunham and Jemima Kirke, lounging together in their underwear in a bathroom, as they're prone to do on the show, and, it seems, in real life. (What? We love nothing more than hanging out in pretty underwear with our loved ones in the bathroom too. Really.)

The photo is incredibly compelling, due in no small part to the total lack of retouching involved. Both Dunham and Kirke are beautiful women, but there's little doubt that most other lingerie brands would have altered their appearances for ad campaigns. Instead, we all get to experience an unfiltered look at these women in their natural, perfectly imperfect states.

Or, as Lonely says about this project:

Each of the women who participate in this project is empowered because they are not objectified; they are part of a conversation that disrupts paradigms around the way lingerie is typically presented. Giving a glimpse into their worlds, we hope, amplifies this conversation and makes us all feel a little more liberated and comfortable in our own underwear.