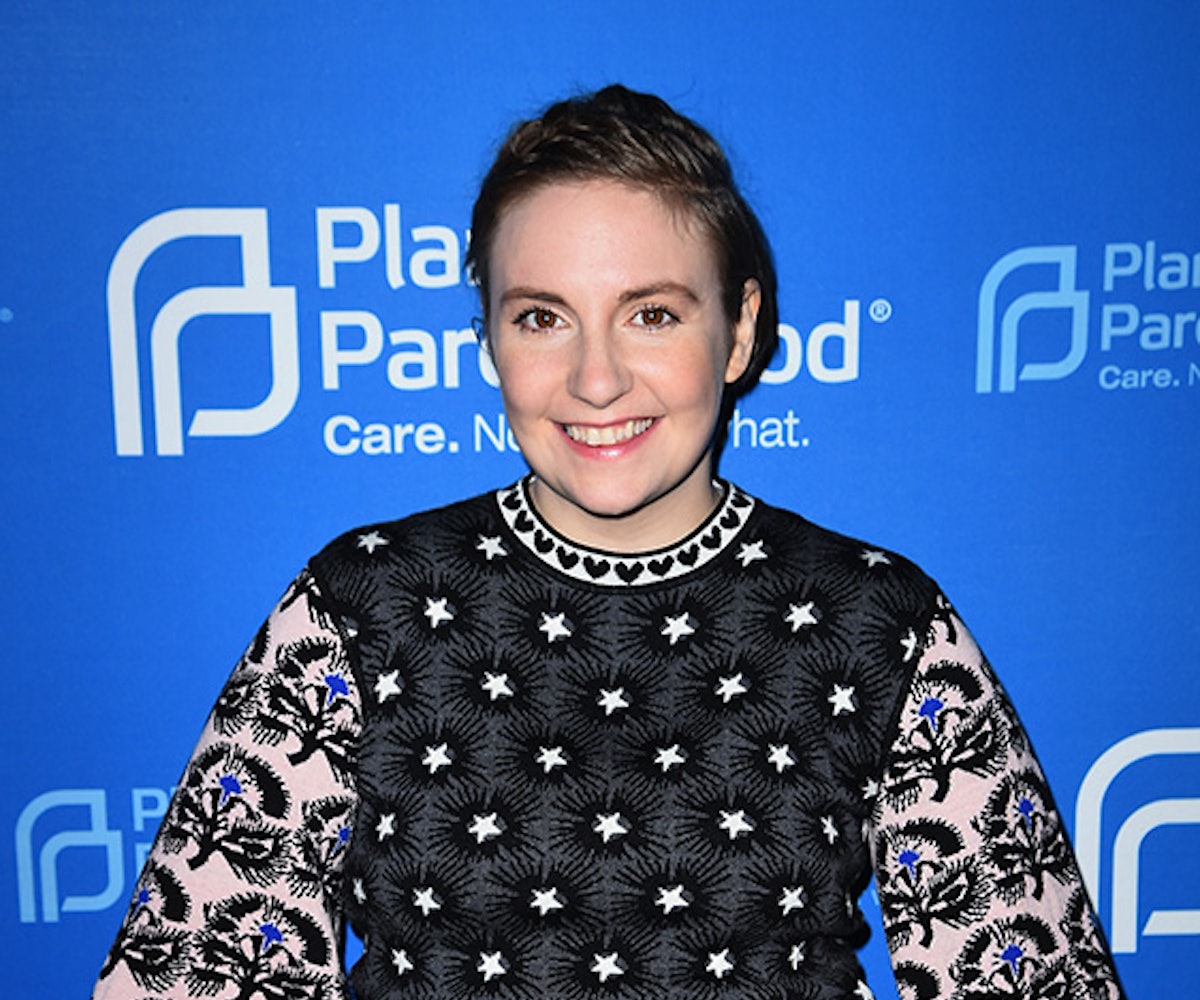 Saturday morning Lena Dunham was hospitalized for a ruptured ovarian cyst. She will undergo surgery before being discharged from the hospital. It appears the rupture is connected with her ongoing endometriosis.

The author and actress recently opened up about her experience with endometriosis in a personal Instagram post, saying that she would be taking time off from press junkets for the final season of Girls because of the condition. She explained that endometriosis is a, "a chronic condition that affects approximately 1 in 10 women's reproductive health," and that as she was going through a rough patch with the chronic illness, her doctors advised her to get some rest. This announcement came months after Dunham first detailed her experiences with the condition in an essay for Lenny titled "The Sickest Girl."

As The Guardian points out, endometriosis is difficult to diagnose, so most cases get unresolved, forcing many women to live simply with the pain of the growth of uterine-lining tissue outside the uterus. This condition can affect fertility, greatly increase menstrual pain, cause fatigue, and bring about a number of other symptoms. While it is not a life-threatening illness, it is one that especially affects a woman's life. Dunham previously underwent surgery to fight the illness in November.

"I know I'm lucky in the grand health scheme, but I also know that I am one of many women who grasp for a sense of consistent well-being, fight against the betrayals of their bodies, and who are often met with skepticism by doctors trained to view painful periods as the lot of women who should learn to grin and bear it," she wrote on Lenny. "I hope for a world where illness isn't equated with weakness, where mental-health issues do not discount physical ones, because, guess what, we are complex beings."

NEXT UP
Entertainment
Andrew Scott Is Happy To Follow A Woman’s Lead
Beauty
My New Favorite Beauty Hack: Custom-Fit Whitening Trays Without The Dentist
Beauty
Meet Erika “Babygirl” De Leon, The B-Girl Who’s Empowering A New Generation of Female Breakers
Entertainment
Nobody Is Ready for Girlpool To End — Except Maybe Girlpool