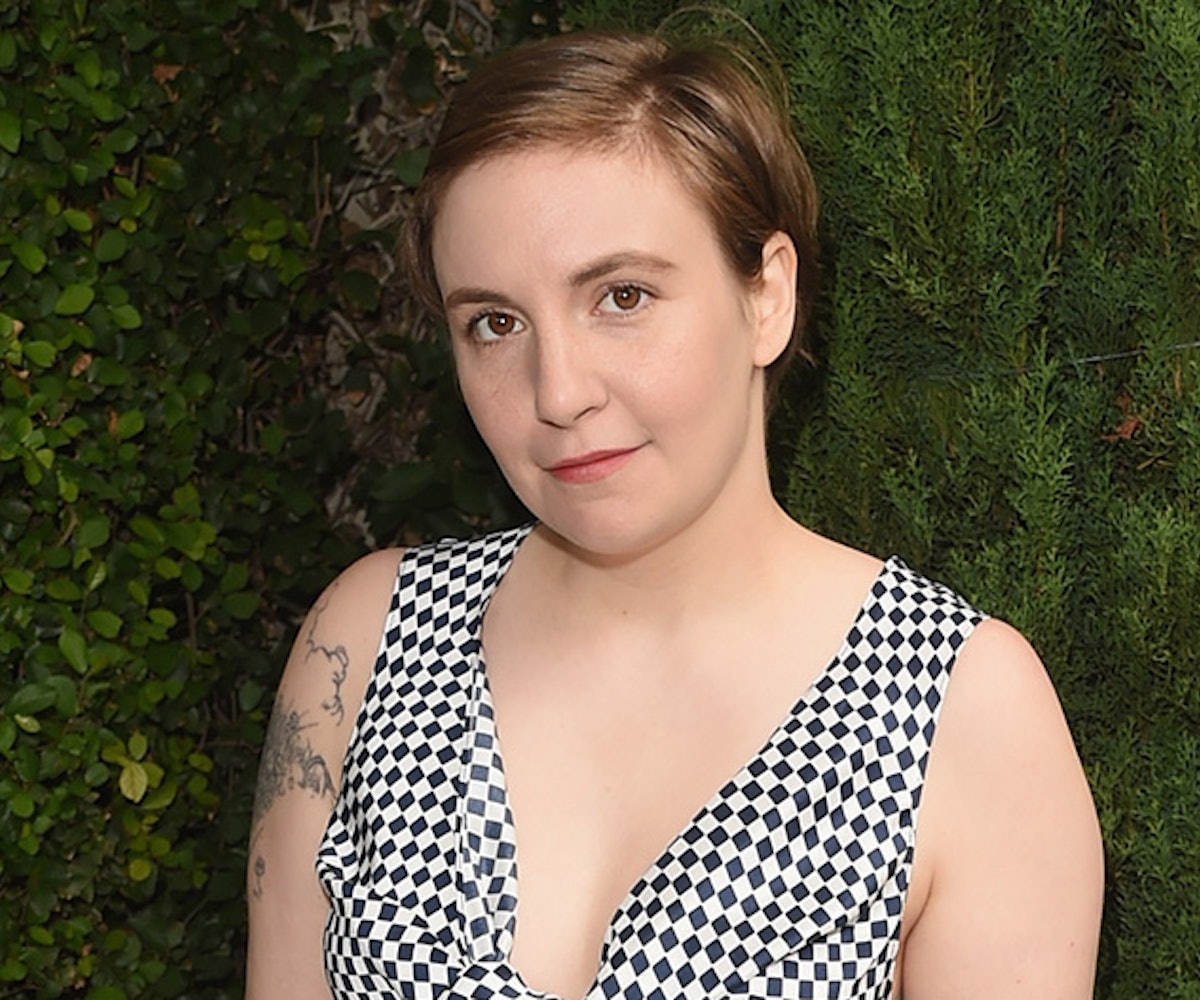 Photo by Jason Merritt/Getty Images for The Rape Foundation.

The podcast world can be intimidating. Someone you know listens to one (or two, three…) and you perhaps—if you’re like me—have always felt like an outsider too timid to dive in. (Hulu’s Difficult People had an episode devoted to this and it’s a must-see.) Well, Lena Dunham is here to help you bite the bullet.

that she’s launching her very own podcast. It’s called Women of the Hour and it’s about everything you think a Lena Dunham podcast would be about. “Created with my old friend Jenna Weiss-Berman, produced by BuzzFeed and the all lady pod-squad, our goal was to bring you news and wisdom you can use from women living their best life,” she tweeted. Basically, it’s going to be a season of nice-sounding voices, of really cool individuals, talking about feminism, gender, sexuality, and all the things in-between. Sign us up.

The five-minute preview boasts a hefty roster of guest stars like Jemima Kirk, Amy Sedaris, Janet Mock, Mindie Lind, and Emma Stone who talks about the versatility of the word “dude.” Of course, that’s just a small preview of the podcast’s guest stars. There’s going to be something here for everyone, and definitely fodder to make the conversations at your next dinner or drinks sitch with the girls a lot more robust.

Women of the Hour debuts November 5 on iTunes, SoundCloud, and Stitcher.