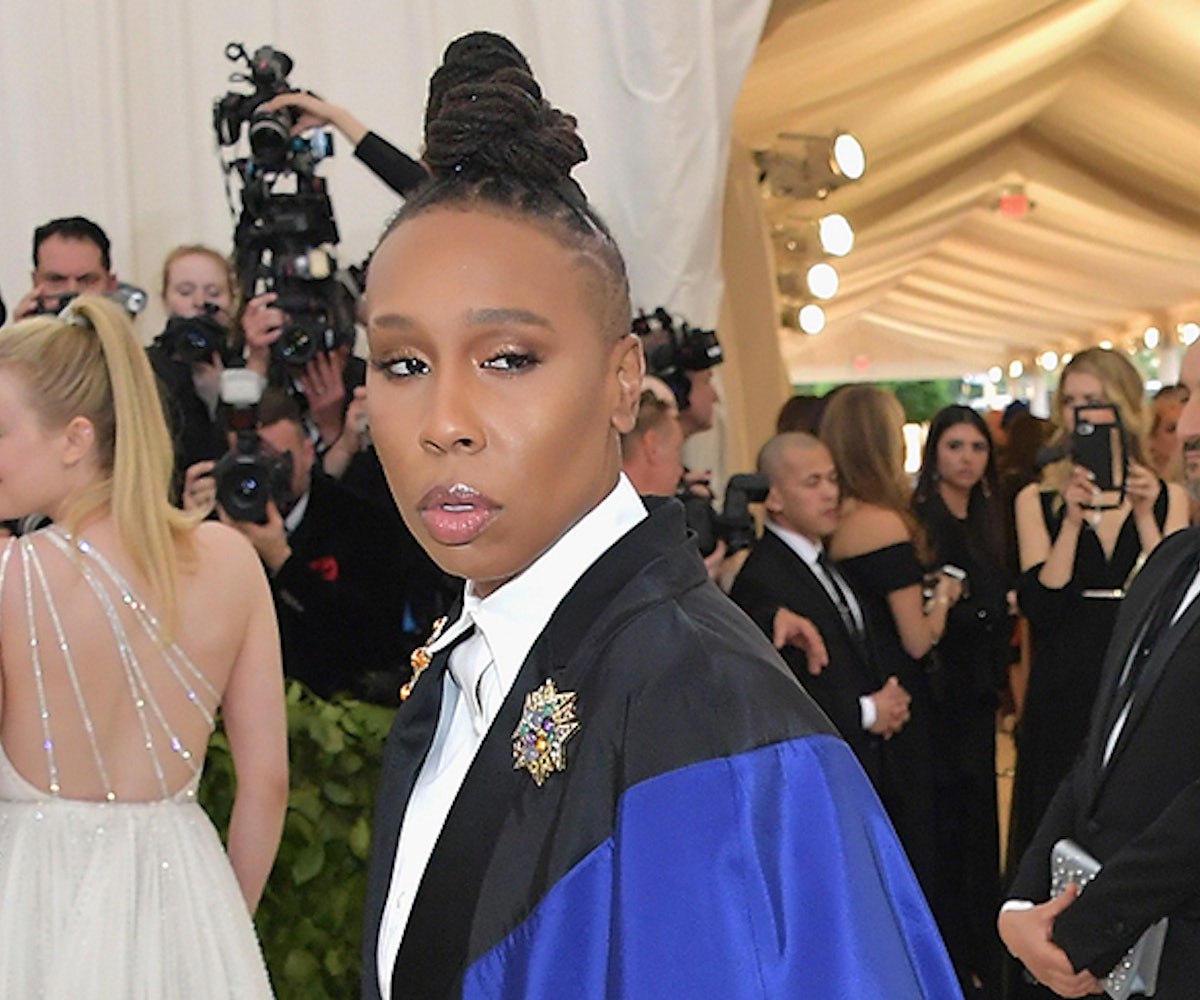 The 2018 Met Gala theme is centered around the intersection of Christianity and fashion. Rihanna showed up in a full papal look. Lena Waithe? Girl pulled up in a giant rainbow Pride Flag cape. Take that, church. Hello, statement!

Really, though. It's more of a statement than a fashion moment considering how homophobic and transphobic the Catholic church can be. The celebrated writer and the first African-American woman to win an Emmy Award for best writing for a comedy series paired the cape with a tuxedo. The cape, however, remains center stage. It's bold. It's queer. It's a direct contrast to the angelic styles that have walked before her and will do so after. When the queer praises go up, the queer blessings really do come down.

NEXT UP
Entertainment
The 2023 Met Gala Theme Is Karl Lagerfeld: A Line In Beauty
Fashion
Apple Martin Is A Chanel Girl Now
Fashion
R&B Artist María Isabel Is Making Room For New Style With Nuuly
Fashion
Telfar Thinks You Need An It Wallet To Go With Your It Bag
Style + Culture, delivered straight to your inbox.