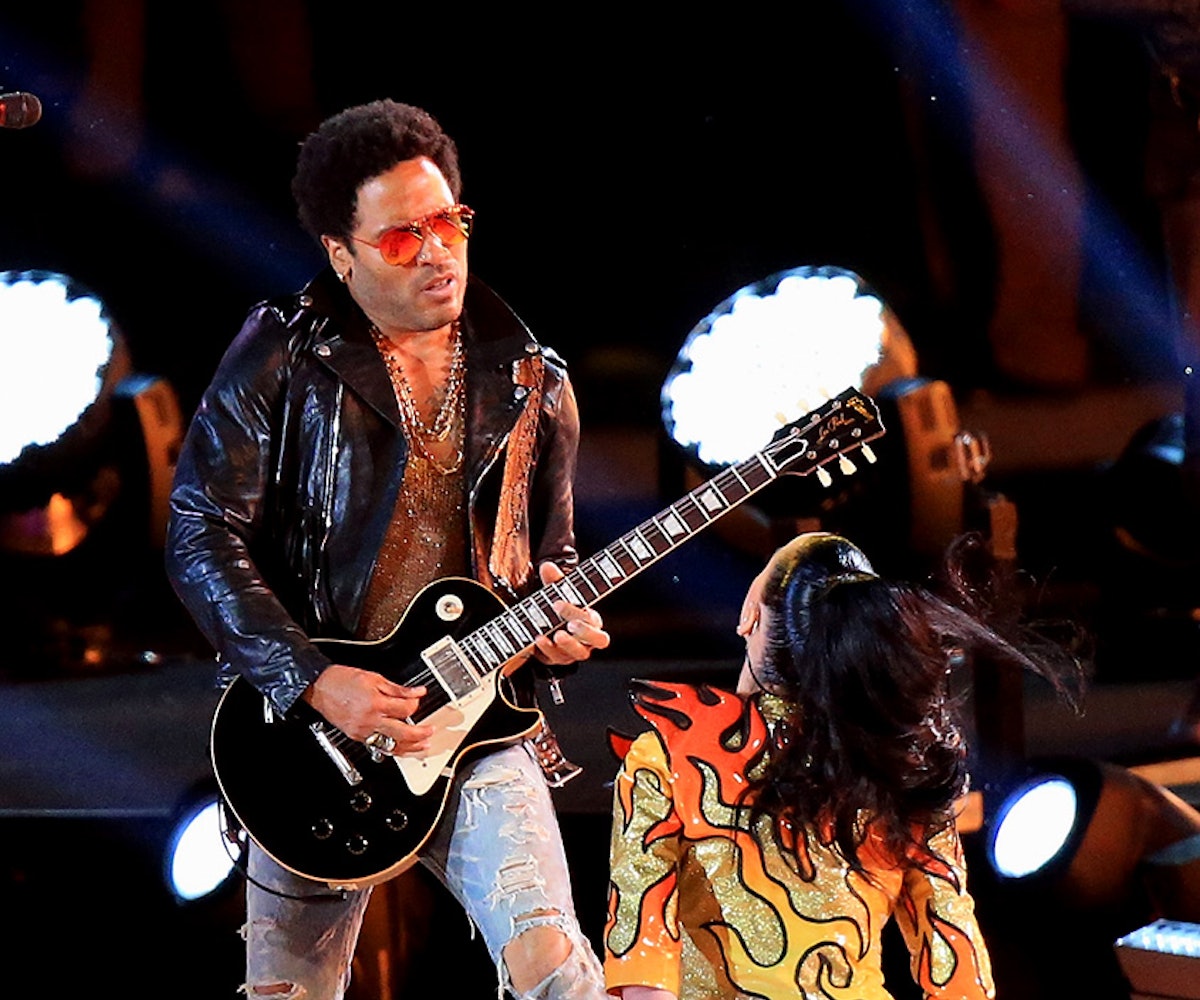 Yesterday, the Internet watched, captivated, as Lenny Kravitz split open his leather pants. He was commando, he was pierced; everything was beautiful and nothing hurt. Everyone furiously typed away, Googling, "Lenny Kravitz wardrobe malfunction," clicking on as many links as they could to find an unblurred video (which was, as many found out, harder than anyone could have anticipated).

They waited and speculated about cock rings until they could hear from the man (the myth, the legend) himself. Then, came a lone Tweet. It was a screenshot of a text from Steven Tyler, "Dude... No underwear and pierced... Fuck me.. You never showed me that shit," it read. Kravitz's response? A lone hashtag: "#penisgate."

But what does it all mean? the Internet wondered. Would it happen "again"? "It ain't over 'til it's over," they consoled one another.

And, indeed, there may come another day when it will all "fly away." But until then...

NEXT UP
Entertainment
Soccer Mommy, Wet Leg, & 48 More Artists Made An Album For Abortion Rights
Life
NYLON Newsletter: October 4, 2022
Life
Read An Exclusive Excerpt From I’ve Had To Think Up A Way To Survive: On Trauma, Persistence, and Dolly Parton
Life
On Repeat: Vaquera’s Away Collaboration Is Brought To You By Britney Spears B-Sides