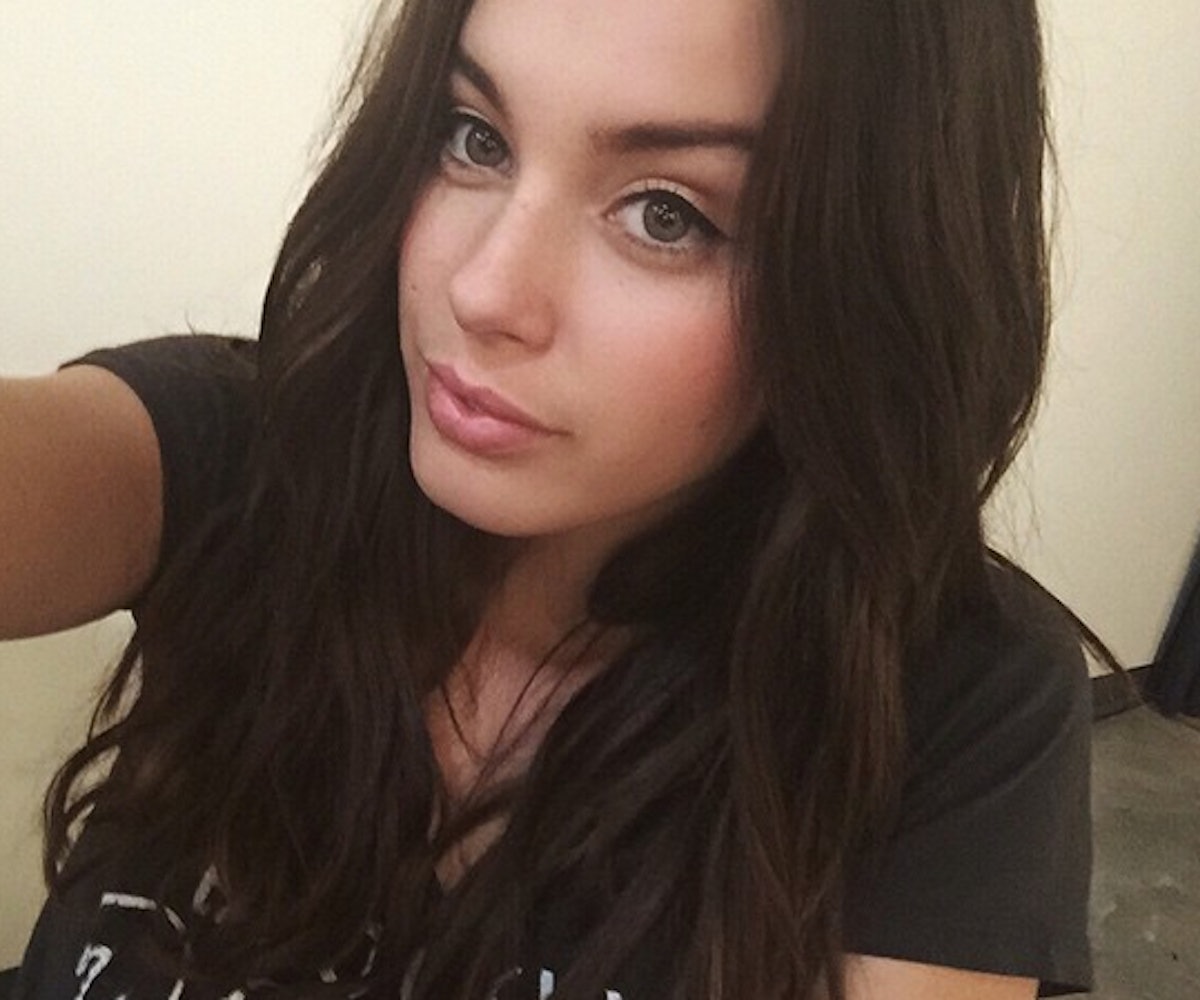 Translation: he was hanging out on a secluded beach near St. Barths, vaping with a gaggle of beautiful mystery women. One that stood out among the flock was a brunette who seemed to be getting close to Leo, but not too close because of cameras and the internet and stuff. The following day, photos of the New Year's Day beach party made the rounds on gossip blogs, and another chapter in Dicaprio's sacred scroll of womanizing had been written.

Today, that scroll grows longer, as new photos from Dicaprio's never-ending vacation have emerged, this time of him alone with the brunette we mentioned earlier. Right now, she's being referred to as "pretty brunette friend by sites like Just Jared, but we can tell you that her name is Denise Schaefer and she's a--you guessed it--model.

Schaefer is part of a new breed of very attractive women who are launching modelling and acting careers based on the power of their Instagram accounts. Schaefer's, which has over 91,000 followers, is peppered with glamour shots, bikini pics, and candids of her partying with her equally attractive friends. She's living out the fantasy of many women her age, and is the fantasy of many men of all ages (gross). The LA-based Schaefer has parlayed that cocktail of desire into budding social media fame, which sometimes can translate to IRL fame. In her case it's led to editorials for magazines and clothing brands, a nationally televised Carl's Jr. spot, a small part in the upcoming Miles Teller-led boxing movie Bleed For This, and based on her Instagram, a private jet ride for her and all her friends to St. Barth's. Good for her.

Dicaprio, who accompanied Schaefer on board Russian businessman Roman Abramovich's yacht, is twice her age, which some people might understandably find a bit skeezy. However, nothing from this paparrazzi shots indicate that his relationship with Schaefer is of a sexual nature. There's a good chance they're just buddies, evidence of which is provided below.