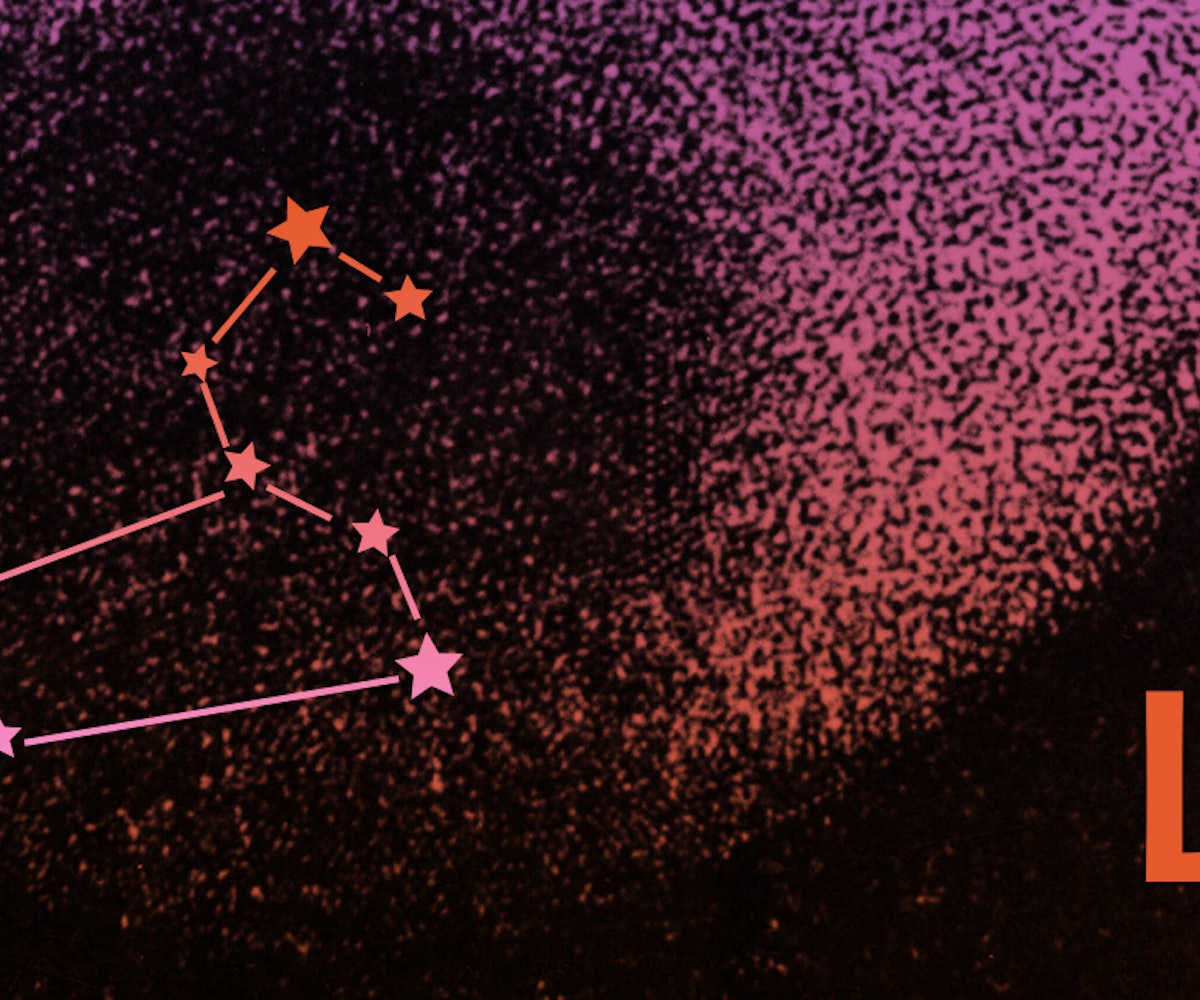 There are a lot of astrological signs whose properties are somewhat ephemeral, making it hard to accurately guess if a person falls under their aegis. Virgo, for example, is a tricky one, because when you think "control freak," you don't necessarily correlate that with "creative genius," and then you remember Beyoncé and you think, Oh, right, she has the range. Or, there's Aquarius, who can also be elusive, because their whole thing is being enigmatic and mysterious, and so naturally they're often difficult to spot in a crowd. (Or maybe not, because they are also pretty much always the person to whom you'll be inexplicably magnetically drawn.)

Let me list for you some famous Leos, and see if you can find a single person on it who isn't completely thrilled that, out of all the people who have ever or will ever be alive, they get to be exactly who they are: Jennifer Lawrence, Madonna, Jennifer Lopez, Barack Obama, Mick Jagger, Arnold Schwarzenegger, Cara Delevingne, Bill Clinton, Charlize Theron, Roger Federer, J.K. Rowling, Halle Berry, Kylie Jenner, Chris Hemsworth.

And, in fact, it is this goal, this lifelong quest, to become their ultimate selves that give Leos the aura of being always hungry, incredibly ambitious, constantly on the prowl. A Leo feels like they have a mission, and lives life accordingly, always exploring what's next, always venturing into new territory, but never, ever losing their sense of self in the process.

Think about those people I just named; no matter where they range in their careers—whether they ventured from music to acting (Lopez), or acting to politics (Schwarzenegger), or modeling to acting (Delevingne), or reality TV to makeup mogul-ing (Jenner)—they're all the kind of people who are recognizably themselves at all times. And all of them have transcended their work in such a way as to become judged as people rather than as actors, musicians, athletes, or politicians. I mean, we all still love Barack Obama, right? Right! And while undoubtedly much of that is because he wasn't an amoral psychopath like a certain Gemini president who shall remain nameless, it's also because of who he seems to be as a person, a total dad, which is just another way of saying that he was always feeling himself, because dads feel really good about being themselves.

And, look, it's not a bad thing to feel good about being yourself. But feeling too good about being yourself can lead to some pretty sticky situations (we're not not looking at you, Bill Clinton). And a Leo can have a little bit of an ego problem. Okay, just kidding—a Leo never has a little bit of anything; a Leo has the lion's share of everything, and that includes their ego. A Leo tends to have a full-blown messiah complex (why yes, Harry Potter, while fictional is a Leo), a willingness to rewrite history in order to support their newly imagined version of an already established narrative (oh, hello, J.K. Rowling), and gets very, very upset when they are called out for being wrong. This is because a Leo never thinks they're wrong; a Leo's conviction in themselves is so deep, in fact, that they fully believe their own lies, because they cannot conceive of anything they believe to be true as not being true (we meet again, Bill Clinton). If a Leo had a motto, it might just be, "It's not a lie if you believe it."

I worry a little like I'm making Leos sound like pathologically lying egomaniacs, and maybe I am, and maybe they are, but that doesn't mean that I don't think Leos aren't great, because I actually do think Leos are great—especially when their fire is tempered via a partnership with someone a little more grounded, like a Capricorn, say, as in the relationship of Michelle and Barack Obama. And I also think that the world needs people who really believe in themselves, because how else would anything ever get done? Like, imagine if the world were run by Pisces? Everyone would just be floating on a raft in the middle of a lake looking up at the clouds, and then where would we be? (Well, actually, that doesn't sound so bad, but that's not the point right now.)

But, look, even if I am being critical of Leos, it doesn't really matter, because no Leo gives a fuck what I—or anyone else—thinks about them. Like, do you really think Lawrence gives a fuck? Of course not! Her whole thing is not giving a fuck. But whereas that always feels like an act when another celebrity does it, it is 100 percent true with Lawrence. She does not care about anything—even terrorizing an airplane full of people by screaming that their plane is going down! (It was not going down; see the above paragraph about how Leos are lying egomaniacs.)

So Leos, know that I like you, even though I also know that you don't care at all that I like you. But all I ask of Leos, everywhere, is to please keep on being you, occasionally offer some hair advice to the rest of us, and, you know, be respectful of your fellow air travelers. It's stressful enough up there in those flying metal tubes without having to listen to you scream about crashing.