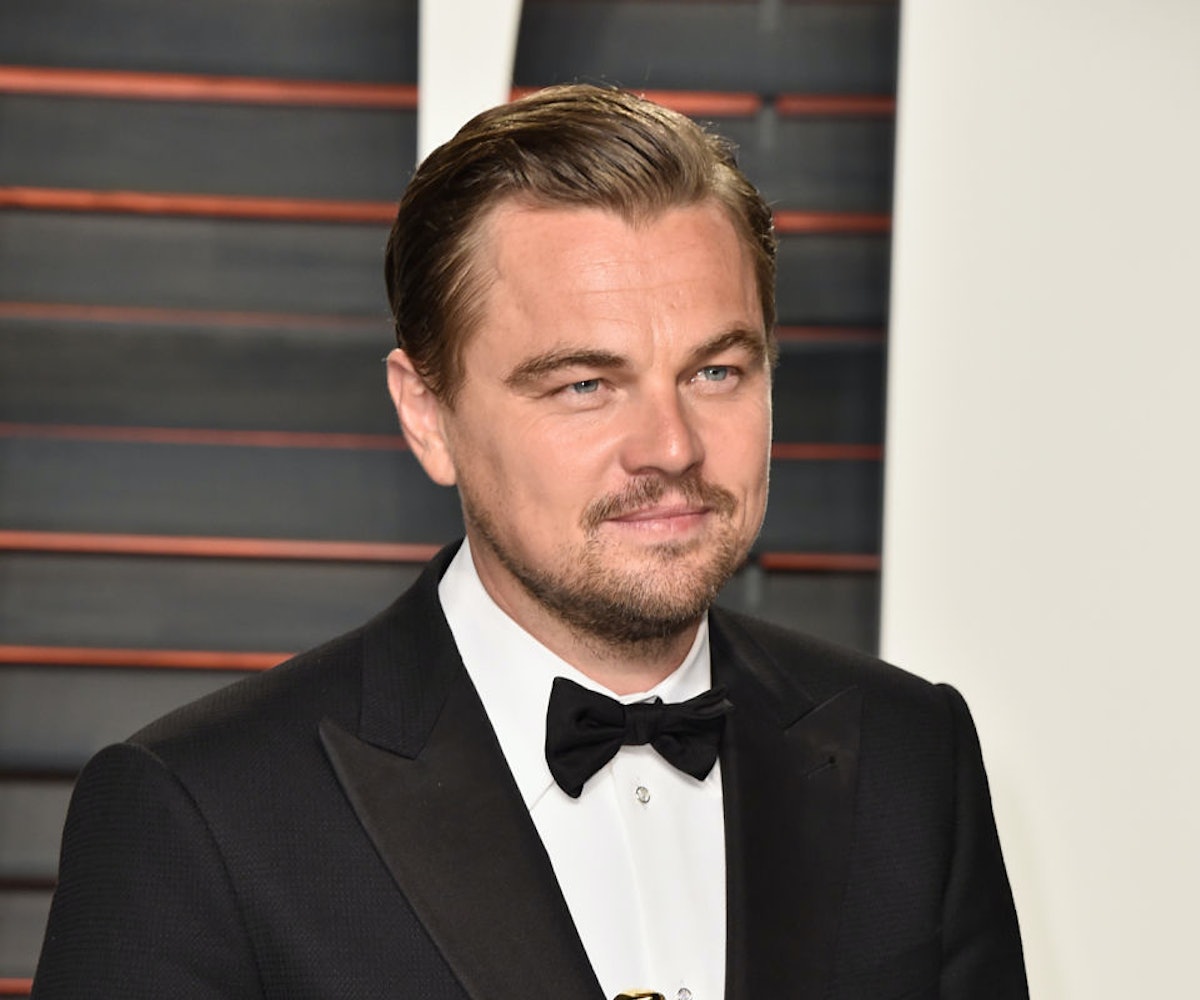 Last night's Oscars belonged to Leonardo DiCaprio. Among the many standout moments, his long-awaited win for Best Actor became the most-tweeted moment in Oscar history, surpassing Ellen DeGeneres' selfie from a few years back. So it made sense then, that at the Vanity Fair Oscars Party, the mag came armed with the face swapping app MSQRD, and asked a bunch of the attendees to put on a digital Leo mask and give their best (or worst) impressions. Kate Upton, Mindy Kaling, Judd Apatow, Conan O'Brien, and a bunch of other famous people were up for the challenge. Larry David however, was not. And the highlight of the video came when they asked DiCaprio's mother, Irmelin, to give it a try. "Oh I know this," she told them. "He's done that for me." So now we know that DiCaprio has swapped his face for his face using a smartphone app so he could freak out his mom. We dig it.