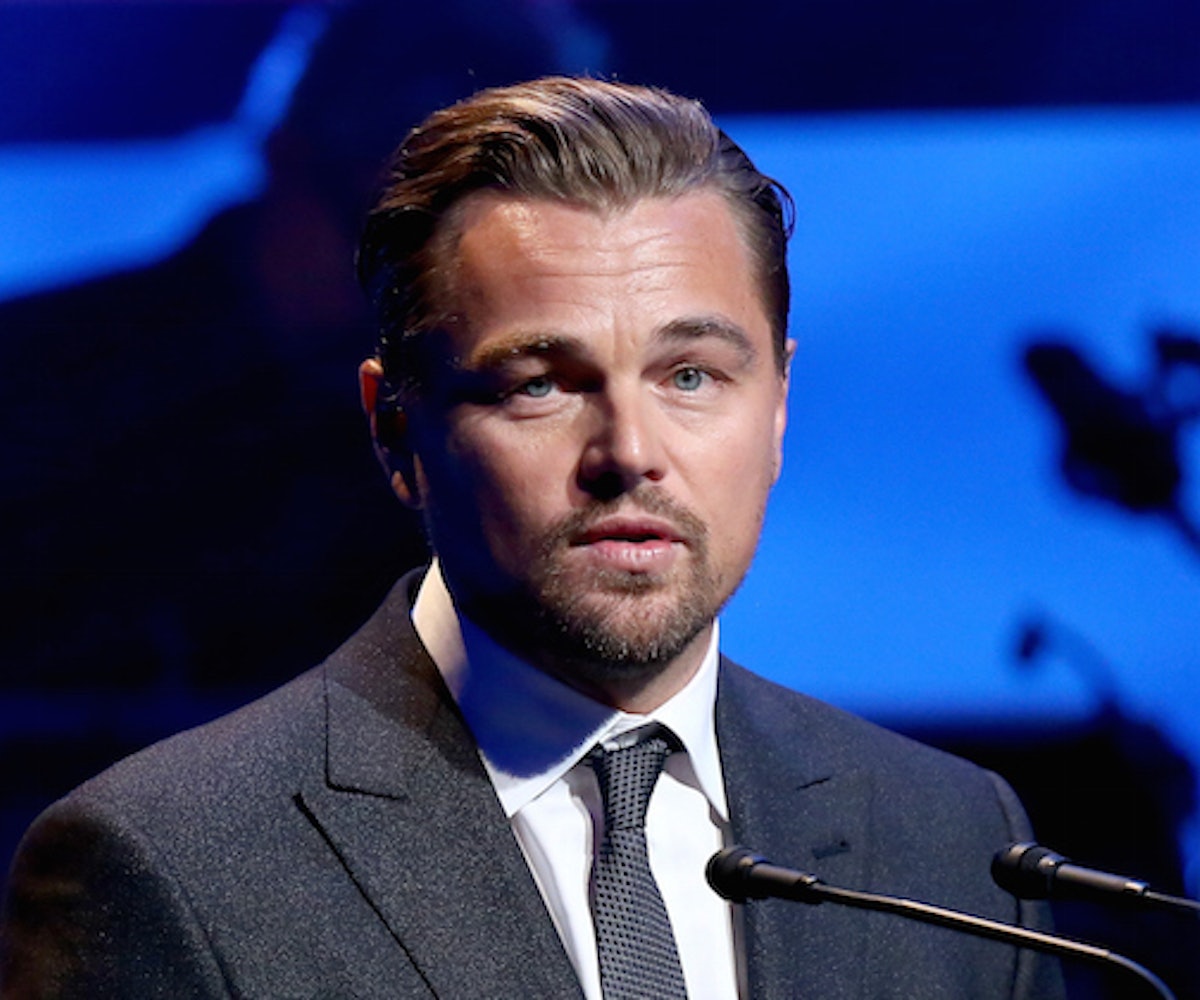 We don’t know exactly what Leonardo DiCaprio did to God, the Universe, Zeus, or whatever powers pull the strings up there, but it must have been something. Perhaps it was goatee-related. You think? Whatever it was, the Fates seem to have it out for the still-Oscarless star of Growing Pains (oh, and the upcoming The Revenant) as evidenced in this brand-new, thrilling interview in Wired magazine.

In it, DiCaprio lists the many ways Odin, R’hllor, or whoever have tried to kill him off. After relating how days of standing in ice-cold rivers while shooting The Revenant required, “a giant hair dryer with octopus tentacles” (fascinating) he said, “My friends have named me the person they least want to do extreme adventures with, because I always seem to be very close to being part of a disaster. If a cat has nine lives, I think I’ve used a few. I mean, there was the shark incident…” Yes, the shark incident. Yes.

On top of being trapped in a shark cage that actually let a shark in as opposed to keeping it out, DiCaprio has also jumped out of a plane to find that both his primary and reserve parachutes wouldn’t open and was on yet another plane where the engine straight-up exploded. “I was sitting there looking out at the wing, and the entire wing exploded in a fireball. I was the only one looking out at the moment this giant turbine exploded like a comet. It was crazy.” Yes, crazy. Yes.

To read all about DiCaprio’s experiences with airborne disasters and “the shark incident,” go to Wired right now. Also, as much as you might want to get close to him, keep your distance. Leonardo DiCaprio is bad, bad luck. Even the Academy Awards know it.