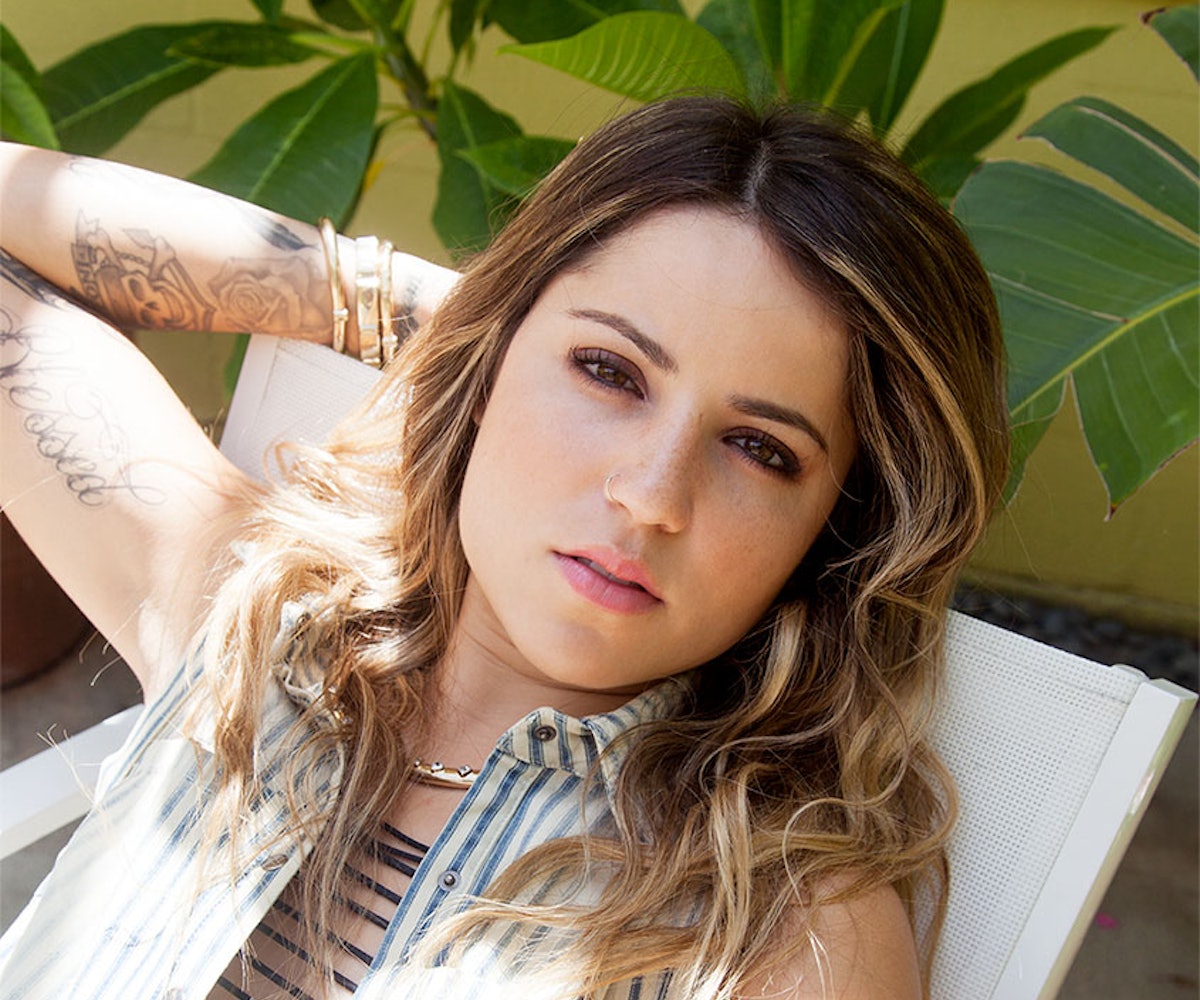 The 22-year-old, three-time X Games gold medalist Leticia Bufoni is tearing up the pro street-skating scene, one title at a time.

“I was nine or 10 when I started skateboarding in São Paulo, and at first my dad didn’t like it. But I was 11 when I won my first contest, and he’s supported me ever since.”

Ranked as the number-one women’s street skateboarder by World Cup Skate four years in a row, from 2010 to 2013

Won her first X Games gold medal in Women’s Skateboard Street in Foz do Iguaçu, Brazil, in 2013. “I was skating X Games for about five years and I always got silver or bronze. My first gold was at the X Games in Brazil; it’s one of the best memories I have in my life.”

Bared all in ESPN the Magazine for this year’s annual body issue, following in the footsteps of Olympians like Serena and Venus Williams, Michael Phelps, and Apolo Anton Ohno. “That was huge.”

Made her video-game debut in the new Tony Hawk’s Pro Skater 5 last month. “Tony Hawk is a guy that everyone knows—my dad knew him, my mom, everyone knows him. I grew up playing Tony Hawk. He’s the most famous skater, and to be in the game now is a dream.”

Sky diving. “I’ve been jumping for, like, a year and a half now. Every time I’m home I try to go and jump three, four, five times a day. I’ve done like 60 jumps. It’s super fun.”

Cop dodging. “Last week, I drove two and a half hours to skate a spot just to get one trick [on film]. We got there, set up all the cameras, and I tried four times before the cops came. We almost got a ticket. We had to jump the fence, so he got super, super mad at us.”

Entrepreneurship. “I’m sponsored by Nike, GoPro, and Oakley, but I don’t have a board sponsor. So, I’m starting a skate company called Yeah Yeah that will sell boards. I’ve also got a reality show in Brazil that shows all of my travel, contests, and photo shoots, and I’m about to film a movie called Skate God.”

Boarding for Breast Cancer ambassador. “It’s great to be part of the foundation and to be helping them; they’re doing important things.”