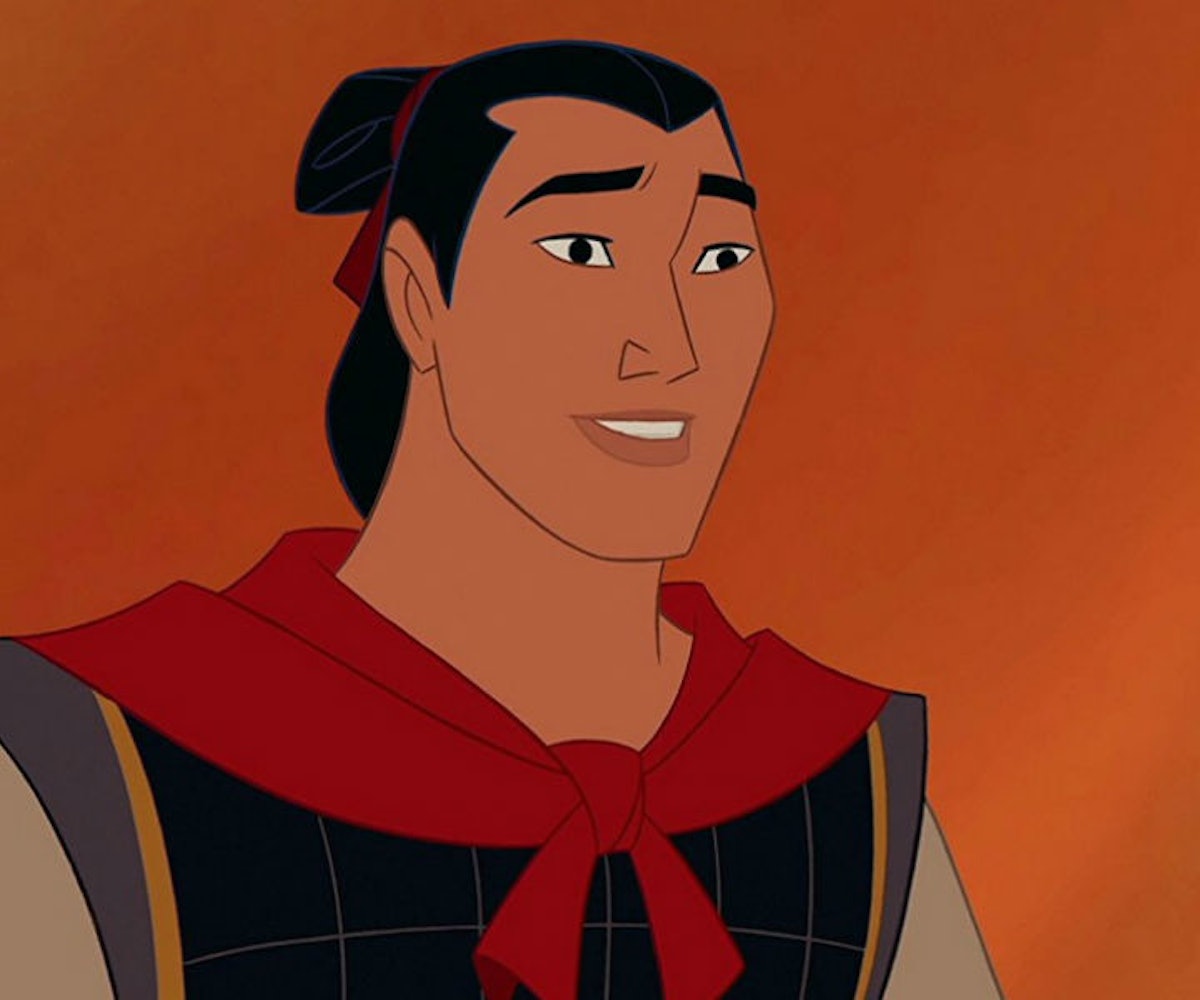 The live-action Mulan remake is quickly proving to be a magnet for controversy. Last week, it was revealed that a new "powerful witch" character is being brought on to play the villain, which left some fans mourning the change to the original narrative. And now, news that the character Li Shang has reportedly been cut from the film is further igniting fans' ire.

In the original film, Shang is a Chinese army captain, and Mulan’s love interest. But, according to a casting call, Mulan has a different love interest in the live action version: Cheng Honghui, “the best soldier in human history.”

People are upset because Shang has long been considered a bisexual icon in the LGBTQIA+ community, since his initial attraction to Mulan happened when he believed her to be a man, but then was maintained once he found out she was a woman. This kind of sexual fluidity is rarely seen in narratives like these, and so it's understandable that people don't want it erased.

But it seems like that's what will happen as the character of Honghui is described as being “full of himself, with a mean, bullying streak to him.” His feelings toward Mulan's male alter ego, Ping, are ones of rivalry, not love. It's only when realizing Ping is a woman that Honghui falls for her. So, yeah, that didn't go over too well with fans, who are lamenting the loss of a true "bisexual icon."

All we’re going to say is they'd better not get rid of Mushu, too.