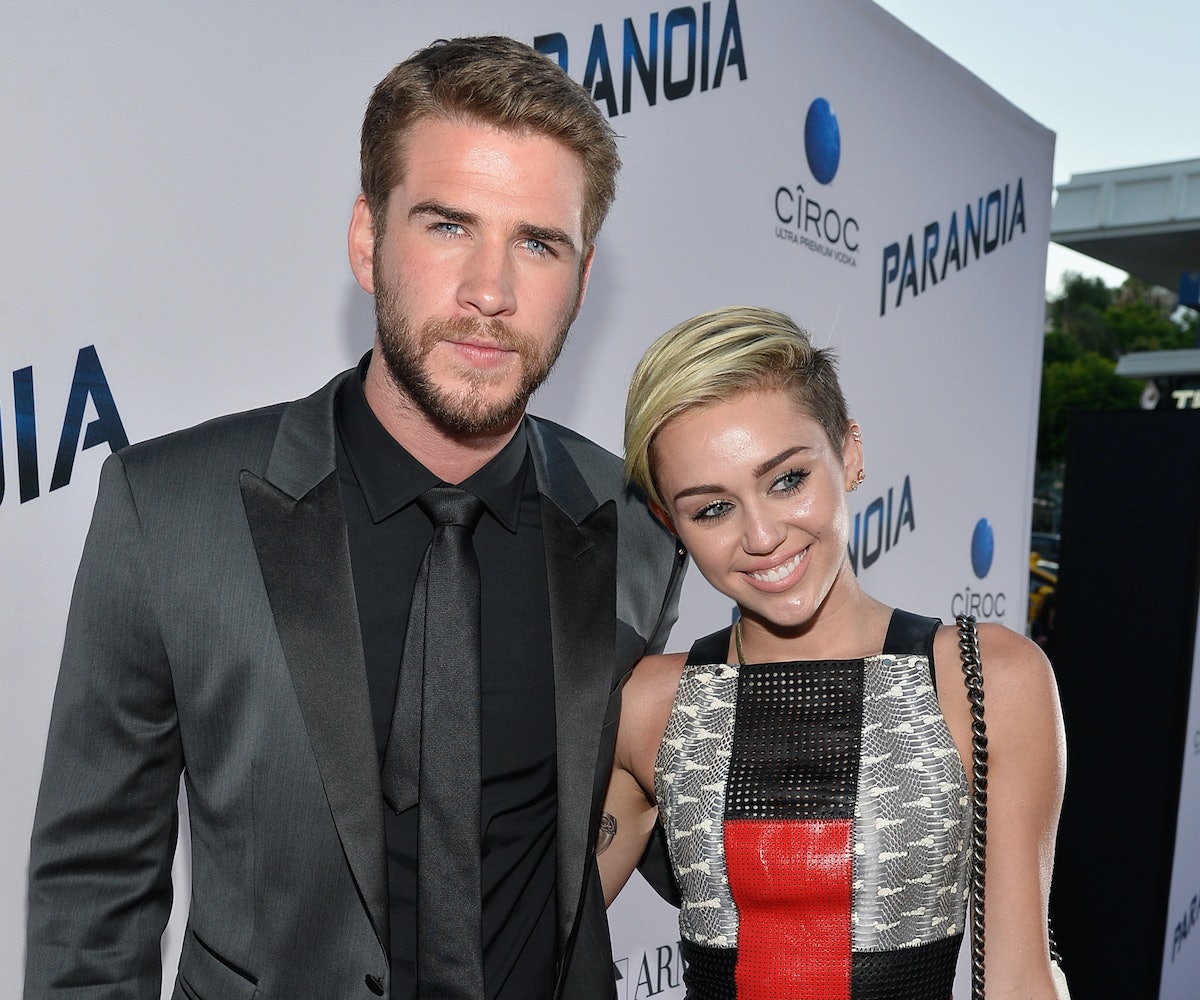 Liam Hemsworth and Miley Cyrus loved each other once, long before Cyrus became the psychedelic queen of weirdo art pop, and Hemsworth became one of Hollywood's most promising young leading men. In fact, it's been a whole two and a half years since the star-crossed lovers ended their engagement, and Hemsworth is finally opening up about his ex-flame.

In a new interview with Men's Fitness, Hemsworth makes it very clear that he has no regrets about his five year relationship with the pop star. "You fall in love with who you fall in love with; you can never choose," he said. "I guess some people just come with a little more baggage. I mean, look—we were together five years, so I don't think those feelings will ever change. And that's good because that proves to me that it was real. It wasn't just a fling. It really was an important part of my life and always will be. She's a free spirit. I think she'll always surprise people with what she does, but she's not a malicious person in any way. She's a young girl who wants to do what she wants to do."

Cyrus also hasn't shied away from discussing her relationship with Hemsworth, or from singing about it either. It's been widely speculated that "Wrecking Ball" was inspired by their tumultuous split. "I love Liam, Liam loves me," she said in 2014.

Cyrus has since found love in the form of Patrick Schwarzenegger, but Hemsworth hasn't been so lucky. "Dating's really difficult," he added. I'm constantly traveling, and I don't go out to clubs or anything like that. I have a great small group of friends in my life, but I barely ever meet anyone new. It's tough to have a relationship in this industry, though not to the point where it makes me depressed. I'm constantly working, and I love working. I don't feel like I'm missing out on anything at this point—I feel like I'm focusing on the right things and prioritizing things in the right way, and I'm a healthy, happy person."

Well Liam, if you ever do decide to find love, something tells us you won't be looking for long. Read the rest of Hemsworth's Men's Fitness interview here.