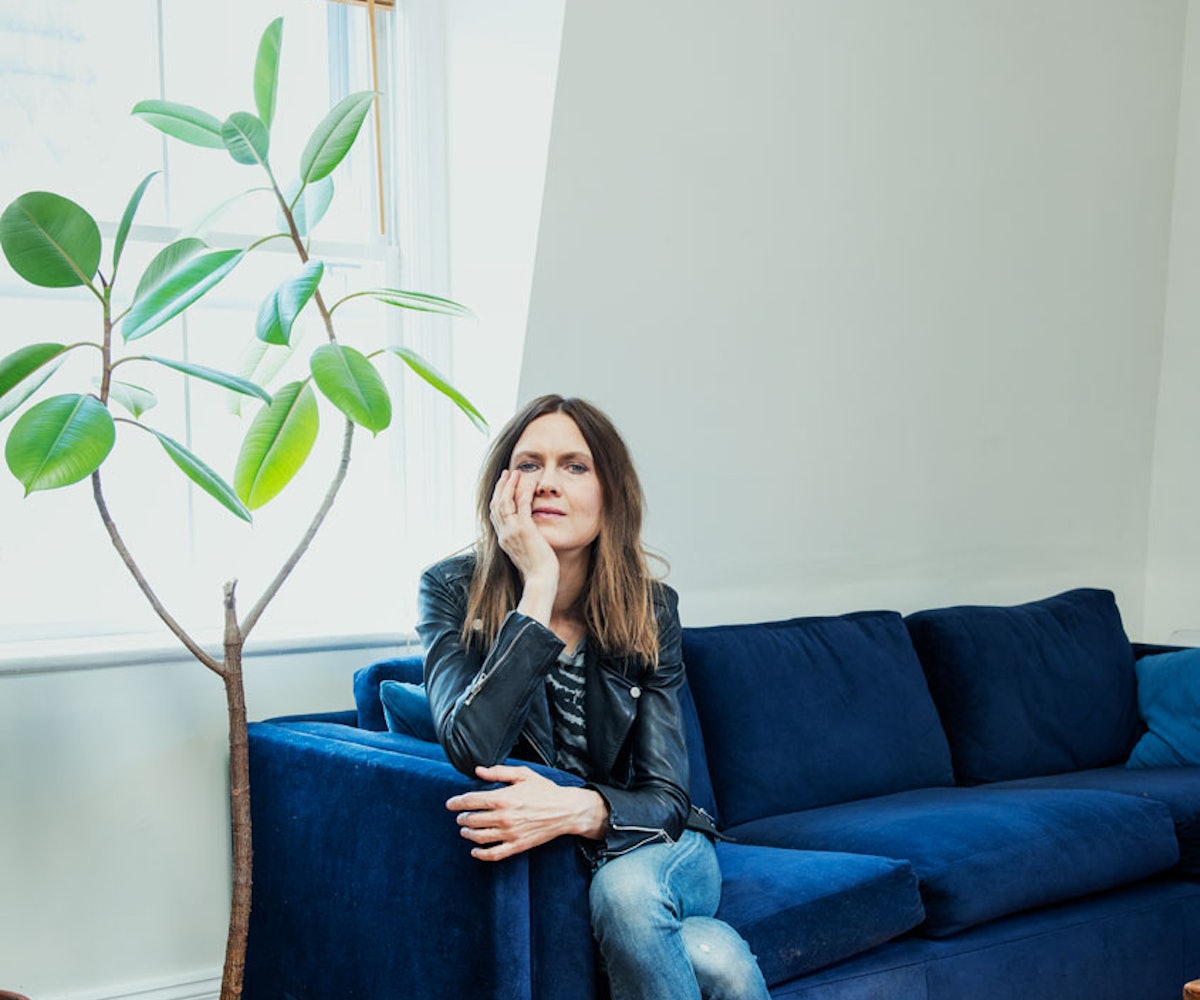 When you’re a socially awkward teenager (or a minimally less-so adult), finding out that someone else in the world shares your pain can be all it takes to make it through another day. But when that particular someone makes a song that wholly captures your precise existential angst—as Juliana Hatfield’s blunt, expletive-ridden, chorus-free “My Sister” did mine—you’re downright blissful.

In the song, Hatfield’s fictional sister was simultaneously a “bitch” and “the best.” I also longed for an older sister to take me to all-ages shows, and lamented that I was more “bitch” than “best” to my own lil’ sis. Even the Nietzschean title of her band’s album, Become What You Are, struck a chord with this 16-year-old semi-loner (too weird for the popular kids, not weird enough for the goth or punk kids), at a time (early ’90s) and place (Detroit suburbs) where being “alternative” was only starting to become desirable.

From that song on, Hatfield soundtracked my adolescence, from Reality Bites to a reunion show of her first band, Blake Babies, where I found myself backstage, breathlessly interviewing her “Chris Farley Show”-style: “Remember…when you played a homeless angel…on My So-Called Life? That was awesome.”

So when I heard the Juliana Hatfield Three were getting back together to record an album—Whatever, My Love, the trio’s first since their 1993 debut—I knew that Hatfield, now 47, was the perfect subject for Life Advice, a new feature NYLON is premiering right here, right now. I bought an Amtrak ticket to Boston, paid a visit to the musician’s charming Victorian flat in Cambridge, and took a ride in her Toyota, decorated with pinecones and peanut shells, her female chocolate lab Charlie in the backseat.

“Wait, is the advice supposed to come from me?” asks Hatfield nervously, taking a sharp left, almost getting us sideswiped, and inspiring a new rule: All Life Advice interviews must include a near-death experience. “Actually, I’m a really good driver,” she says, “but you can exaggerate as much as you want for the story.”

Your new video for “If Only We Were Dogs” is amazing. I was going to ask how you got into the character of a dog so convincingly, but I can see you lead a very dog-rich life.

I spend a lot of time alone, observing my dog. Human behavior doesn’t make any sense to me, even my own. But dogs, they’re straightforward and simple and I get it. There’s no subtext in the video. It’s just, I’m a dog. You could look more deeply into it if you want, because I’m a woman on my hands and knees, sleeping in a cage. That’s something to think about.

There’s a part in your memoir, When I Grow Up, where you describe a younger band: “cocky, eager, shy, self-conscious, desperate to connect, excited by everything, proud, uncertain about a lot of things but 100 percent sure that what I had to offer the world was what the world wanted and needed, more than anything else.” It’s a great assessment of your 20s. I’ve found my 30s to be full of second-guessing and cynicism. What do I have to look forward to in my next decade—not giving a fuck?

Yes, that starts to happen. I care so much less about what anyone thinks of me now than I did back then, which is great and a kind of freedom—to not be so sensitive to negative comments or misunderstandings. Maybe that just happens when you get older, maybe it comes with experience, maybe I’ve worked really hard to get to this place, but it’s definitely a thing. I was miserable in my 20s: depressed, anxious, eating disorders, no confidence—just miserable. And I’m not anymore. I feel so lucky to have survived my crazy youth. I used to fight against my weaknesses and failings, and now I feel all of those things are really just idiosyncrasies that make me who I am.

You still have an eternal youthfulness about you. Do you think that’s helped or hurt you?

Immaturity keeps me young! A lot of people who do what I do, musicians or artists in general, hold on to that youthful nature deep inside of them. Friends of mine in their 50s who make music, they still have that childlike aspect. They’re mature in other ways, but they never lose that sense of hopefulness or openness to ideas. Art is about playing and experimenting. Plenty of people play their old songs without any feeling and make a lot of money doing it, but I never really made a lot of money doing this, so it’s not worth it to me to just go out there and bang out the songs and not care.

You’ve joked that your best memory from the ’90s was being featured on Beavis and Butthead.

Oh yeah, twice! For “Universal Heart-Beat” and “What a Life.” But meeting my heroes was great, too, like Exene Cervenka and Paul Westerberg. I was asked to open for Paul on a solo tour after the Replacements broke up.

I could’ve died right then, just to know that my existence was acknowledged by Paul Westerberg. But right before we were supposed

to start the tour he threw his back out and had to cancel.

In the mid-2000s, you reached a low point and considered throwing in the towel and finding something more “age-appropriate” to do than playing rock music in small clubs. It doesn’t seem like male musicians have such concerns.

I am so conflicted all the time. One day I’d think, “This is not becoming to a mature woman to be standing with an electric guitar and singing these songs about feeling insecure.” But it wasn’t because I felt I needed to fulfill some grown-up gender role. I was wrestling with my role in the world, with my career and my legacy. I was embarrassed to be playing to half-empty rooms at age 38. I guess I felt like I was kind of a failure. But I was thinking about myself in the context of all the people who started making music when I did, people like Jeff Tweedy. I would think: “How many people is he playing to a night? A lot. And how many am I playing to? Not a lot. And what’s so different about us? We’re both singing songs about the same kind of things, we’re both playing electric guitars, and I’m prettier than he is.” That’s a joke. But then I realized everyone has a path in life, and if you’re envying someone, there’s no doubt that person is suffering in some way, and you’re probably not suffering in the same exact way.

I find it interesting that you clarified the “pretty” comment was a joke.

Well, I’ve dedicated my whole life to trying not to exploit my looks. I don’t want them to be a currency.

You’ve been quoted saying, “Girls can’t play guitar,” which I’m guessing was taken out of context.

I was probably just being a brat and trying to get them off the topic—back then, the trend was “women in rock,” and there was always this question posed to me: “So, what’s it like to be a woman in rock?” And it’s just such a bizarre, unanswerable question. I was trying to show the absurdity of it. And I think I just dug the hole deeper.

You were 23 when you told a reporter you were a virgin. And then, even without the Internet, that private information was suddenly everywhere. Were you surprised?

I was—that’s how naive I was. It wasn’t a calculated move on my part at all. I absolutely did not think having that out there would help me in any way. I was just trying to be authentic all the time. I was asked about my love life, and I was just being honest. I was proud of the fact that I was still a virgin because it meant that I was a strong, independent female, and no one had pressured me into doing anything I wasn’t ready to do yet.

That piece of info was gold to me.

Oh, good. I’m so glad. I felt like a bit of a freak, but I was really proud of my individuality. I was voted “most individual” in my high school, and I thought that was the best superlative. I waited until I was damn ready, when I was 26, actually. So the reaction you had—I would’ve been so happy to know someone out there had heard that and felt something good.