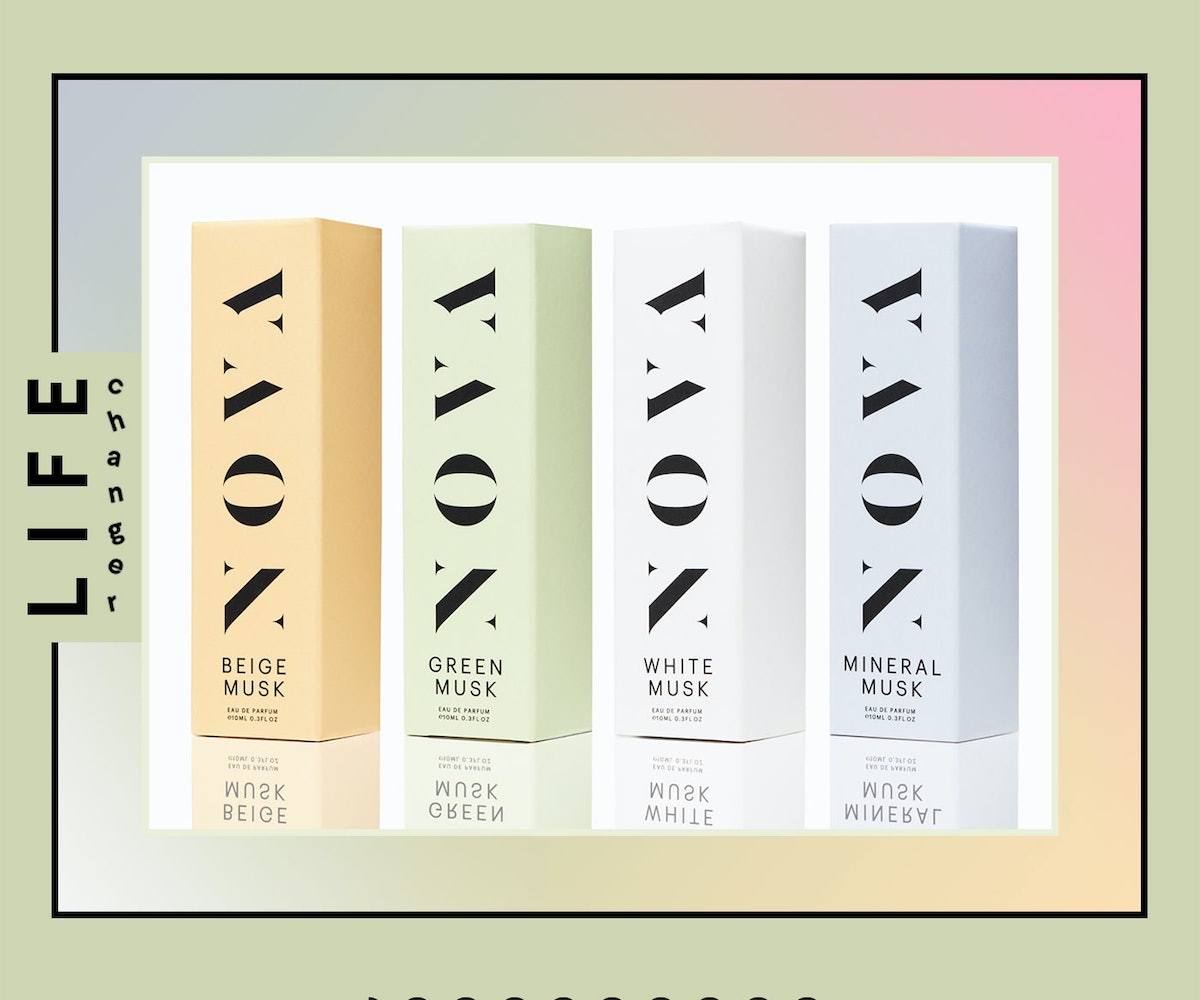 While some like to scoff at the idea of literal life-changers, we firmly believe that the world is filled with things and experiences that can permanently alter the course of your life. Whether it’s a television show, book, underground cultural phenomenon, beauty product, or meme, there’s plenty of power in even the most innocuous of things. In our Life Changer series, we’re sharing those things that helped us become who we are today, and hopefully, inspire you to try them out for yourselves.

When it comes to perfume, scents are sacred to me. Typically, I rotate between two or three at a time; this has been my strategy over the course of the last two years. So, when a confidant suggested I try one of her new roll-ons, I was hesitant before giving in. Of course, I was happily surprised at how delicious the fragrance smelled and immediately added it to my roster. That perfume was Beige Musk by NOVA, a custom fragrance company based in Brooklyn, New York.

NOVA was founded by Julia Zangrilli, a self-taught perfumer who has been concocting near-perfect formulas since 2012. As stated on the website, the brand's mission is "to make beautiful, one of a kind products using high-quality materials—and to connect one on one with clients via the natural intimacy of olfactive work."

When you live in a world with so many smells, it can be challenging to find the scent that matches you. I didn't start wearing real perfumes until around 2009. (By which I mean: I stopped shopping at Bath & Body Works with my friends at our local mall and started investing in high-end fragrances.) Thanks to Lauren Conrad, I was devoted to Polo by Ralph Lauren in high school. At some point, I switched to Ralph Lauren Romance because I felt like that was a more mature scent. I eventually settled with Princess by Vera Wang for most of my college years, but all credit there goes to Zoë Kravitz for starring in the brand's campaign. Still, I never really felt like the scent fully captured who I was as an individual person.

If it wasn't already obvious, I only invested in these perfumes because of the It Girls that sponsored them. But no matter how much I wanted to be like them, I would never be them. When I walked into a room, these scents didn't leave people with the impression that I was there. They just smelled... sweet, which isn't an adjective most people would use to describe me.

So for the past year or so, I have been searching near and far for my scent. My mother attempted to upgrade me to Chanel's Coco Mademoiselle—which I would be a brat to whine about—but it still wasn't quite the one. I would never have predicted that one afternoon, the scent I had been waiting for would be right in front of me—in my mentor's bag of all places.

One of the coolest things about NOVA is that all of the products are unisex. The Beige Musk, in particular, is a smokier scent with hints of pink pepper, cardamom, sandalwood, Peru balsam, woody ambers, and musks. Do I know what all of those ingredients are? Nope, but my nostrils practically vibrate every time I inhale a whiff of that exquisite aroma.

It's subtle. It's succulent. It's Sydney.