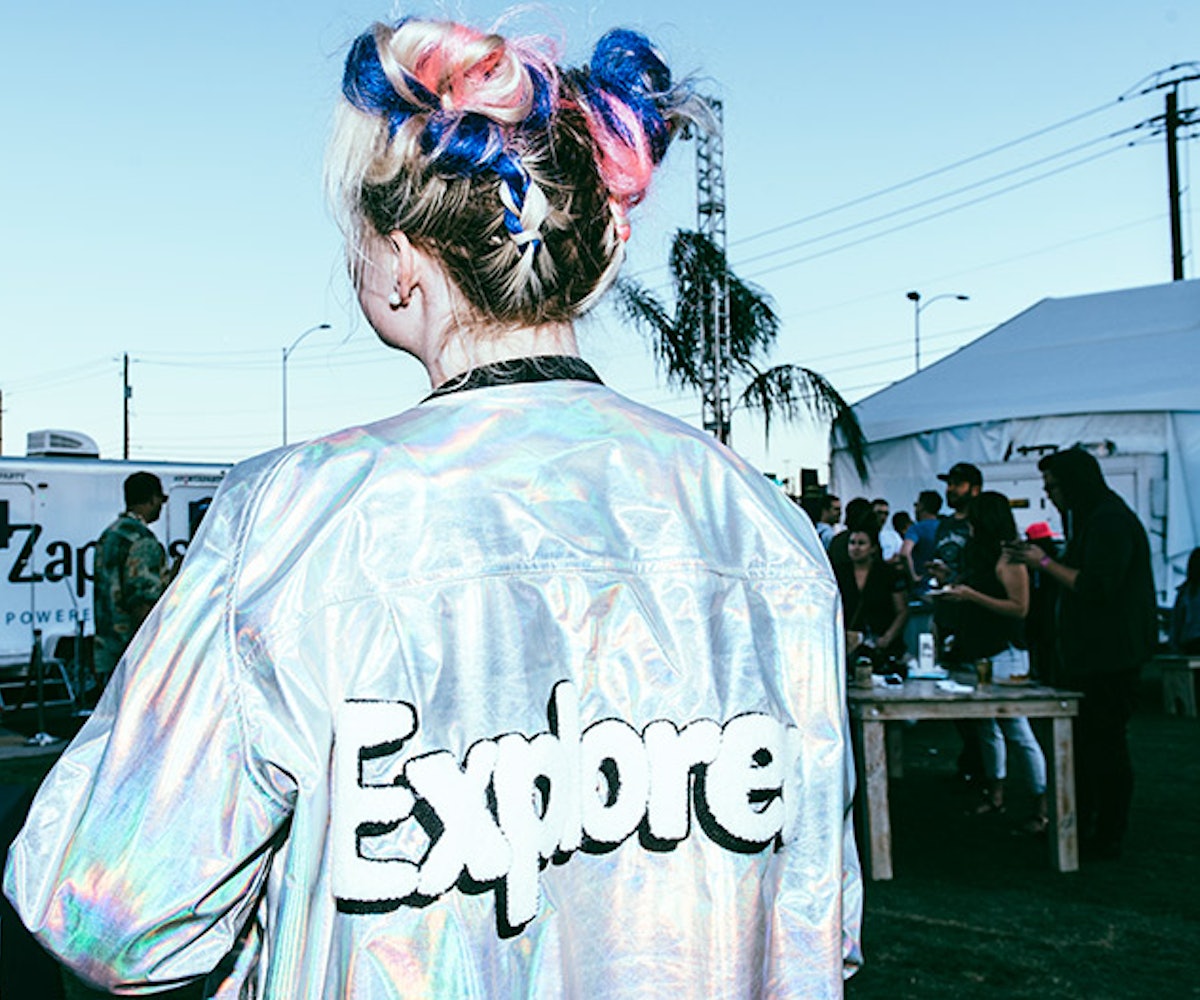 Music festivals always seem to bring out the coolest people on the planet. The grounds become unofficial shows of characters, style, and personality. Coachella may have made festival style a staple, but Las Vegas' Life Is Beautiful makes individuality a priority.

This year, NYLON hit the streets of downtown Vegas in search of personalities that inspire greatness. And, after spending three days there, we're pretty sure the festival could also be known as Life Is Bold. Everyone from the performers to the festivalgoers wore their cool on their sleeve and embraced everyone else's. After all, life is better when lived with confidence.

Ahead, meet the coolest of the cool people we saw at Life Is Beautiful. It's good to stand out, and these folks make it so.

Life is beautiful when your BFFs are with ya.

Tegan + Sara are just as fun offstage as they are on.

Not a bad office, eh?

The Naked And Famous' Alisa and Thom

Empire Of The Sun

The benefits of fringe.

The fanny pack is back.

Jasmin, the genius behind Vintage Vandalism.

Let's talk about the epicness that is Major Lazer's dance crew.