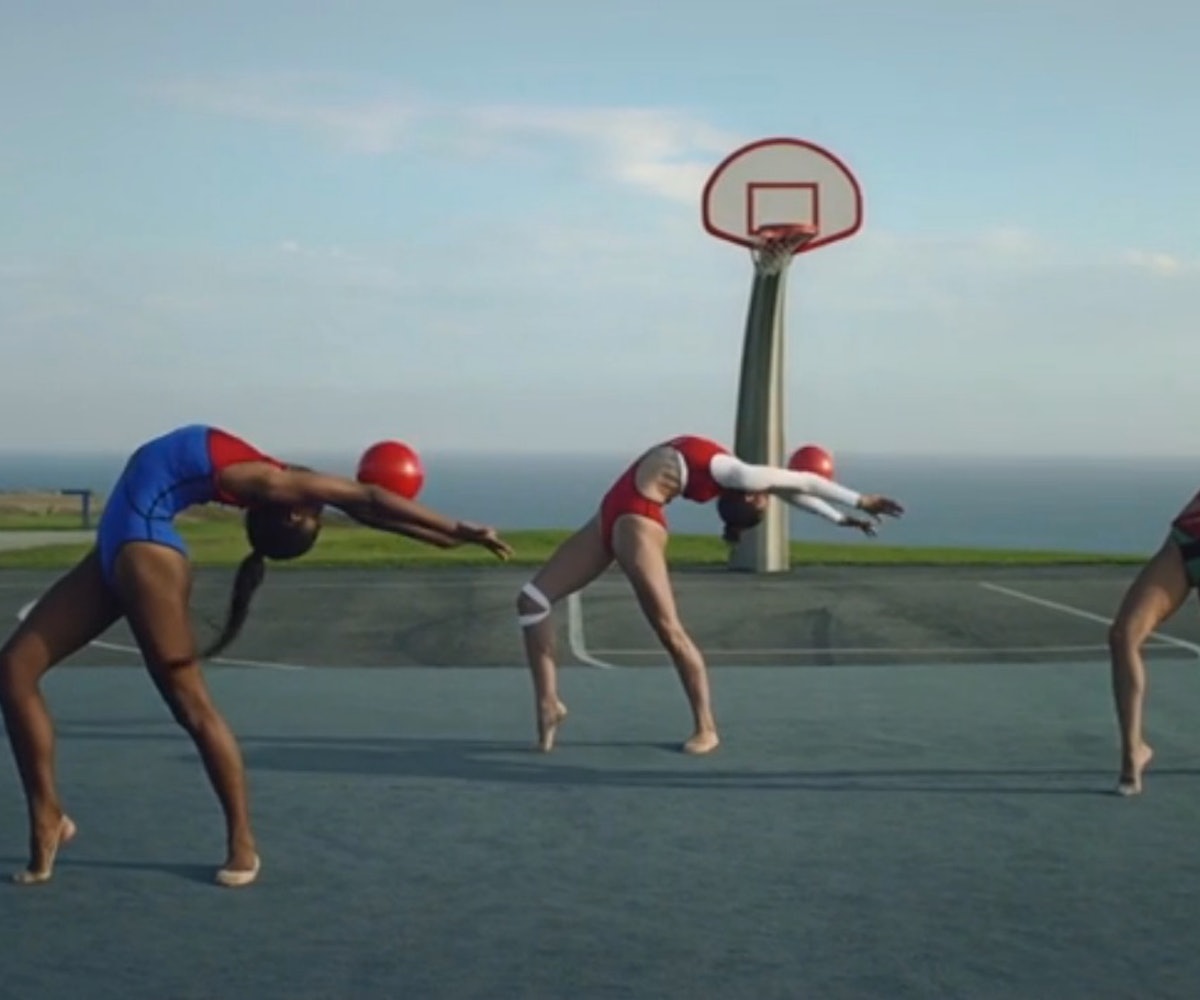 Gymnasts hoping to compete in the Olympics as part of their countries’ teams spend hours training in gyms where harsh lighting and worse-for-wear equipment. Unsurprisingly, it can be a less than inspiring environment to perfect their routines.

In her new short film, Lift Up, Bueno Aries-born, New York-based director Agostina Gálvez aims to change that. She took a trio of teenage gymnasts off the mats and headed for L.A.’s Angels Gate Park. The clip follows the girls’ bid to earn spots on the 2016 U.S.A. Olympic team.

The final edit showcases the gymnasts’ strength and elegance. The mesmerizing choreography highlights their fluid movements, which contrast the flat, stagnant park and ocean background. If you’re like us, it will leave you hypnotized and pressing replay.