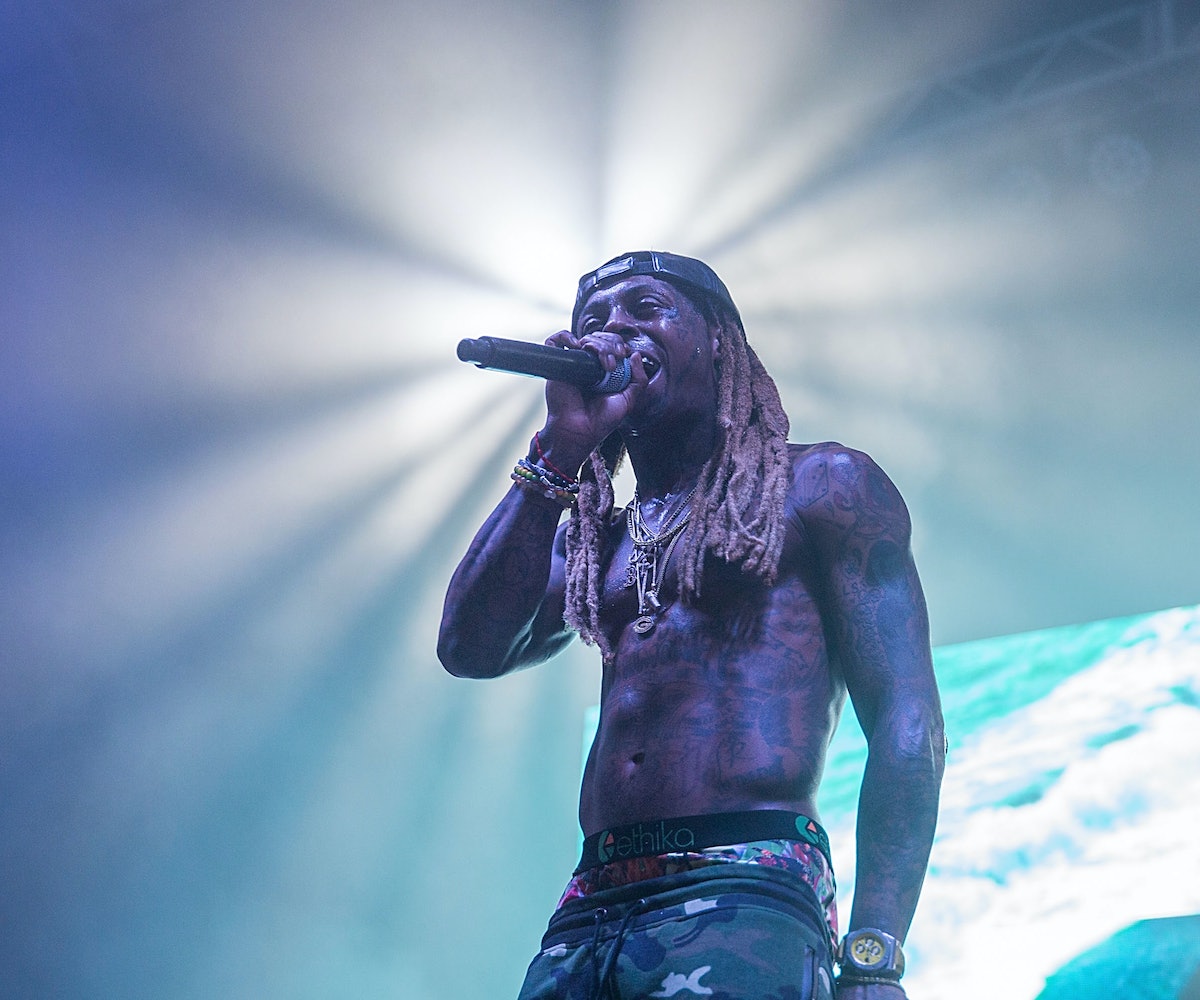 Although his next studio album Tha Carter V has been gridlocked in a label dispute, Lil Wayne has been making promotional rounds thanks to Gone ‘Til November, a collection of journals from his time as an inmate on Rikers Island. Tonight, the superstar rapper will appear on ABC’s Nightline, who has been following him around for several years. At one point during tonight’s interview, Nightline correspondent Linsey Davis asked Wayne what he thought about the Black Lives Matter movement, which caused him to ask her what that was. A surprised Davis told him that it’s a movement called Black Lives Matter, “thinking that the rest of American didn’t understand that.”

Wayne, who has hinted at this point of view in the past, told Davis that it “just sounds weird, I don’t know, that you put a name on it. It’s not a name, it’s not ‘whatever, whatever,’ it’s somebody got shot by a policeman for a fucked-up reason.”

Lil Wayne, becoming agitated, then pointed to his wealth and fame as evidence that black lives do matter in America. ““I am a young black rich motherfucker,” he said. “If that don’t let you know that America understand black motherfuckers matter these days, I don’t know what it is.” Pointing to the cameraman, he said, “That man white; he filmin’ me.”

Watch the full exchange below.

NEXT UP
Beauty
Meet The Beauty Pros Who Keep It Girls Looking Like It Girls
Beauty
Black Lip Gloss Is The Surprising Fall Update Your Makeup Kit Needs
Fashion
Saint Laurent's Front Row Was Black And Pink And Blackpink All Over
Life
NYLON Newsletter: October 3, 2022