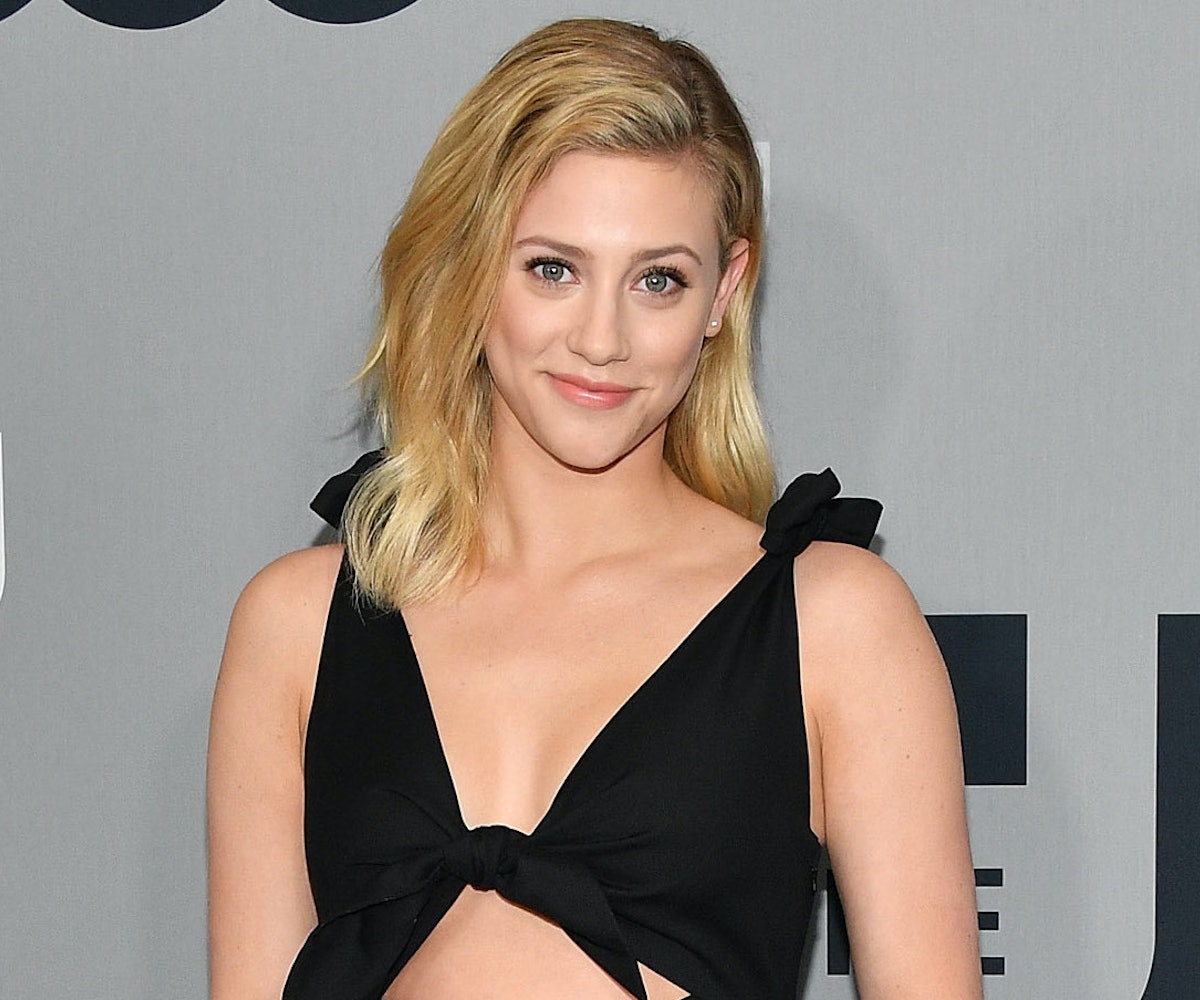 Photo by Dia Dipasupil/Getty Images
by Sandra Song
May 29, 2018

Lili Reinhart shut down rumors that she is pregnant with boyfriend Cole Sprouse's child—and delivered an important message about body positivity in the process.

Over the weekend, an "unflattering" photo of Reinhart began making the rounds online, leading to fan speculation that she might be pregnant. In response, Reinhart had a few choice words for the people body-shaming her.

“It’s unfortunate that one unflattering photo of my stomach circulating the internet causes hundreds of people to think that I’m pregnant,” Reinhart wrote in a series of Instagram story posts last night. “Nope. Not pregnant.”

“This is just my body. And sometimes I’m bloated. Sometimes and unflattering photo is taken of me. Sometimes I go through periods of time where I gain weight,” she continued, before adding that her body is "something that I will NEVER apologize for."

“My body will constantly go through change. And so will yours. And that’s fine," she concluded. "So let’s not put so much time and effort into caring about a stranger’s figure.”

“Inspired by you @lilireinhart. I feel bloated 24/7, my weight fluctuates constantly—it comes with being a woman and should be celebrated, not criticized,” Mendes wrote. “I used to fear that day that people start publicly criticizing my body and commenting on my weight. I’ve suffered too much from my own self criticism and wasn’t sure that I could handle it from others. But seeing somebody as beautiful as Lili respond to public scrutiny by preaching and practicing self love is all it takes for me to overcome that fear. Proud to call her my friend. Let’s continue inspiring women to love their bodies.”

Read both of their posts below.

NEXT UP
Culture
Kaia Gerber Won’t Stop Until She’s Cast As Patti Smith In A Biopic
Entertainment
Ebony Riley's "Deuce Deuce" & 9 Other New Songs Out This Week
Fashion
Bottega Veneta Just Dropped The Next It Bag For Spring
Culture
An Ode To Stripperweb, The Beloved Sex Worker Forum
Style + Culture, delivered straight to your inbox.