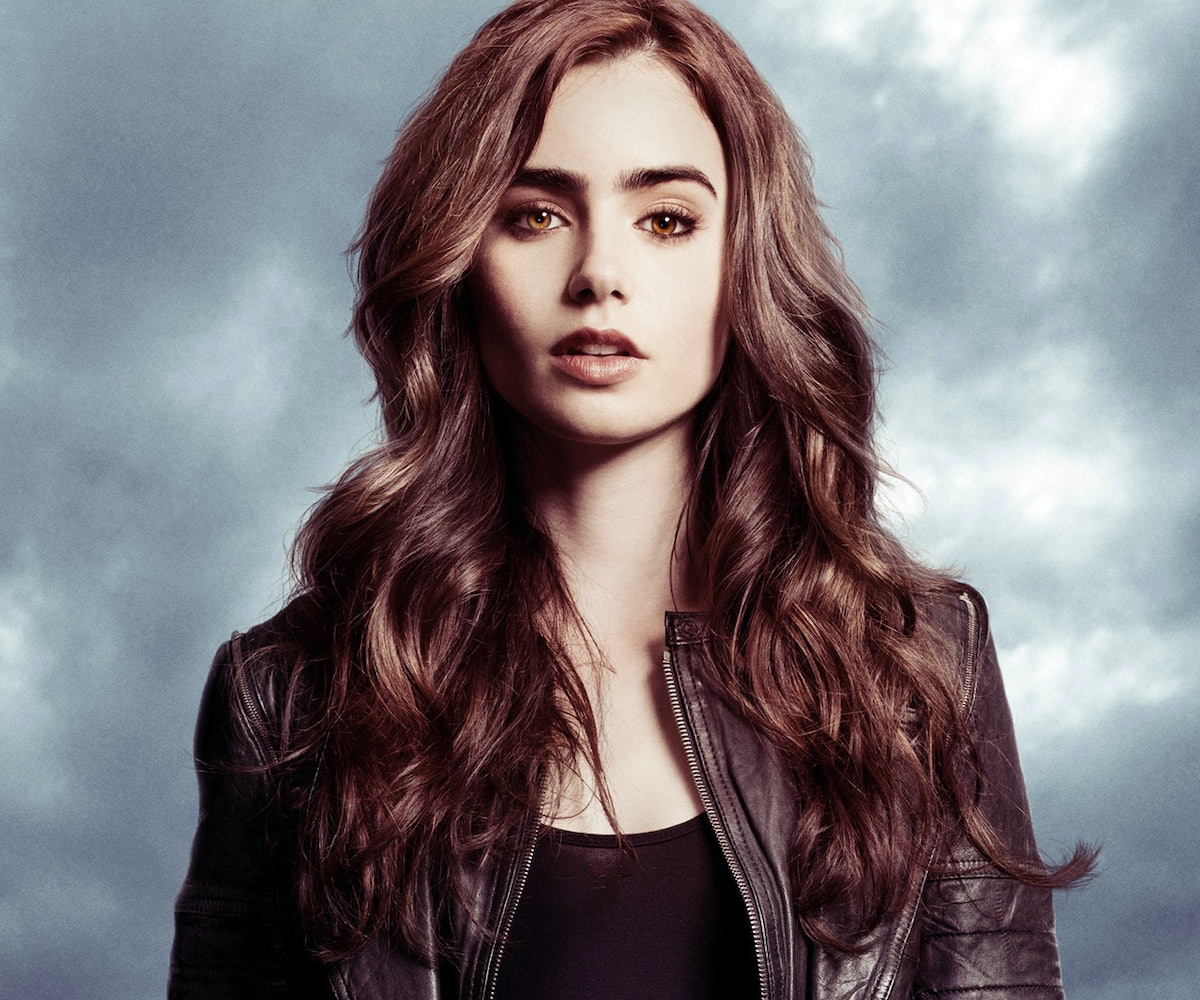 In crop tops, dark lips, and even bowler hats, there's no question Lily Collins has been killing the fashion game recently during her whirlwind press tour for The Mortal Instruments: City of Bones. But this week we actually get to see the actress kick ass in a whole different way: on the big screen.

Based on the eponymous book series by Cassandra Clares, the highly-anticipated summer blockbuster finally lands in theaters today. The timing is basically perfect, as it's situated comfortably between two other YA novels-turned-Hollywood flicks (this spring's Saorsie Ronan film The Host and the upcoming The Hunger Games: Catching Fire, which requires no explanation). But how does her onscreen alter-ego, the teenage shadowhunting Clary Fray, match up to the other protagonists hitting theaters this year?

We've pitted Clary, Katniss, and The Host's Meanie Stryder against each other below: consider this your ultimate fantasy female cheat sheet, and let us know your favorite girl hero in the comments.

Special Powers: She's a shadowhunter, meaning she is a half-human, half-angel; talented in tracking and killing demons

Special Powers: Tribute and winner of the 74th annual Hunger Games; pro at the bow and arrow

Enemy: It's complicated. The Capitol, who forces her to return and compete in the Quarter Quell; President Snow, other Quarter Quell competitors

Special Power: inhabited by a "Wanderer" soul and now has a double identity; able to find and interact with humans; possesses free will