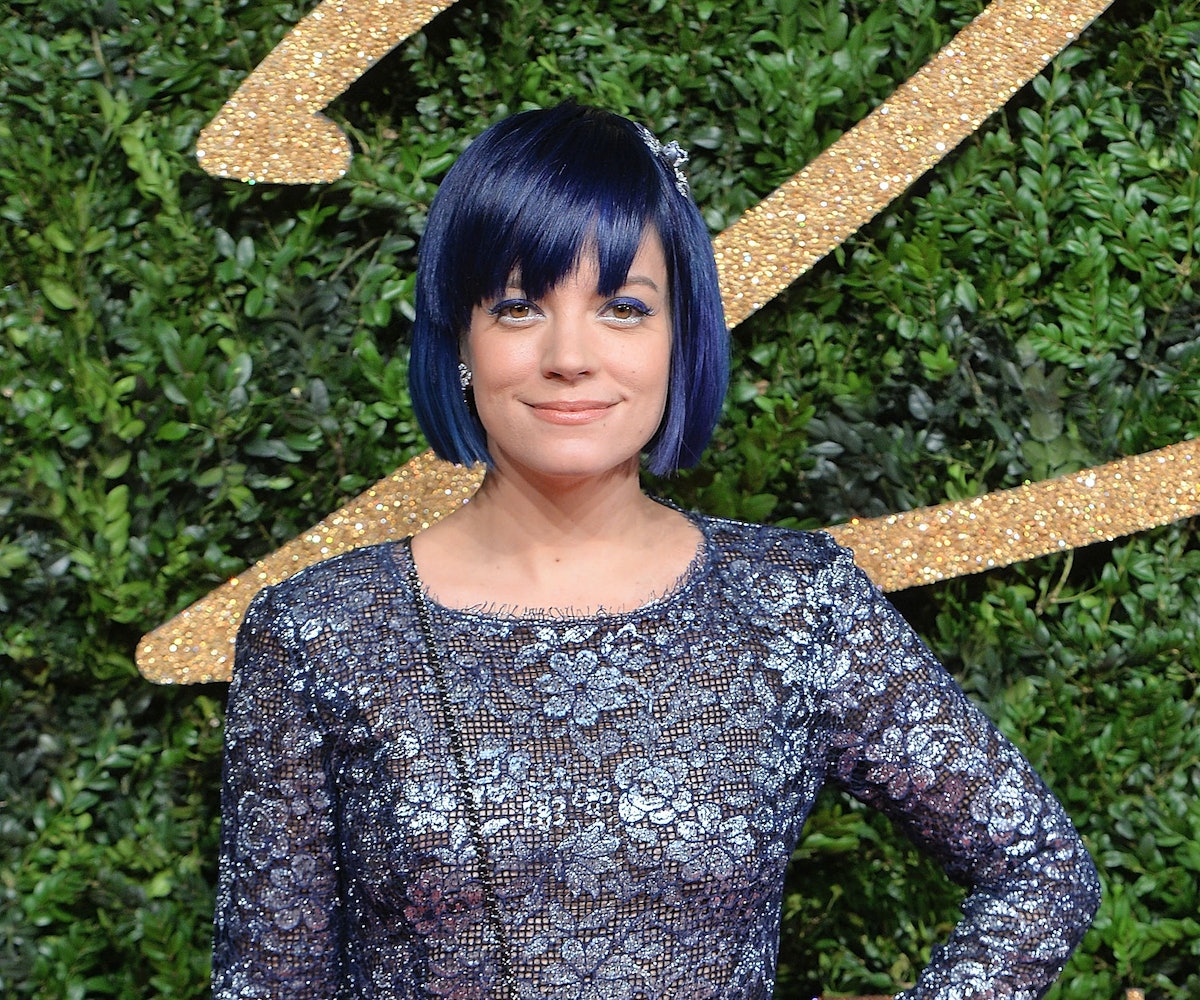 For the past seven years, singer-songwriter Lily Allen has been trying to put a distressing stalking experience behind her. In an exclusive interview with the Observer, she is now discussing the anticipation of waiting for the final sentencing of her stalker, Alex Gray. If you aren't familiar with the story, in 2009 Gray reached out to Allen on Twitter, under an account that no longer exists, claiming that he had written her hit single "The Fear." From there, things escalated as he sent letters, abusive rants, accusations, and suicide threats to her record company, management offices, sister’s shop, and even her apartment.

“It was freaking me out a bit and I’m not easily scared, so the fact I went to the police with the letters shows how serious I felt it was," she said. "Alarm bells were ringing. But I felt comforted by the fact that I was telling the police, I was keeping a record,” she said.

At one point, Gray started banging on her doors and sleeping in the garden in her backyard. Allen says she always felt like he was watching her, but she never knew from where. Last October, an intruder entered her home one evening while she and her children were sleeping. “I sat up and looked and the door handle was twisting round," she said. "This guy came steaming in and I didn’t know who he was. I recoiled and he ripped the duvet off, calling me a ‘fucking bitch’ and yelling about where his dad is.”

At the time, the police didn't see the connection between the two. Since Allen's bag was stolen, they labeled the incident as a burglary and nothing more. According to Allen, even though she did everything in her power to protect her family, like contacting the police and hiring lawyers, none of it seemed to matter.

“For me, the burglary was like this insignificant thing compared to what he was doing to me and my life," she said. "After about a week, I went out as I was due to DJ at an event. I hadn’t had any contact from police, I presumed they were actively searching for him; it’s now apparent to me that wasn’t the case. When I arrived home, my handbag was on the bonnet of my car outside my house. Burnt. Everything pulled out and cut up or burned, and the bag burned.”

Gray was eventually caught and charged with the burglary, but it took six years for harassment charged to be added. While stalking is considered to be a crime in the United Kingdom, there isn't a proper punishment for offenders. This eventually led Allen to backup Women’s Equality party and their campaign for the registry of stalkers. (This system would function similarly to how sex offenders are monitored, whom police can closely watch in case an individual is a repeat offender.)

“It was not special attention I looked for. It was reassurance and validation. The police made me feel like a nuisance, rather than a victim. I feel lucky I had resources to protect myself, I could move house, get a lawyer, but if you don’t have that money, how much more terrifying must it be?" Allen said. “I’m not angry at Alex Gray. He has a mental illness. The system has failed him. But until he gets the right treatment and the right help he needs, then I’m not safe. You can throw the book at him, put him in jail, but he’ll still be coming out. And the victim is never safe."