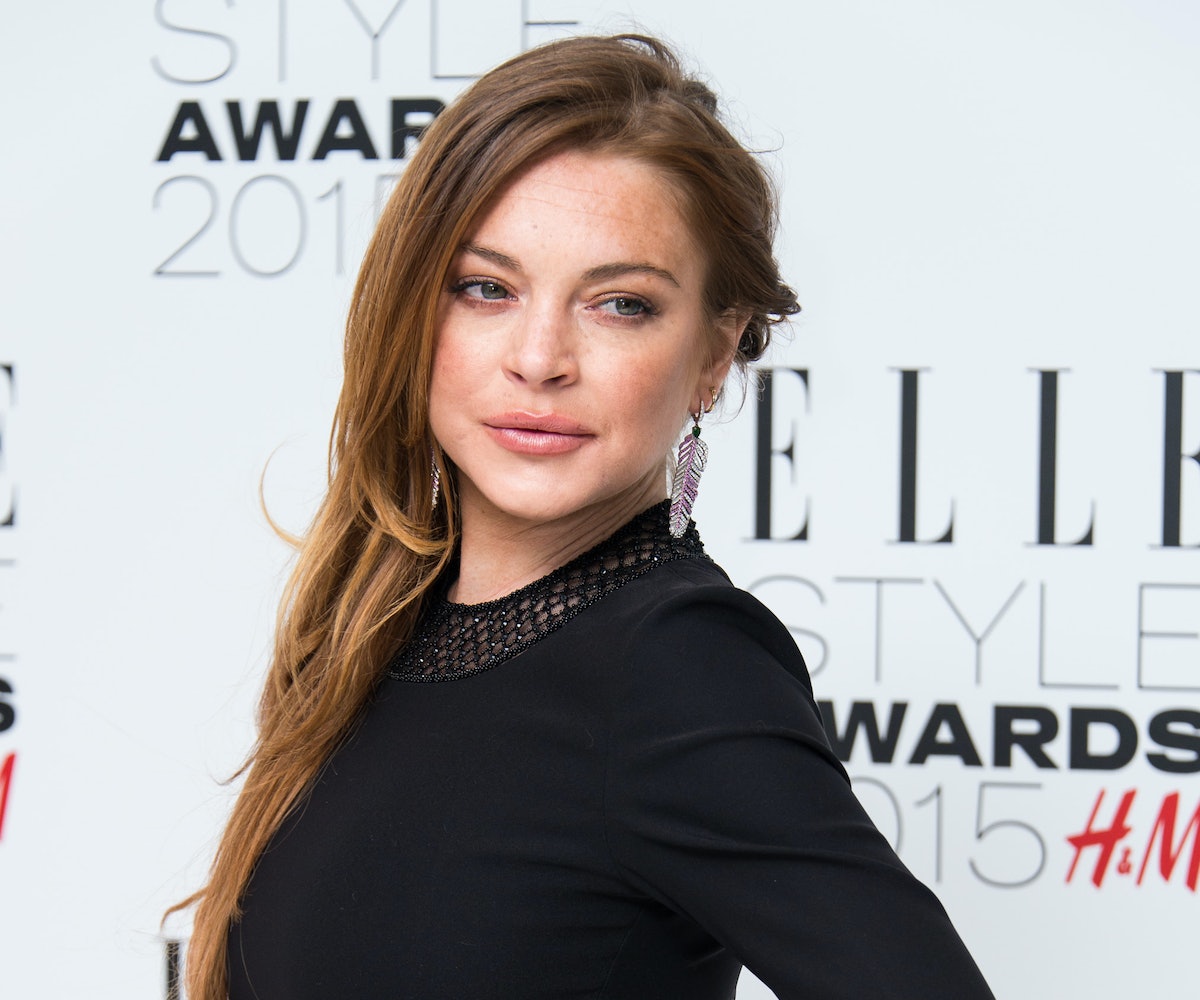 Back in 2009, Lindsay Lohan teamed up with satire site Funny or Die to create an eHarmony video profile. "I'm looking for a compatible mate who likes a night out on the town (as long as he or she is driving, of course), likes ankle monitoring bracelets, and doesn't have family members quick to issue restraining orders," she said. "The perfect mate loves long walks on the beach, car chases on the PCH, antiquing, and passing out in Cadillac Escalades." While we can't confirm whether her new boo meets those requirements, we can confirm that she has one, and apparently she's smitten with him.

According to TMZ, the mysterious boyfriend that Lohan has been posting photos of on her Instagram is Egor Tarabasov, a Russian heir to a business empire. (If you're wondering whether we've all been transported back to 2005, when heirs were the go-to partner of choice for Hollywood's elite, we're here to tell you that we have not, although it would indeed be very fun.)

The two have apparently been dating for four months now, and as Lohan has expressed in many a post, she's really happy about it. In fact, she's "in love," which is a fact that we, well, love.