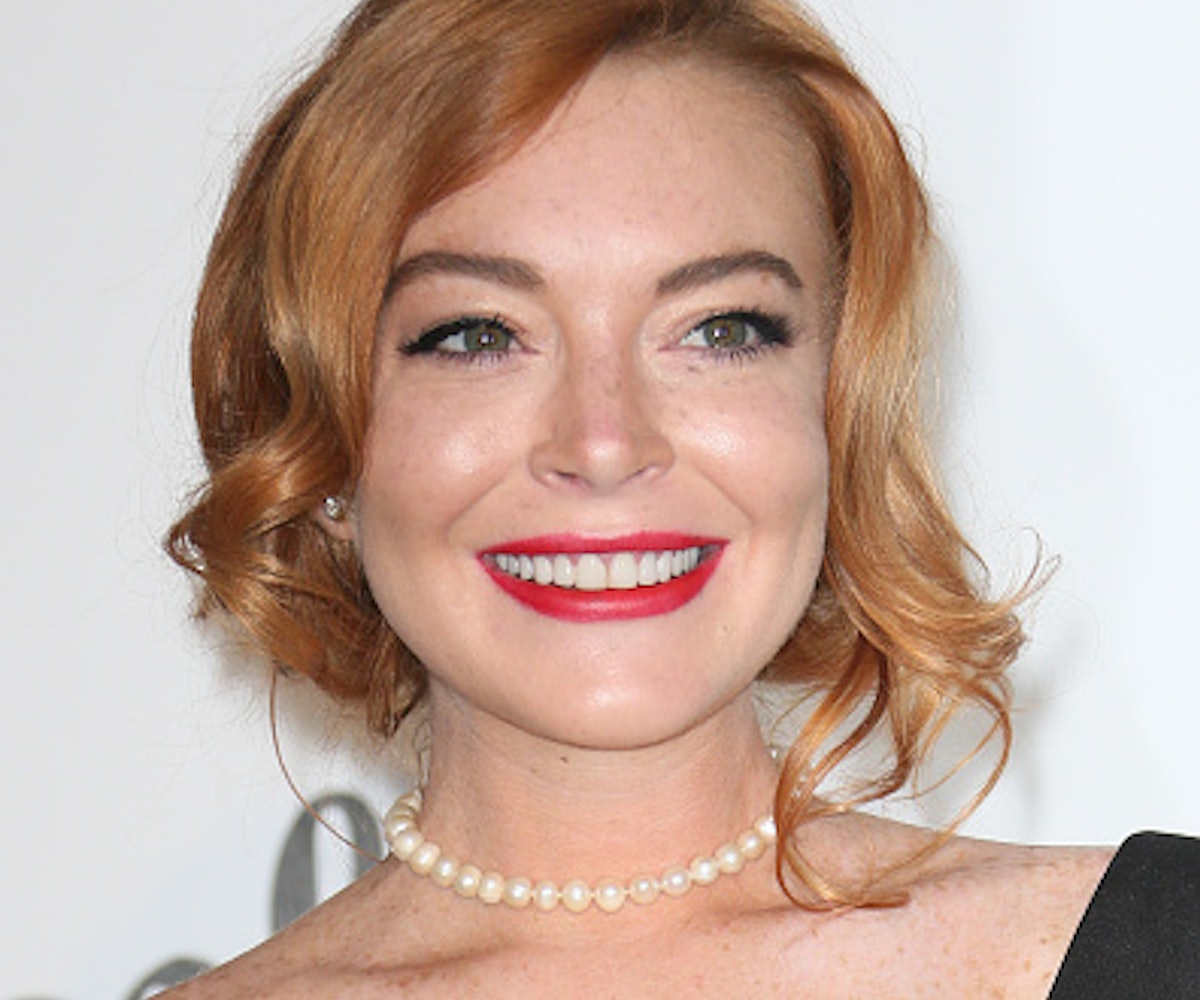 If you've ever wanted to know what Lindsay Lohan's day-to-day looks like—what her latest accent is, what nightclub she's opening, what refugee camps she's supplying with energy drinks—then you're in luck! The actress just launched a lifestyle site called Preemium.

For the low cost of $2.99 a month, you can have unfettered access to all of Lilo's "exclusive content." She also promises to "tell you all my secrets and breaking news before anyone else," according to the site. Secrets include but are not limited to "personal diaries, video updates, exclusive personal photos, fashion and beauty tutorials, shopping guides, and behind the scenes content."

Behind-the-scenes content will likely include shots of her on the set of her new show, British comedy Sick Note. She stars alongside Rupert Grint, Nick Frost, and Don Johnson. The rest of the content sounds like a blend of Goop-style tips and stuff more on par with Kourtney Kardashian showing you how to eat a Kit Kat.

If you were a fan of Lohan's reality show on the Oprah Winfrey Network, then this site is probably for you. We are pretty excited to see it unfold.