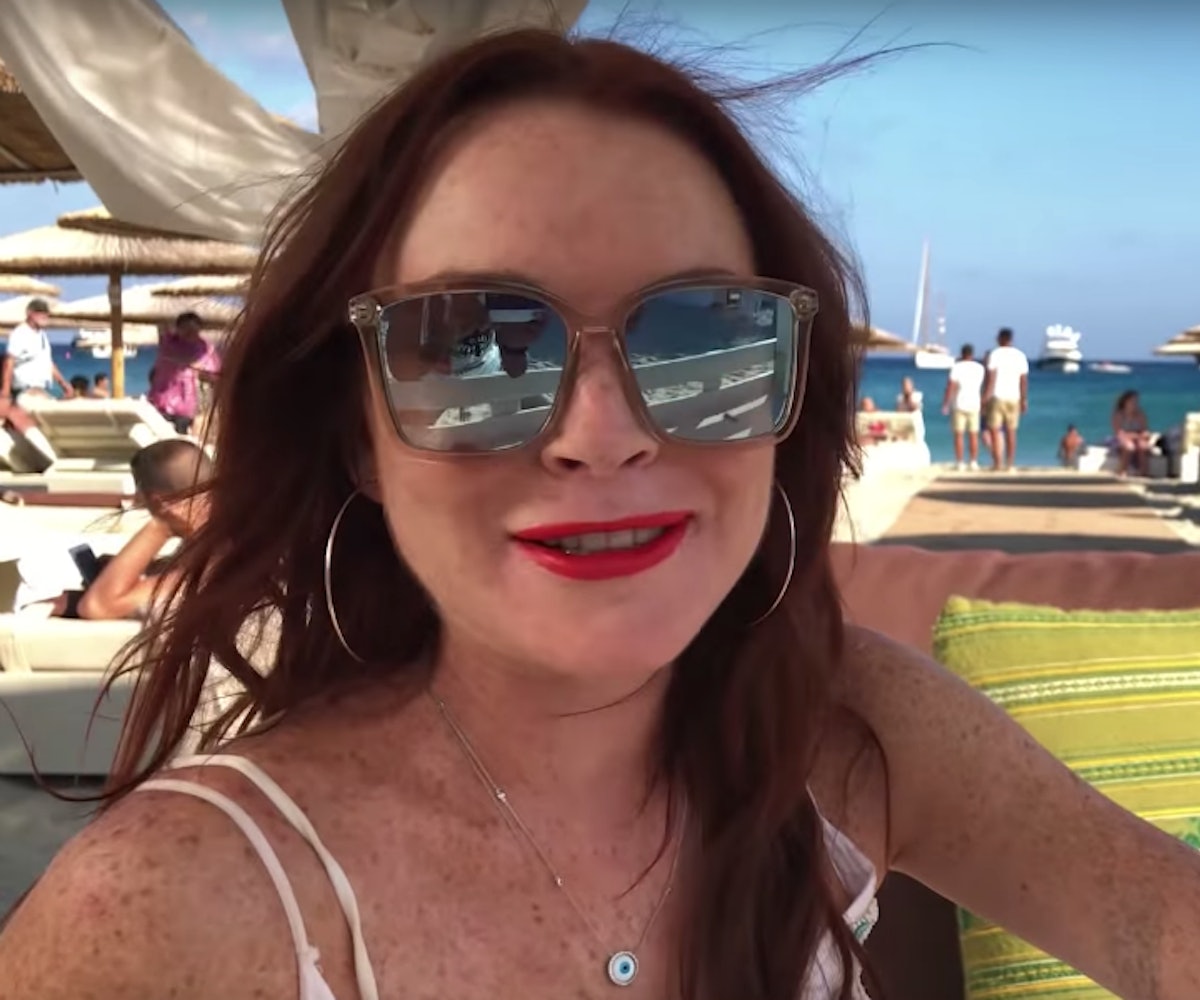 If you haven’t heard, former child star who will not be appearing in the Life-Size sequel, Lindsay Lohan, is getting her own reality show. Now, we have a teaser of what we can expect.

Lohan Beach House is being referred to as a Vanderpump Rules-style series and will take place in Greece, making Lohan the Mediterranean Lisa Vanderpump just with fewer dogs and no (real) accent. According to CNN, MTV's press release states that in the show, "Lohan's team must prove their expertise, ambition and charm while helping bring Lohan's vision to life. The stakes are high as the team establishes new friendships and alliances while striving to rise above the temptations the Mykonos nightlife scene has to offer." And while this sounds like exactly the type of escape television we want, the first glimpse, released today, involves 18 seconds of… nothing, basically.

Okay, not nothing. We’re greeted by Lohan lounging on a couch on what we’re assuming is the club where the show will take place. “Pack your bags MTV, we’re going to Mykonos,” she declares. In the background, guests lay under umbrellas, and the insanely blue water calls out for us to book that vacation already. “I’ve joined the MTV family, and I’m Lindsay Lohan,” she continues. “Get ready!” Oh, we are! We’re just not sure what we’re getting ready for as the clip didn't show much.

We also have a lot of questions. Most pressing being, will Tiffany Trump make an appearance considering the two were apparently partying together recently in Greece?

Lohan Beach House will premiere next year. In the meantime, watch the clip, below.