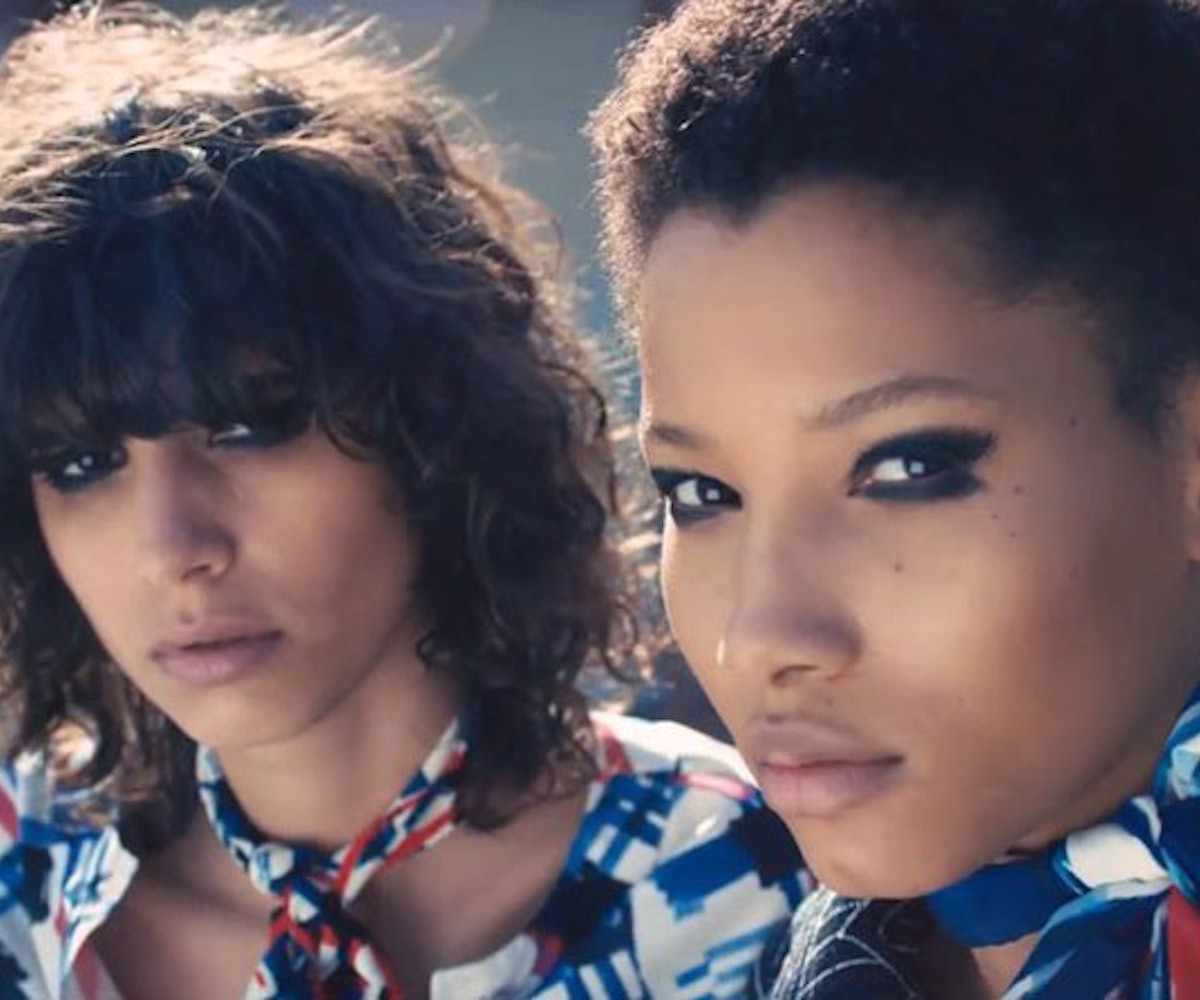 From Lily-Rose Depp to Kristen Stewart, Karl Lagerfeld sure knows how to pick 'em this year. We saw how much creative control he had over the Once and Forever short film, but that was nothing compared to the spring/summer 2016 campaign. In addition to selecting models Lineisy Montero and Mica Arganaraz as the stars of the campaign, the designer and director also stepped in as the photographer. With a Dominican and an Argentinian model as the main focus, Lagerfeld shows that he has impeccable taste.

As for Montero, we knew that she was destined to turn into an industry it-girl after she made her fashion debut on the Prada runway during the autumn/winter 2015 season. Since then, the 19-year-old has been featured in a slew of magazines—her first official cover was shared with Aya Jones and Imaan Hammam last summer on Teen Vogue's August issue. This will be Montero's third advertising campaign following Prada and Givenchy, and we expect to see more to come her way soon.

Check out some of the Chanel SS16 campaign shots in the gallery, above! (Fun fact: The setting for the shoot was in Brooklyn, New York with a "city western" theme in mind.)