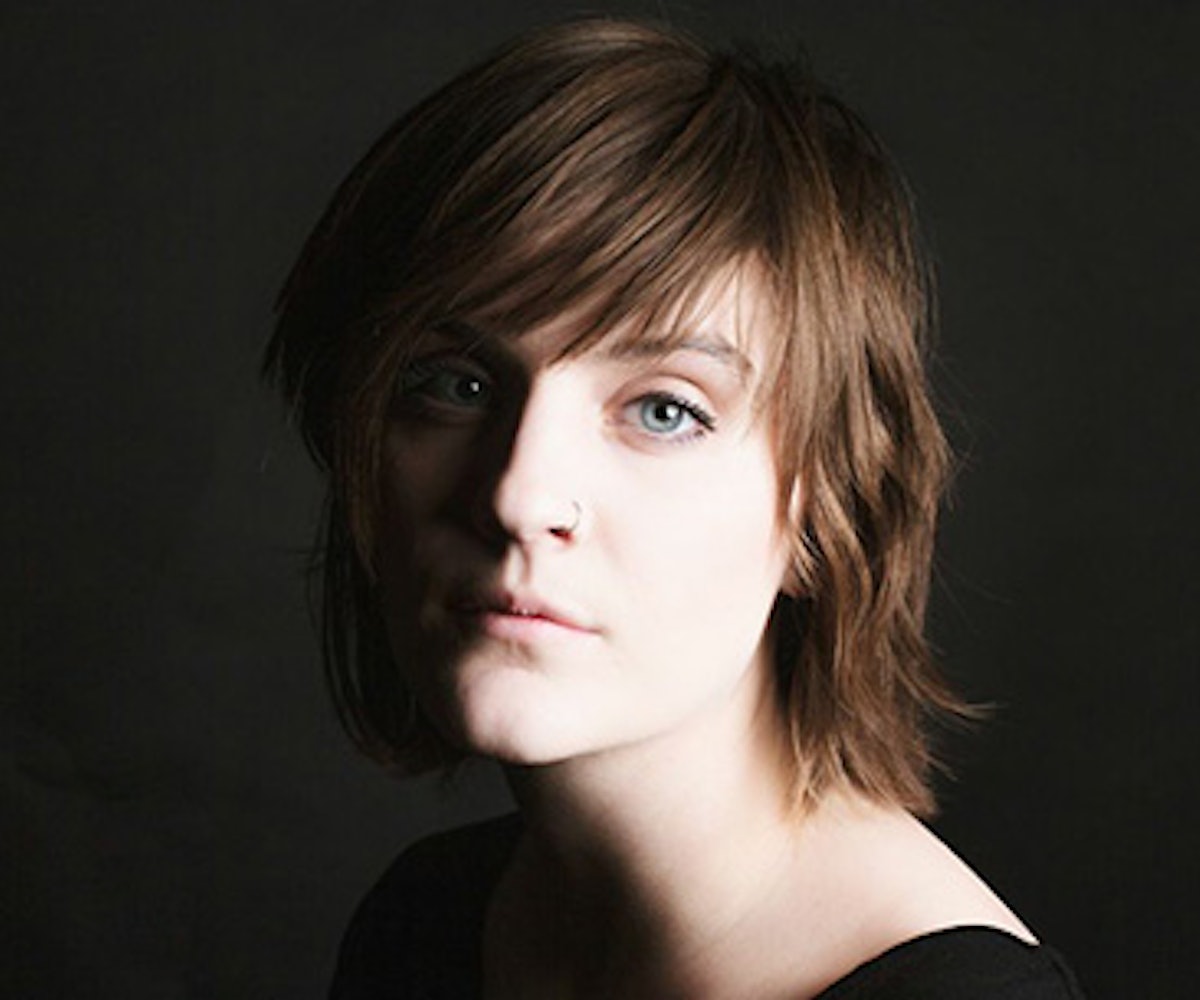 Liza Anne hails from Georgia, but is more a citizen of the world. When we spoke, she was in the car headed to see fellow NYLON Band Crush Lady Lamb play a set in Chicago. Afterwards, the 21-year-old was set to venture off to Rock Island for some downtime. Following that, she'll head out on tour. Anne has logged more miles than most people her age, and it shows in her music.

Her latest LP, TWO (out May 19), is a stunningly somber album that is as much about her globetrotting as it is about a former love. It showcases Anne’s keen ability to turn even the smallest of feelings into a sweeping song (something her first LP, The Colder Months, highlighted). The seven songs are personal, but written in a way that anyone from all walks of life can relate to. A part of that sensibility is due to an innate sense of the world around her, but another part is simply because she doesn’t just exist in the world, but seeks to understand how the world exists. And she translates that through melancholy songs with the hope that you, too, can understand just a bit more about yourself.

How did you get involved with music?

Well, I have always written. When I was a kid, I wrote all of the time. I’ve always been observant, but never really knew how to focus anything so I started writing poetry and random rants. When I was 14 or 15 I started listening to Joni Mitchell, The Cranberries, and Brandi Carlile. I started to realize I could channel all of these internalized rants in a way that was more healthy.

So music became a release?

Is music your only form of therapy and dealing with all the things life throws at you?

Not totally! Any form of creative expression is therapeutic. I painted a lot up until last year. I read a lot—any sort of way of taking in different things and finding different ways to put things into a tangible form is how I learn to understand the world around me. I travel a lot, too, so just the act of moving around is really therapeutic to me.

How often are you traveling?

Oh my gosh; all the time! I’m traveling all of summer. I live in Nashville; I’ve lived there for the past three years. I was in school for two years, but I dropped out. You could say I ran away to Europe for three and a half months. I was in France, Germany, Ireland and Norway. I played shows along the way, too. I learned so much about how much more I can create Like I was saying before: I’m a very observant person so being in a place where I’m experiencing different cultures and people had such a huge impact on the art I was creating.

What place has had the most impact?

The most impact? That’s such a good question. I don’t know; I guess being in London last summer was pretty impactful. There were so many different corners of last summer that are attached to a very vivid moment in my mind. I think London had the most. I was there for the longest time and forged really cool, creative relationships with different people that really dictated a lot of how this new album came together.

I was going to ask about London because you sample the Tube in “Ocean.”

Yes! Actually, all summer long I was collecting field reportings from everywhere—like I had like a storm rolling in over Norway and the sound of the sea in Ireland. My phone crashed, so I lost all of them. The whole record was meant to have like a corner of every place I had seen and I was really excited. Luckily, my best friend Tom lived in London and recorded the train for me. It just fit perfectly with the project and everything.

How have you changed since The Colder Months came out?

I was 18 when I wrote that project, so the move to Nashville when I was writing that was a huge growth in and of itself. I really had no plans or motives behind the album. It was just me cataloging whatever melodramatic thing I was going through at 18. Over the last year with touring the project, I learned how I am as a performer and also as a writer. I’ve learned and still am learning how to not set up walls for myself in the beginning of the creative process. There was a lot more intention behind TWO; I was less scared to try out new sounds and make things bigger. I think touring, traveling, and releasing something is completely intimate and vulnerable. There’s no way not to grow.

Do ever you hesitate to put out such honest and raw material?

You know, I recently had this mini panic moment when I realized I’m putting out seven very intimate, very secret things that really no one has been let in on. What I do is I stand in front of strangers and sing these songs that are very, very personal and it sometimes freaks me out.

Yeah, but then you find that your fans and listeners identify with the words so it becomes this universal thing.

Exactly; the lyrics are the most important part to me, too.

One thing I’ve always wondered is when someone has a good way with words, some say, “they’re wise beyond their years”—do you like that label?

It’s so weird. People have told me that since I was, like, 10. I think it’s because at such a young age, I really started idolizing my aunt. She was about 13 years older than me, so I think I’ve always been aware of myself and aware of how people were perceiving me. It’s fine when people have said, I’m wise beyond my years, but then other times I’m like, “I’m still 21 and literally don’t know what the fuck I’m doing,” I start to wonder whether I am that smart. I think any person who can be self aware enough to the point of expressing their emotions. I feel like there’s a sense of maturity to that, but I don’t think that necessarily means someone is “wise beyond their years.”

What do you want to accomplish with your music?

I just want people to not feel alone in those super dark places of emotional instability. Because I know that for me, I have struggled with anxiety and depression and there have been times where it feels like no one has experienced the things I’m experiencing. But then, you know, you hear a song and it’s completely gets you. I want my music to be that.

How do you pull yourself out of a rut to write?

I really just take the “fuck it, I’m gonna do it” route. I can’t help but write, really. There’s never a struggle of like, How do I start writing, I’m so sad. I just have to write. I write everyday. So, there’s no way for me not to. I’m not saying it’s good writing, but it’s practice.

NEXT UP
Entertainment
Soccer Mommy Balances Resilience & Resignation On Sometimes, Forever
Entertainment
Tove Styrke: "I’m Pansexual, But Labels Are Tricky For Me"
Entertainment
Vagabon Performed Under The Sky At Storm King
Entertainment
Allison Ponthier On How Coming Out Changed Her Whole Life