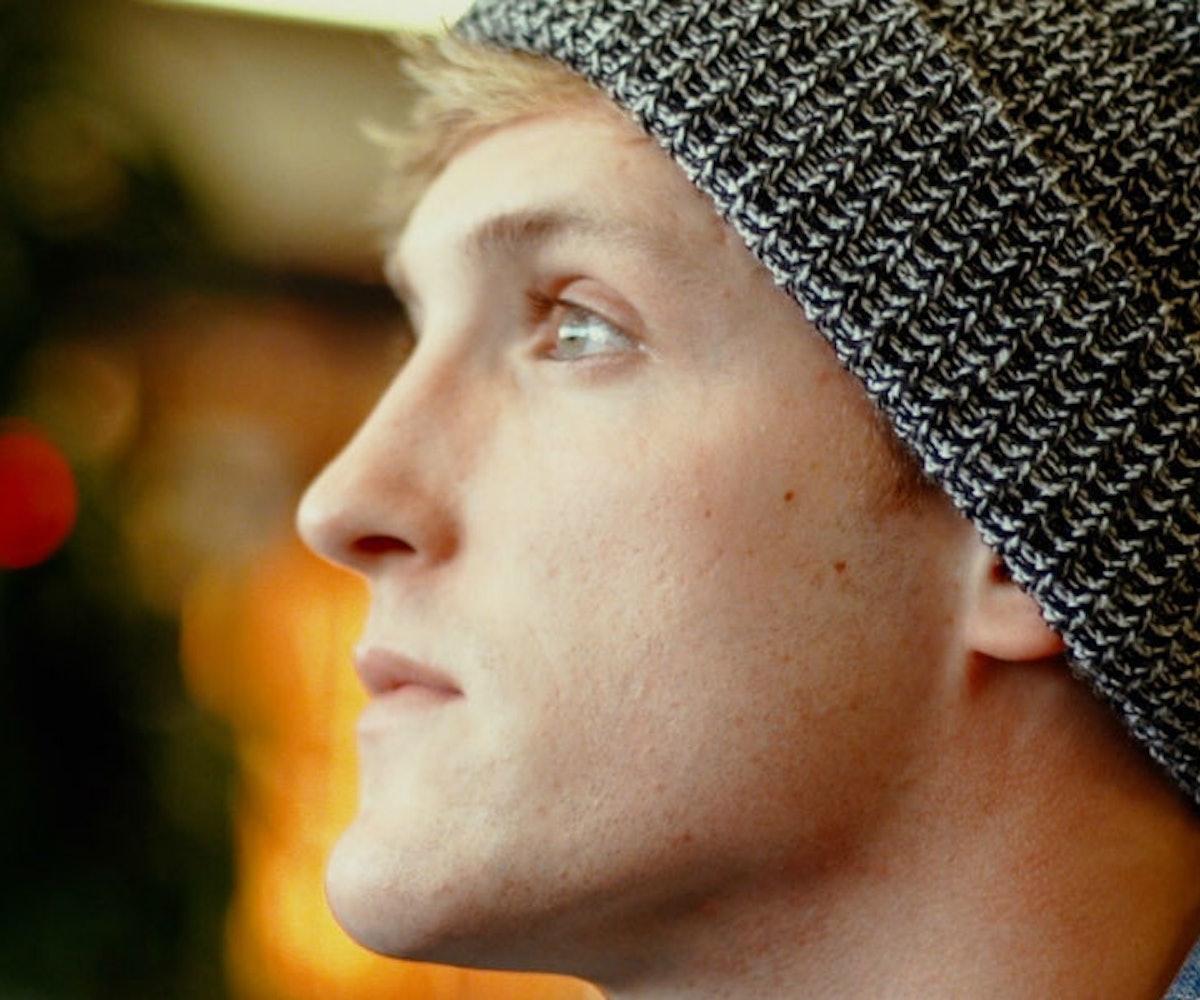 YouTuber Logan Paul is currently on an apology tour for filming an apparent suicide victim’s body. After taking a break from vlogging for less than a month, he appeared on Good Morning America this week to say that he is sorry.

“I’m a good guy who made a bad decision,” Logan explained.

This has been, to be honest with you, the hardest time of my life. I haven’t been hated by the whole world…and it’s definitely something to overcome. I will think twice in the future about what I post—probably three times. This was a horrible lapse of judgment. I can, will and am going to learn from it and be a better person.

That part about thinking twice about what he posts? A lie. Just yesterday, rapper Cardi B posted a picture of herself from the Grammy Awards that took place on Sunday. Her caption, borrowed from Kanye West’s “I Don’t Like,” reads: “They trinna crucify me like they did Christ.” Paul, unprompted, commented underneath: “lawlz u telling me.”

There are a couple of things wrong with this. For one, he’s comparing himself, a white male, to that of someone who is marginalized and worked extremely hard to get to where she is. One is in no way like the other. Secondly, he seems to be playing the victim, which he absolutely is not. What he did was abominable, and he deserves every single nail that’s being hammered into his career right now.

The apology tour he’s on right now is more like a feel sorry for me tour, which we refuse to do. He should be held accountable for his actions and recognize that, when you’re on a public platform, you won’t be able to get away with doing, saying, or typing idiotic, insensitive things. Until then, logging off—maybe indefinitely?—sounds like a good idea.