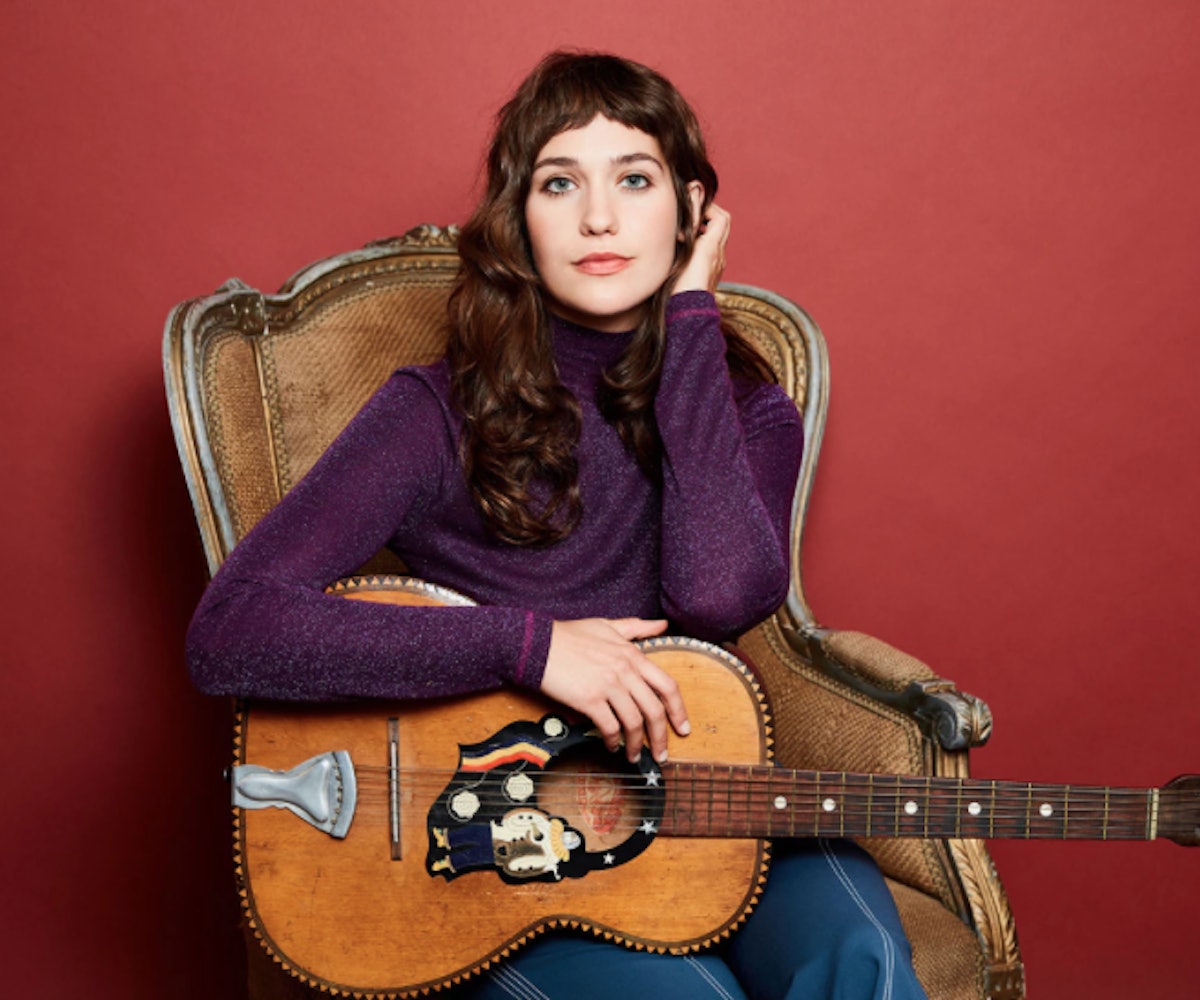 Now entering its fourth season, Amazon's Mozart in the Jungle is going into brand-new territory, as it further establishes and explores a romantic relationship between two of its leads, Rodrigo (Gael Garcia Bernal), a former virtuoso conductor who has lost his way, and Hailey (Lola Kirke), a talented oboist who is now trying her own hand at conducting an orchestra. The show has long been a fascinating look at the heightened emotions and intense ambitions that exist within groups of creative professionals—including when said group comes from as deceptively staid an institution as classical music—but this season, it delves into the complicated dynamics of being a young woman, like Hailey, trying to make her mark in her hyper-masculine field, but being weighed down by the complication of having a boyfriend.

Recently, I spoke on the phone with Kirke about this newest season, what it's like to play the role of a woman in a very male-dominated field, and the current move toward political activism.

This is the fourth season now of Mozart in the Jungle. How is this season a departure from the prior ones?

It's been really amazing to get to learn about conducting, and I was working with the most incredible conducting coach who is a woman conductor, of which there are very few. She was, like, almost moved to tears—not by how amazing I was, but [because of the experience]. She does think I'm good enough to conduct her, like senior citizens group of classical musicians. I don't know if they're amateur or not, but she was like, "Yeah, you should come and conduct. They would love you."

They probably would love you.

The problem is that I don't actually know what I'm doing. I just do what she tells me to do, exactly. But, yeah, she was very moved by the representation, like, finally there being a representation of a woman conductor on screen, because there had been nothing. So I'm very excited to get to be one of the early representations of women conductors on screen.

What was it like to be a woman in this role that is so traditionally male? In so many ways, the symphony and classical music are these conservative institutions; they're full of creative, passionate people, but they still have such a traditional gender-role aspect to the whole thing.

Women have to work a lot harder to be in a place where men go very easily, and I think that that pans out typically with the romance that we see in the show. I mean, Gael's character is kind of enamored by his new role as the boyfriend, and Hailey is a lot more reticent about that relationship, because that's a privilege to be public about who you love, and when you're trying to break into a world that is typically male, it seems like you might want to strip yourself of all. And, in a way, there are benefits of stripping yourself of all kind of emotionality; like, there's this idea that you have to become available, or at least have people see you that way. I think that because conducting is a very physical job, there's also this kind of awkwardness in conductors which is like, how do I communicate with my orchestra no matter what size it is, but, also, not just completely embody these gestures that have been made clear by men.

I think, inherent to the role of being a conductor is authority, you're a leader, but then, for so long, that authority has been written in a language that is so specifically male. So, it's an interesting thing, as a woman, to think about, Do I adopt that language, or, like, act as if it's gender-neutral, and act as if being a man is actually neutral, or do I make it my own?

Because a lot of composers wanted their music to be translated to the orchestra, and therefore the audience, as [being from] the male vessel, it might be like if a female actor takes a role like Hamlet that was written for a man and attempts to perform that. I think that is a difficulty for a lot of women conductors, and I guess there is that idea of humility that comes with being a conductor, because you can't be a conductor in a vacuum, you have to be in communication with your orchestra, and without them, you'd just have your back turned to the audience and making weird movements.

To go back to what you said about being in a relationship as a woman who's trying to establish her career and how that can be something you don't want to put in the public eye, I thought that that was really fascinating. When women expose too much of their personal life, it allows other people to kind of pigeonhole them, because then the woman becomes just part of a partnership and isn't her own person anymore. Do you think it's getting more possible or less possible for women to be complicated and not to be dismissed because of that?

I definitely think that it's more possible for women to be—in certain places, New York and L.A., and San Francisco and Austin, Texas, in this century at least—seen as more complicated and more empowered and not be written off because of it. But I get nervous when feminism becomes a fad, just because fads die out. But I think it's so exciting to see a stronger call for women's empowerment. I also think it's taking a really long time, and, on some level, as much as we like to think that women are being more included, regardless of their gender, or whatever it is, I think that we still... I think this is gonna take a really fucking long time.

There's definitely something really complex about everything happening right now, where feminism is just part our daily conversation and political activism becomes something that more and more people can see themselves being involved in, and that's essential. But, also, it does feel a little bit scary when you think that some people are just kind of buying the t-shirts and not really doing anything beyond that.

I think it's very important that we move forward boldly about the way that we hold men accountable, and I think that at the beginning of any movement there are going to be casualties of that movement, and that's unfortunate. But beyond the public shaming of men—which I think is necessary in a certain way, and we're not gonna do everything perfectly—I think there needs to be a systemic change, which is education in schools—sex education, in particular—and the way that we talk to young men and women about consent—and the way that we talk to men and women of all ages about consent—is so important. I think that this is about consent, and it begins really young, and I'm sure there are lots of wonderful men who are confused as to whether or not they should be held accountable for some kinds of actions that they've taken. And that's unfortunate for them as individuals, and it's unfortunate for us as a culture that we have taught men how to be something and then we punish them for it later. This is what culture has told men to be, and in a way, there's some sexism involved in that, too.

Mozart in the Jungle premieres February 16 on Amazon.