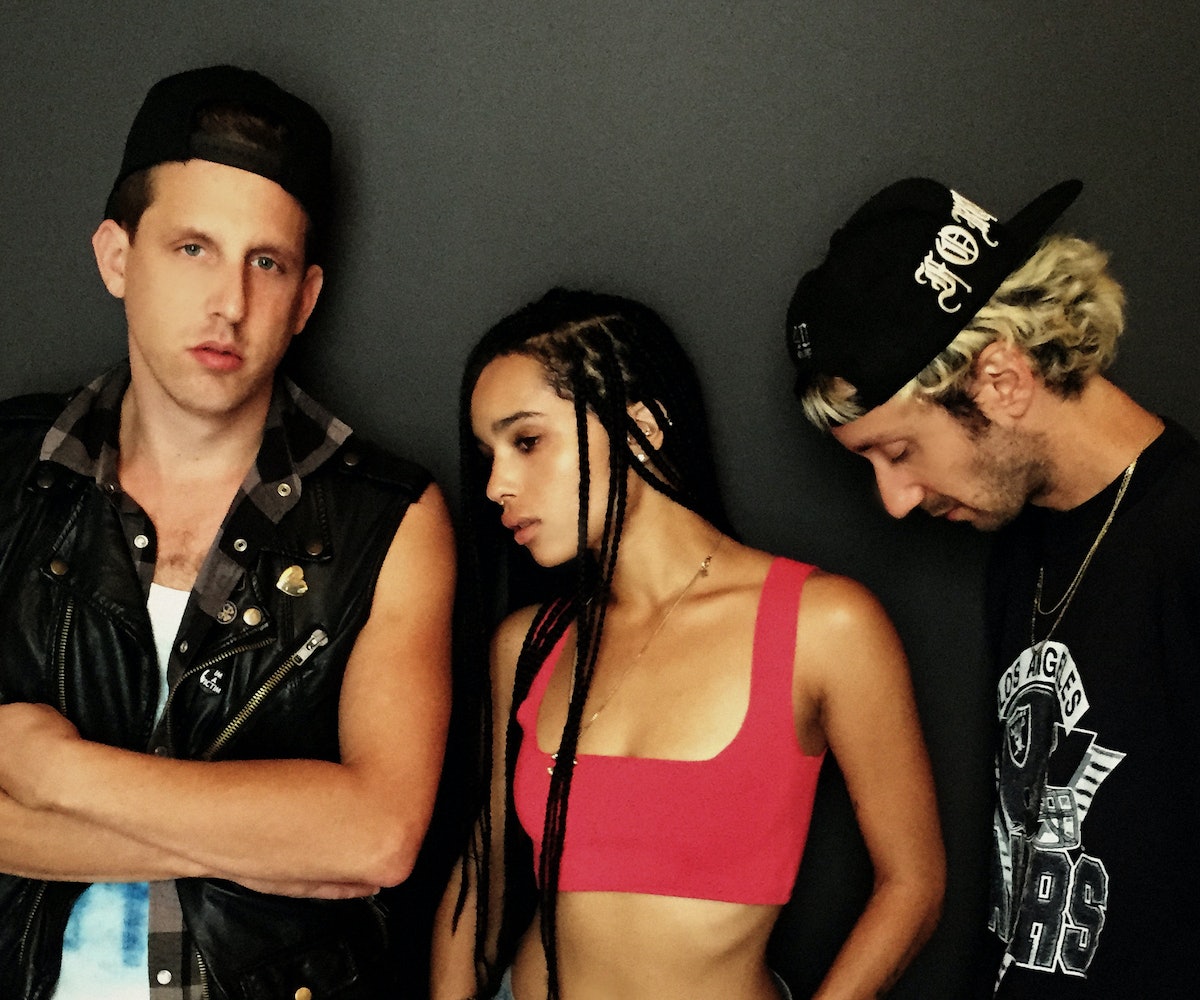 In their quest to encapsulate the glitched-out, neo-grunge subculture, LOLAWOLF just dropped another DIY video for their song “Bitch.” With a home video aesthetic, the video reads more as a hazy “day in the life”-type documentary that VH1 would somehow find and air in 10 year’s time. Featuring an appearance by a badass bitch that everyone heard of, Miley Cyrus (the group opened up for a leg of her Bangerz tour), the video shows her and frontwoman Zoë Kravitz traipsing around in their underwear, playing Go Fish with a Hannah Montana deck of cards, and plastering googly eyes on each other’s derrières (as one naturally does). Directed by Trouble Andrew, the last half of the video features more behind-the-scenes content.

If you haven’t already been listening to the ’90s infused cinematic pseudo-rap song on loop, we’re sure this video is about to change all of that. We’re calling it: Kravitz, James Levy, and Jimmy Giannopoulos are about to soundtrack your turn-ups.