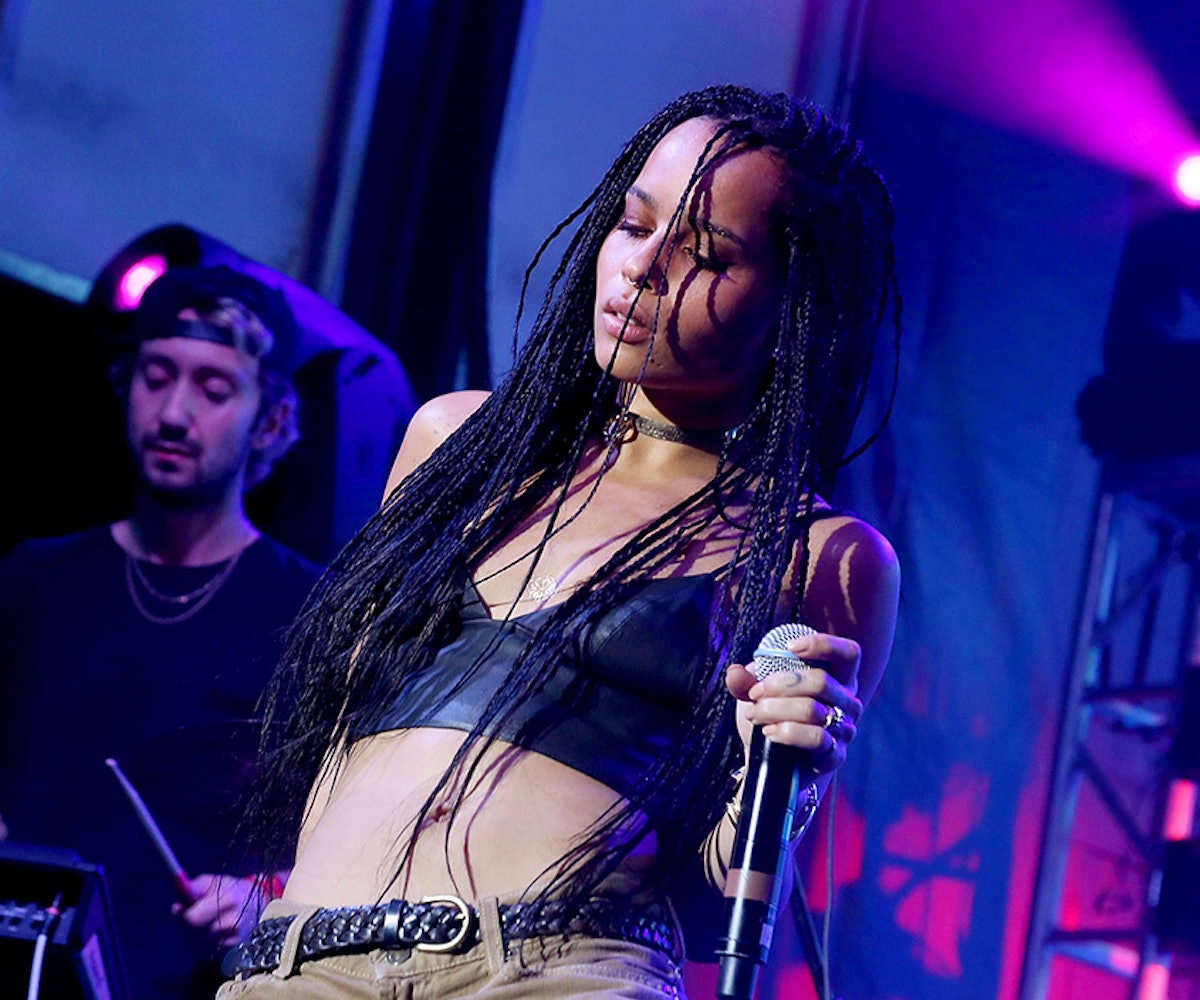 It is a basic requirement of every cool girl to be in a band. Gwen Stefani has No Doubt, Kim Gordon has Sonic Youth—hell, even Lindsay Lohan's character in Freaky Friday rocked out with her homies (don't act like this wasn't your jam). So it's no surprise that Coolest Girl in the World Zoë Kravitz is the frontwoman of the hip-hop-influenced electro-pop trio LOLAWOLF. The real shocker is the band's latest EP, everyfuckinday, which unexpectedly dropped on Tuesday. The mixtape features four new songs, along with the title track, for which a video was released earlier this month. LOLAWOLF's signature I'm-just-doing-me attitude and Kravitz's effortless, sung/rapped vocals remain true throughout, making for the perfect soundtrack to the edgy rooftop parties you'll be hitting up with your friends this summer.

Stream everyfuckinday below and, to really get your Zoë Kravitz fix, watch her play Go Fish with Miley Cyrus in LOLAWOLF's "Bitch" music video.