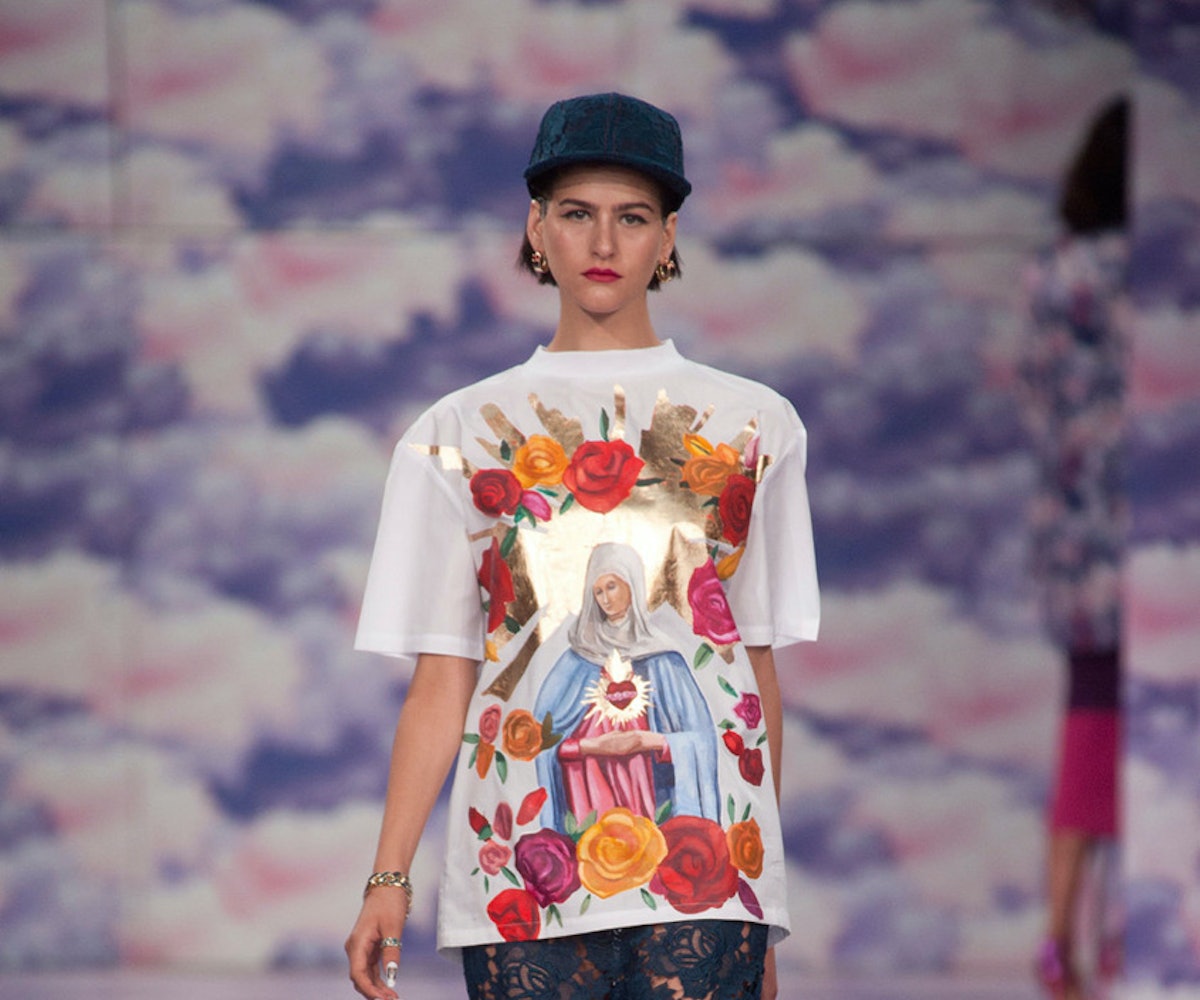 NYLON's Market Director Rachael Wang is front row, backstage, and at the most exclusive parties during London Fashion Week--and reporting on it all. Here is her first update from across the Atlantic.

It was a quintessentially English weekend with plenty of damp fog and cold drizzle, but the energy and creativity in London overshadowed the dreary weather. It's still early on in Fashion Month to really start establishing trends but some strong themes have started to emerge.

White has been at nearly every show across the board since New York and London is no exception. Dusty pink has been popping up all over as well.

Parachute jackets were at Christopher Raeburn and Preen, and Mulberry and Whistles showed great voluminous pants cropped above the ankle.

JW Anderson was a study in texture where leather, fringe, and sequins were manipulated into origami shapes through ruching, pleats, and draping. At House of Holland, tattoo-style roses adorned everything from skirts and jackets to gun holster-like harnesses that hold your phone and keys. The motif continued at Jonathan Saunders whose collection had a distinct '70s bend. I loved the silky snap off basketball shorts with matching embroidered jackets.

IT GIRLS AT IT SHOWS

Kate Moss sat front row at the Topshop Unique show, while at the flagship Longchamp store opening Alexa Chung and Pixie Geldof spun tunes as L'Wren Scott and Mick Jagger canoodled. Manolo Blahnik presented his collection with a silent film in a theater decorated with suspended shoes; meanwhile, Kelly Osbourne made an appearance at The Kills and Equipment dance party in Shoreditch.