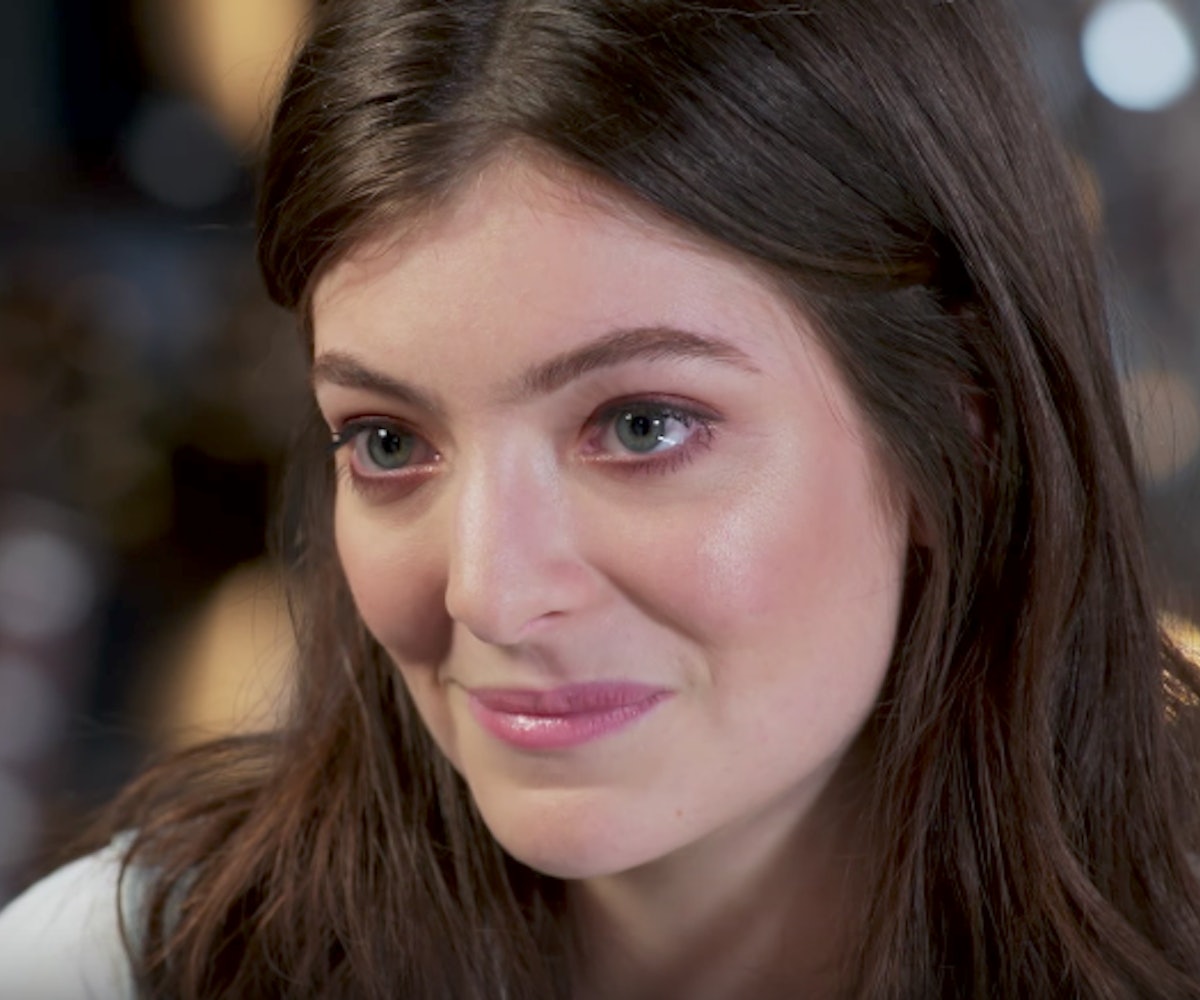 Lorde has showcased her ageless wisdom yet again. In a recent interview with Lara Logan on 60 Minutes, the 20-year-old superstar and onion ring aficionado discussed the meaning behind her moniker, how synesthesia (a neurological condition in which one sees sound as color) affects how she makes music, and what feminism means to her.

It all started when Lorde, whose real name is Ella Yelich-O'Connor, explained that she chose her stage name (in only two days!) to echo her "obsession" with the idea of nobility and aristocracy, adding an "e" at the end to "feminize" the word. When the two then entered the discussion of what feminism means to the singer, her response was perfect.

"It's totally not about me, it's about all women, who might not have the opportunities that I have or the privileges that I have," she says. "Trying to fight for better conditions of all women, whether that be trans women, or women of color, or women in professions that don't typically don't get a lot of respect. That, to me, is feminism."

Her message of intersectionality in feminism is one that the rest of the world should take note of.