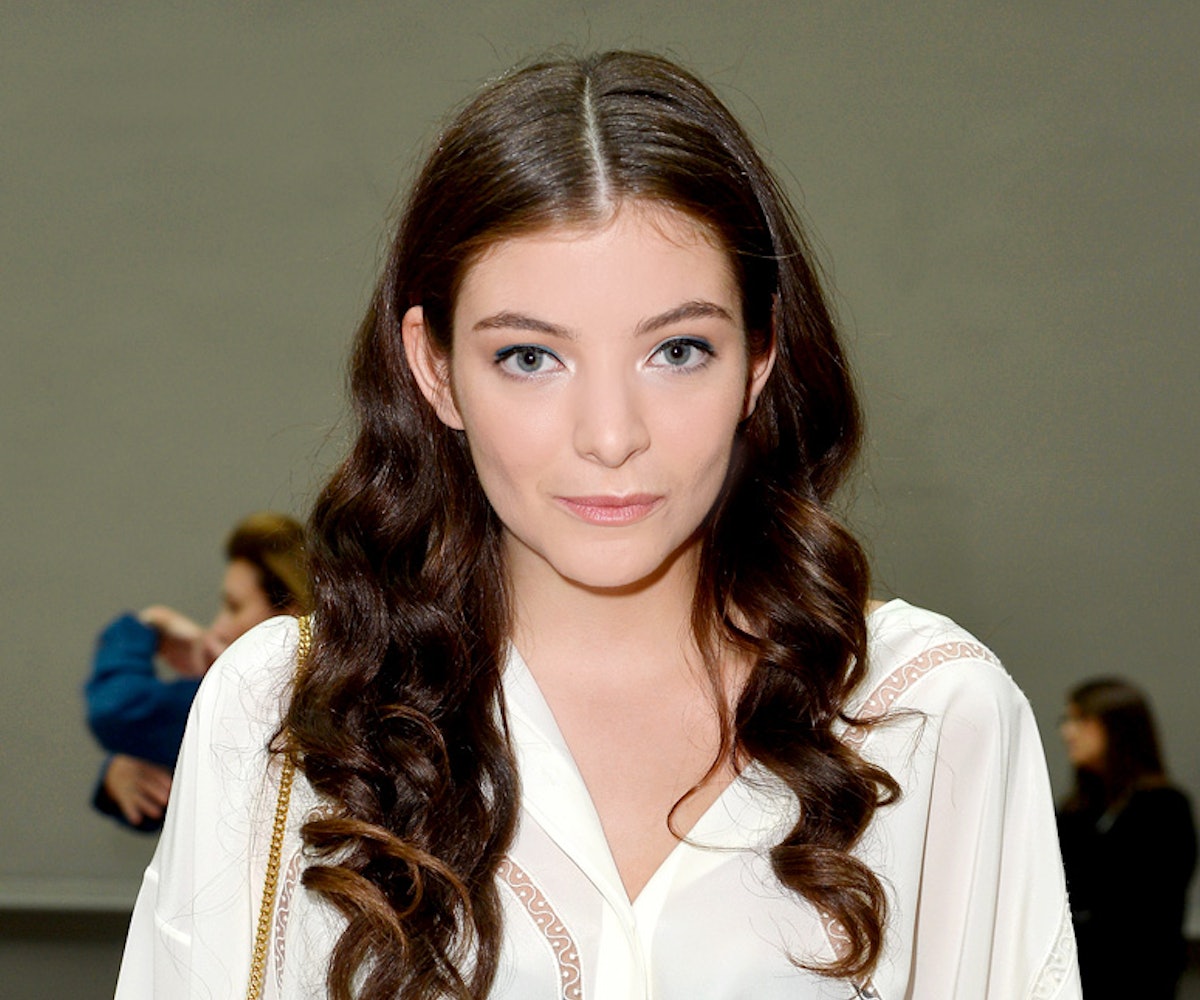 Lorde isn't usually one to let the public into her personal life, but today she made an exception. To celebrate her two year anniversary with her boyfriend James Lowe, the 18-year-old singer shared an adorable photo on Instagram. Captioned "two years, and sandstorms, and the stars haven't left my eyes," the snap reads like an album cover, with the couple looking off into the distance.

Her boyfriend then returned the digital display affection by sharing his own photo of their shadows. James, who is a photographer, usually takes stunning pictures of Lorde whenever they're together in New Zealand.

Last year, James wrote a blog post titled "Everybody Returns Some Day" on his blog, Ono Field. In it, he detailed his relationship with Lorde and the journey they had taken together as Lorde began to gain professional recognition. He wrote:

"My life is probably a lot different now, but it feels normal on the inside. Jared Leto said that fame doesn’t change you, it changes everyone around you. While I’m not the centre of attention here (and fuck, the times I have, it’s never been fun), I do become aware of the people around me and their transparency. They fail to hide it. I’ve experienced being a target of the tabloids, finding moments I thought I was in safe hands splattered all over the internet, being pushed and shoved, or watching others get pushed and shoved by paparazzi just to get what they think they’re entitled to. While I’m dragging on about the negative aspects, they are only a small part of my world now. There is a bright, shining silver lining to this thing I’ve been exposed to. I’ve had the privilege to sit on an aircraft for 12 hours, cramped, exhausted but happy (like Louis CK once said, 'YOU’RE FLYING. YOU’RE SITTING IN A CHAIR IN THE SKY!')."