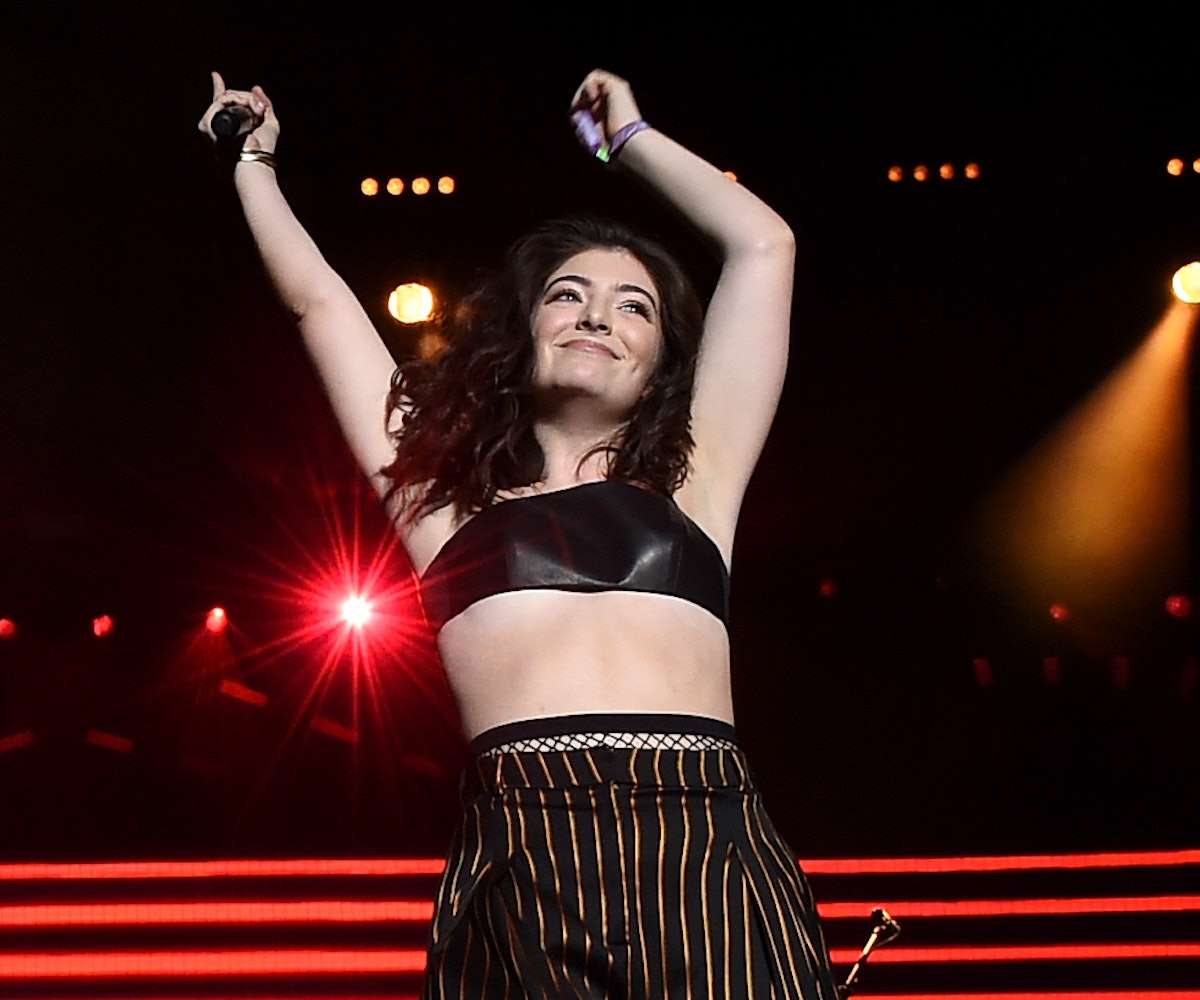 Lorde is planning something. What that something is, we're not sure. But that's not stopping us—and all of her Kiwis—from freaking out.

Today, Lorde released a cryptic commercial in New Zealand, which shows the singer casually eating fries and sipping some type of beverage, with a piano playing in the background. At the end, the text "3.2.17 NYC" and "3.3.17 NZ" flashes across the screen. Yeah, that's not much to go off of, but here's why we're pretty sure this teaser means new music is upon us.

She's set to take the stage on SNL March 11, a likely hint that new material is coming. She promised us new music back in November by way of a very emotional Facebook post. She's appearing at both Governors Ball and Coachella this summer, two of the biggest festivals of the year, which would require new material to perform. And, she's kept her adoring fans waiting for four years too long.

March 2 and 3 are a couple of days away, meaning Lorde's *enter non-name of her fans here* not located in New York City or New Zealand have some time to plan accordingly. Better hurry, though. The dark pop princess waits for no one.