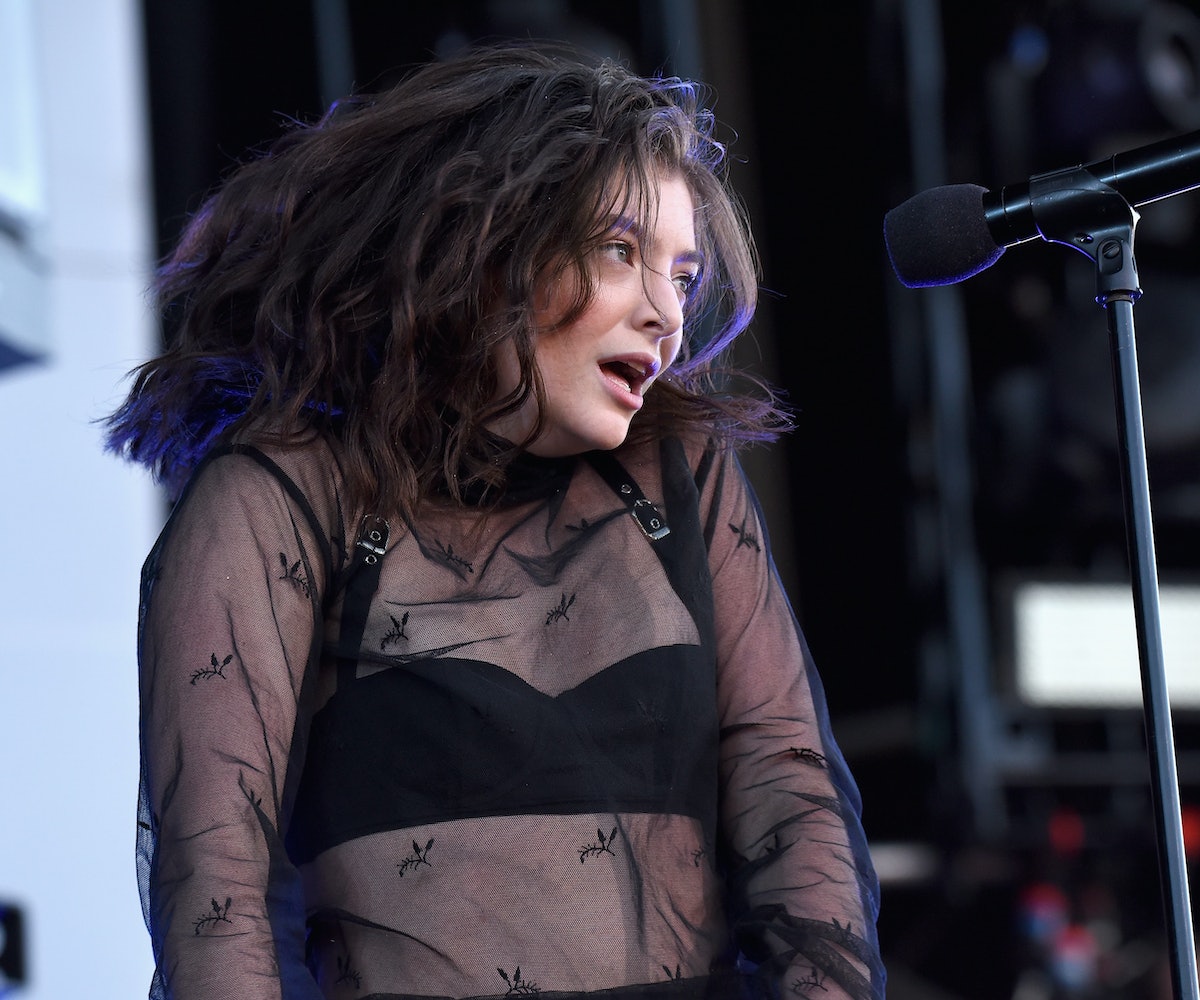 Lorde went on to Genius to decode the lyrics of her bouncing new single "Perfect Places," and revealed the song revolves around a really fun house party. "A waster is a drunk person," the singer wrote when explaining the lyric "Watch the wasters blow the speakers."

"This line I remember writing down when I was standing on my porch watching my friends fiddle with the speakers inside and thinking 'oh, in about ten seconds they’re gonna go,'" Lorde said. "I wrote this lyric in November of 2016, but then in December me and my friend drank a bunch of 1 part champagne, 1 part vodka cocktails which we christened Suicides and DJ-ed a really raucous Christmas party—we had this crazy room going then blew the speakers spectacularly and ghosted out of there. So yeah. Kind of about me. I’m a mess."

But, there's more beyond the setting. She also said the very melodramatic line, "I hate the headlines and the weather," came about in the summer of 2016 when it was hot and humid in New York City and every front page had Trump's face on it.

"The news was just horrific every day," Lorde explained, "and it was so hot in this sickly incorrect kind of way, like what i imagine the weather in a disaster movie is like just before the bomb hits or the aliens land."

In the song, she said she pays tribute to David Bowie and Prince, who both passed away in 2016, with the lyrics, "All of our heroes fading/ Now I can't stand to be alone."

Lorde says her big realization last year was that she was "partying so much" because she was "just dreading sitting at home by myself hearing my thoughts hit the walls.” This feeling was her inspiration for the whole album.

"I think parties are a really interesting mental exercise/take on a few different layers when you’re feeling like this," she wrote. "Kind of what the album is about."

Now we're even more ready for the full record, Melodrama, which will be released June 16. You can read all of her annotations for "Perfect Places" here.

Check out the new song below.