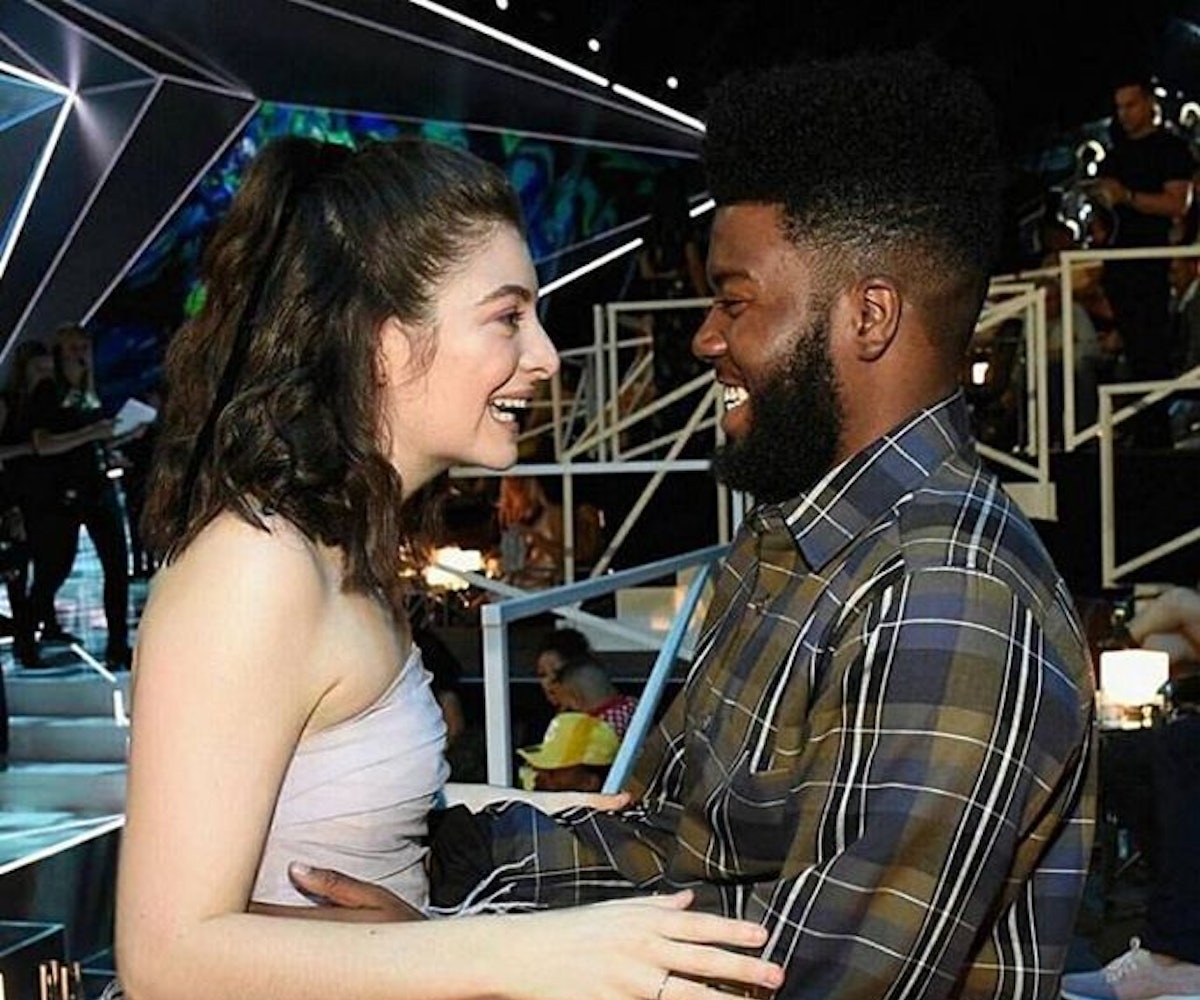 From SZA's cameo on Maroon 5's "What Lovers Do" to Calvin Harris' star-studded Funk Wav Bounces Vol. 1, it's safe to say that nothing is off-limits when it comes to music collaborations this year. And Lorde's new remix of "Homemade Dynamite," featuring SZA, Post Malone, and Khalid, is proof that the trend isn't going away anytime soon.

The single is the third off of Lorde's critically acclaimed sophomore release, Melodrama. Lorde teased the single yesterday on her Twitter page, with the cryptic caption, "Tomorrow," paired with an image of the single's cover art. As promised, she delivered the track this afternoon.

The track opens with a verse from Lorde, followed by new solo verses from Khalid, SZA, and Post Malone. With the new remix out, we only have one question left: When will there be a SZA, Lorde, Khalid, and Post Malone tour? We'll start the petition.

In the meantime, stream the song, below.