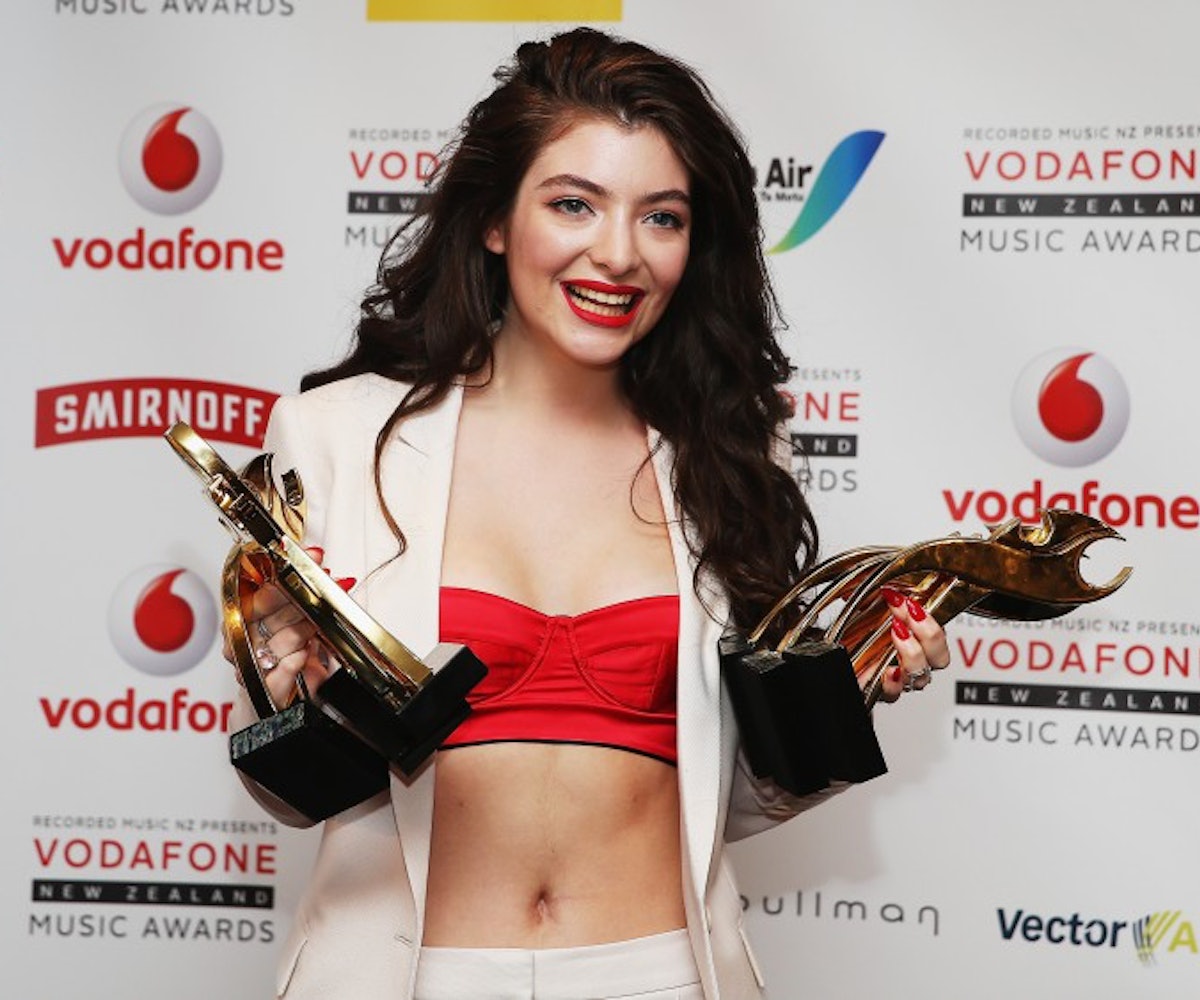 Lorde was on fire Thursday night at the Vodafone New Zealand Music Awards where she took home six Tuis (that's what they call their golden trophies), including those for "Single of the Year" ("Team") and "Best Pop Album" (Pure Heroine). Not only did she scoop up all of the top honors at her home country’s ceremony (duh), but the outfit she wore to the event brought some heat as well.

Since we're all huge fans of everything ‘90s, we're obsessed with Lorde's modern take on the crop top that our faves like Madonna, Britney Spears, and TLC supported during the era. By pairing an open, oversized blazer over a red bustier-inspired crop top with red lips, The Hunger Games soundtrack curator also channeled the series' own "Girl on Fire."

And while we're still obsessing over the retro fashion style, we’re not totally sold on matching your lipstick to your clothes (unless it's done like this).

Will matching your lipstick to your crop top become the next big fashion trend? Looks like only Lorde knows.