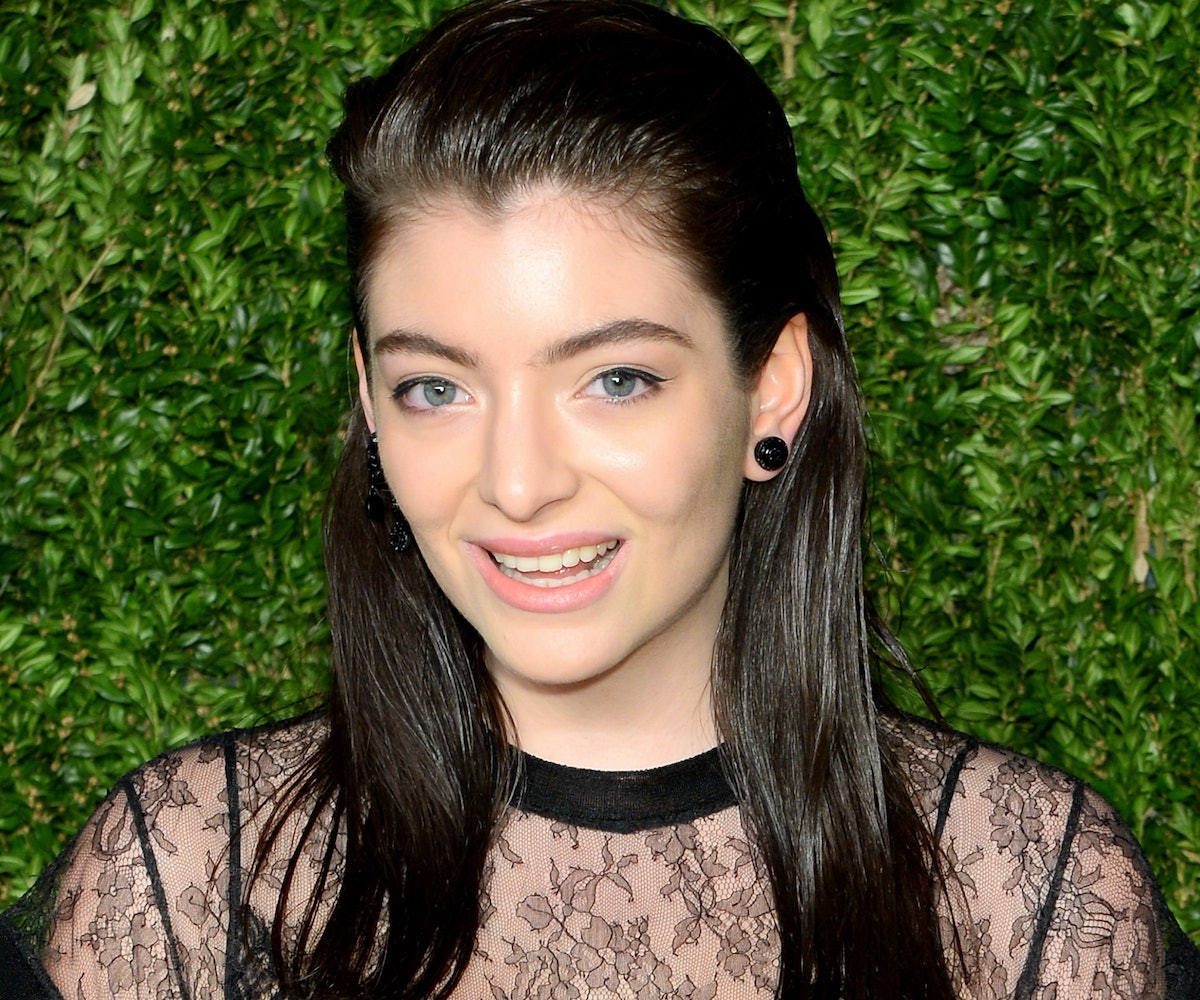 Two days after his untimely death, the David Bowie tributes continue to pour in. Last night, Lorde reluctantly shared the moment she met Bowie for the first time at a 2013 Vogue gala honoring TIlda Swinton. "It feels kind of garish to talk about oneself at a time like this, when the thing that has happened is so distinctly world-sized," she wrote on her Facebook page. "But everything I’ve read or seen since the news has been deeply intrinsic in tone, almost selfish, like therapy."

The encounter came at a time when Lorde was still adjusting to her newfound fame and the glamorous world it had swept her into. After performing her three songs, Anna Wintour told Lorde, who wasn't even 17 at the time, that David Bowie wanted to meet her. "I've never met a hero of mine and liked it," she writes. "It just sucks, the pressure is too huge, you can't enjoy it. David was different." Indeed he was. Read Lorde's moving tribute in its entirety below.

When a hero dies, everyone wants a quote. I woke up this morning with a tender head from tears and that big red cup of... Posted by Lorde on Monday, January 11, 2016

NEXT UP
Entertainment
The Meaning Behind Paramore's Disillusioned Anthem, "This Is Why"
Entertainment
Timothée Chalamet Stars In Dark & Dreamy 'Bones And All' Trailer
Entertainment
SZA May Finally Be Returning With New Music
Entertainment
Cate Blanchett Plays A Troubled Genius In 'TÁR' Trailer