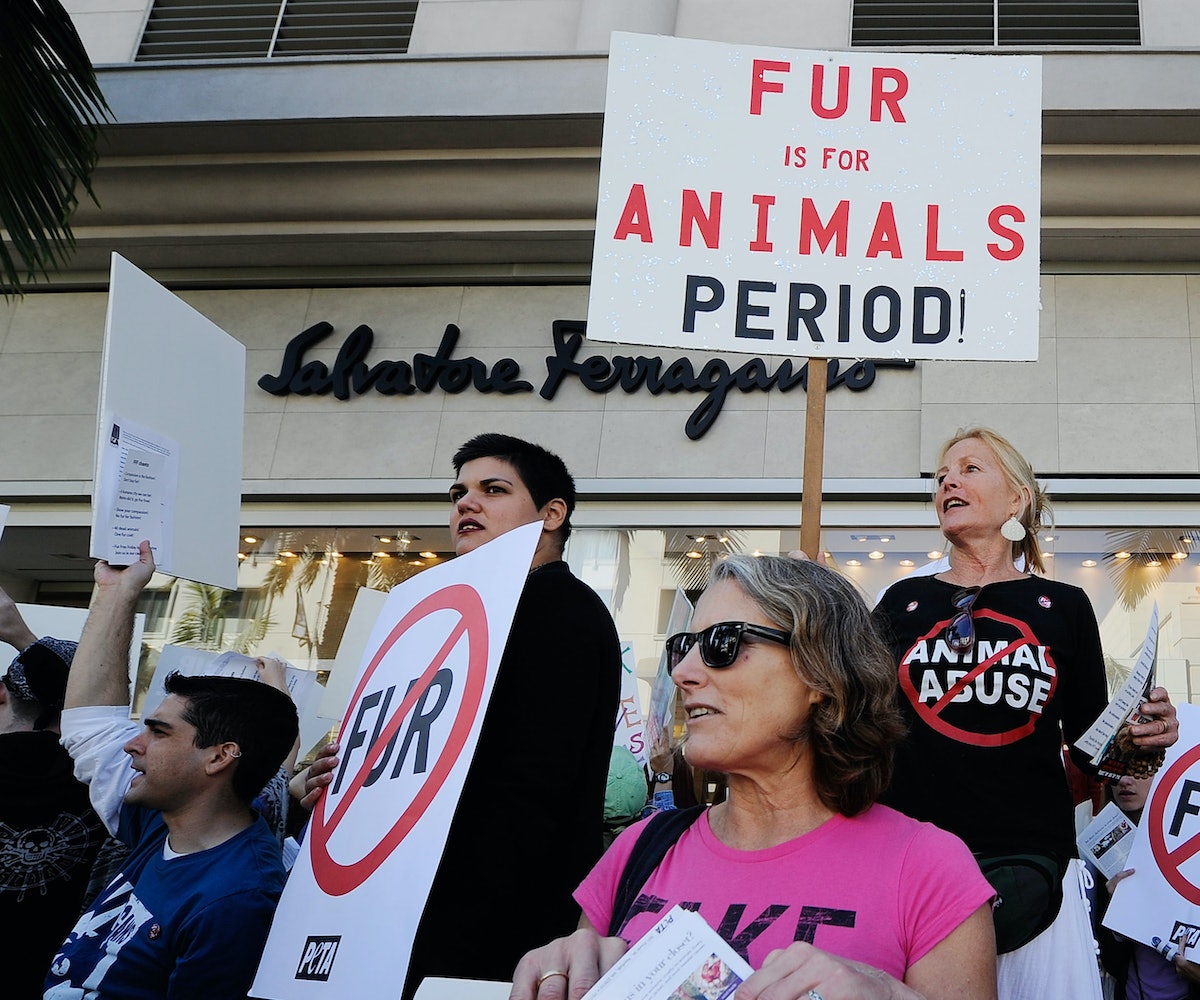 Wearing fur is out, at least according to us, multiple big fashion brands, all the designers showing at London Fashion Week, and a few cities. Los Angeles is the latest to pass legislation banning the sale of fur, becoming the largest city to do so.

According to a report from the New York Times, the Los Angeles City Council voted unanimously for a ban on the sale of fur clothing and accessories, which directs the Los Angeles City Attorney to create a policy which would make fur sales illegal. It is expected that this legislation will be formulated in a month's time and will take effect two years after it is signed.

Council member Bob Blumenfield, who is responsible for introducing the legislation, said on Tuesday, “This is L.A. taking a stand and saying we will no longer be complicit in the inhumane and vile fur trade that’s been going on for years.” He continued, saying that the Council is "trying to set an example for the rest of the state and the rest of the country.” Los Angeles follows San Francisco in its ban.

P.J. Smith, senior manager of fashion policy at the Humane Society of the United States, was thrilled upon hearing the news, calling it a “wonderful day for the fur-banning brigade.” “I’ve been doing this job for about 10 years, and if you would have told me just two years ago that Gucci, Versace, Burberry, InStyle magazine, London Fashion Week, Norway, the Netherlands, São Paulo would be going fur-free, I wouldn’t have believed you. But it’s happening.”

Los Angeles has a relatively mild temperature, usually staying around 75 degrees Fahrenheit, so fur isn’t exactly the most realistic fashion choice for those who live there. Regardless, the ban is a huge step forward in terms of denormalizing the wearing of animal products.