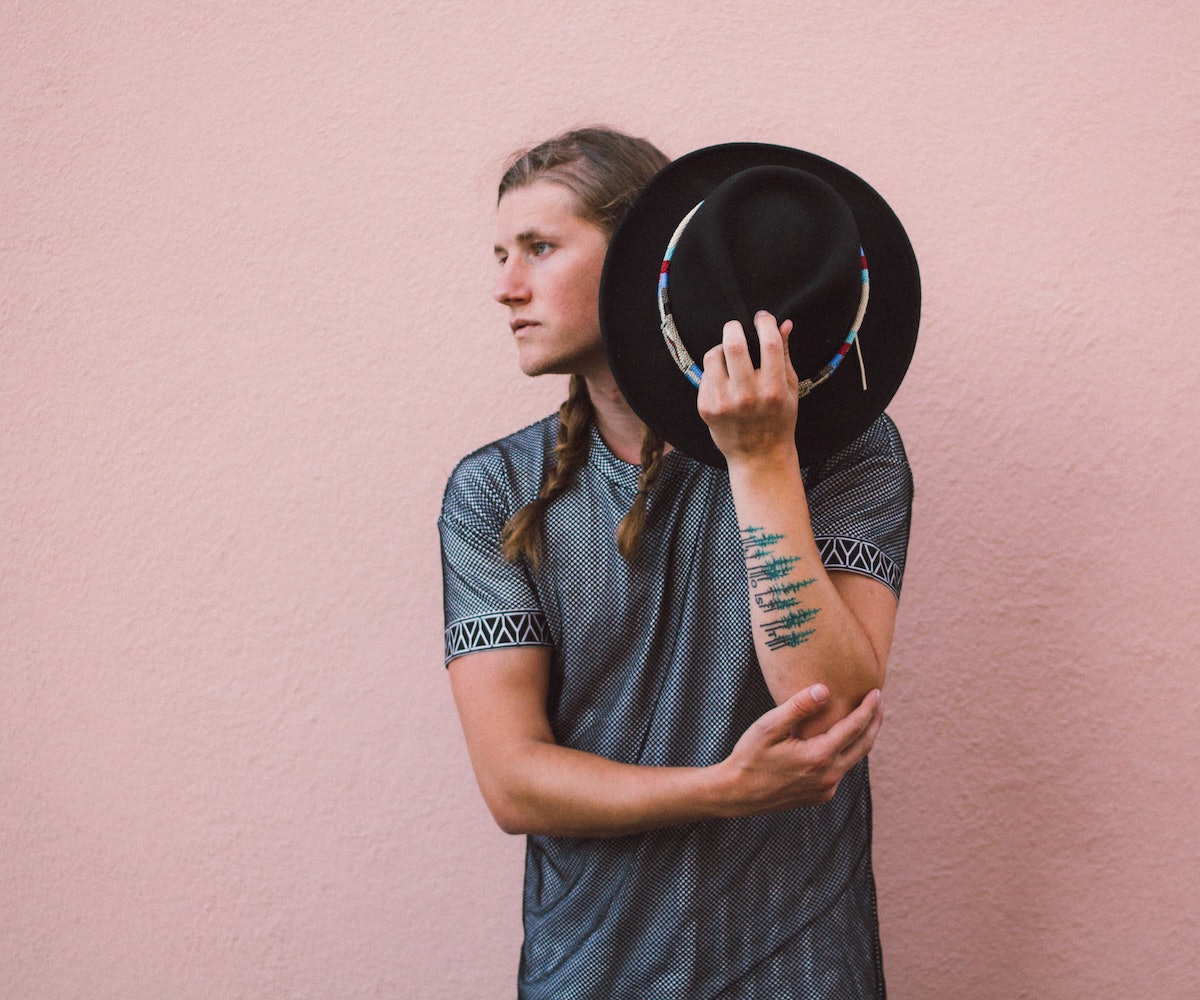 Lostboycrow describes his vibe as being that of a "pop-minded vocalist's dark love affair with the world of modern R&B." The description couldn't be more accurate, seeing as the rising artist's claim to indie-pop fame stems from his ability to juxtapose the intimacy of personal memories with bouncing electro-pop synths. And the EP certainly reflects that: the retelling of a hazy, nostalgic memory you're reaching to remember—or even, forget. Perhaps it was too painful, perhaps you aren't quite ready to face it head-on, but Lostboycrow does his duty of painting the beautifully haunting picture of it for you.

"Devil's In The Backseat"

I let the tones of the verse set the pace for what would become a darker narrative of self-discovery and exploration. Of course, at face value, it could be taken as a seductive or even misogynistic-leaning anthem. But, as I'd hoped to portray in the video, it is a projection of my own experiences with human nature. Coming to terms with the truth that sexuality comes from a place as beautiful, powerful, and free as nature itself.

The vibrant colors of youth paint such vivid pictures: undaunted affection that will pledge oneself against the world in the name of love. I wanted to take Shakespeare's masterpiece as reimagined with [Claire] Danes and [Leonardo] DiCaprio in Romeo + Juliet and color over, in, and outside the lines of its classic story with my own nostalgia.

Sincere art thrives off of desperation. I believe it is why so many of us can be self-sabotaging, especially in our relationships. But even [Charles] Bukowski would be the first to admit those brief moments of euphoria can and often do live amongst what is safe and comfortable. When we're finally okay with needing someone, the brief moment where being needed is enjoyable, fully aware of its own brevity, and [being] all the more thankful for it. Comfortable. Not bored. Still trying.

An anthem to myself, for each and every one of us who has the distinct honor of not being able to distinguish our passions from our purpose. There is a calm sort of brainstorming that takes place when I run. Thoughts seem to make the most sense. I thought of "Real Name" while taking a lap around the track of my old high school. Not coincidently, the opening line is, "I been running laps at the track of my old school," the reality of which was true, and the sentiment reflects how I could be so far ahead of any expectations set for me by myself and especially others at that time. In that moment, I could feel myself begin to run laps around so many ghosts that I had spent years chasing and being chased by. I had finally found a peace connecting dots between my past, my dreams, and who I was becoming. I wanted to write something that empowered others to do the same despite the limitations given to them by others.

The title track of my first ever album-to-be, and really the pinnacle of The First Legend. I wanted to put together a frequency that allowed people to feel like they were embarking on something new. A musical journey to the center of Lostboycrow, yes, but also an odyssey outside the familiar lines we trace to stay sane in our insanity. "I found all my reasons/ Yeah they fought like demons/ Till I stood to fight on the other side/ Of all I believed in..." Music is the greatest call to adventure. It's bigger than us. It begs us to step away from whatever microscopic straw we have grown comfortable seeing the world through and look at everything for what it is—too much to take in; too big to understand or even describe. But nevertheless, we go and try.