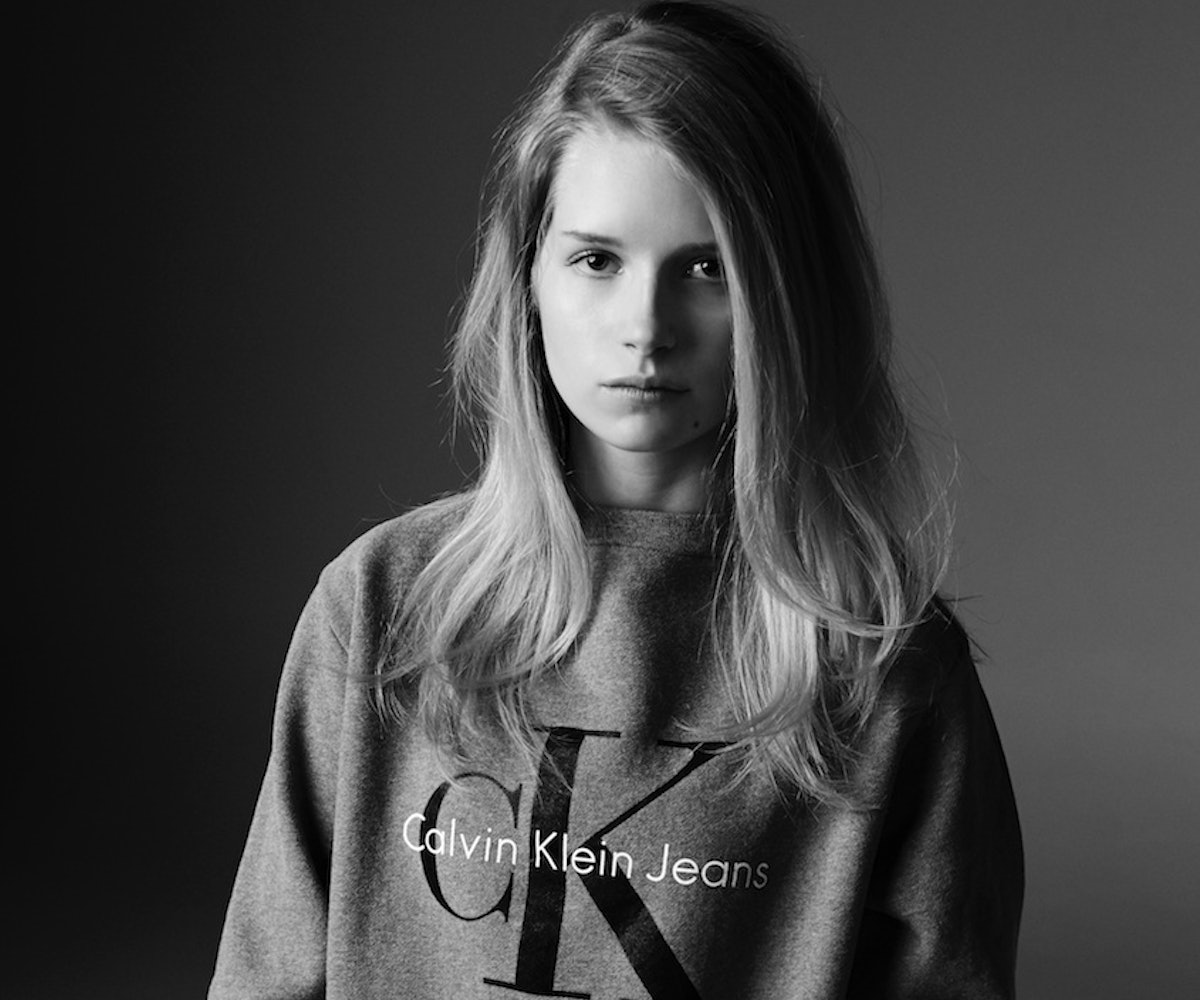 Whether you're talking about Brooke Shields' iconic "Nothing comes between me and my Calvins" campaign or Kate Moss' controversial CK One message, Calvin Klein and supermodels go together like peanut butter and jelly. But while you might not recognize the face of the label's newest ads immediately, you will soon--and this is because she has modeling literally in her genes.

Meet Lottie Moss, the 16-year-old sister of Kate (yes, that Kate) and the new rep for the brand's collab with mytheresa. The two companies have teamed up on a capsule aptly titled "The Re-Issue Project," which features pieces inspired by CK's most notable styles from the '80s. Think modernized, revamped takes on nine key items, like logo tees and tons of denim. There's even underwear stamped with the Calvin Klein lettering (a nod to the ads made famous by Kate Moss and Marky Mark).

Sealing the whole retrospective deal, though, is the fact that these gorgeous black and white images were shot by none other than Michael Avadon, acclaimed shutterbug who captured Shields in the '80s. After all, what's old is always new again in the fashion world...but rarely do these throwbacks ever look so cool.