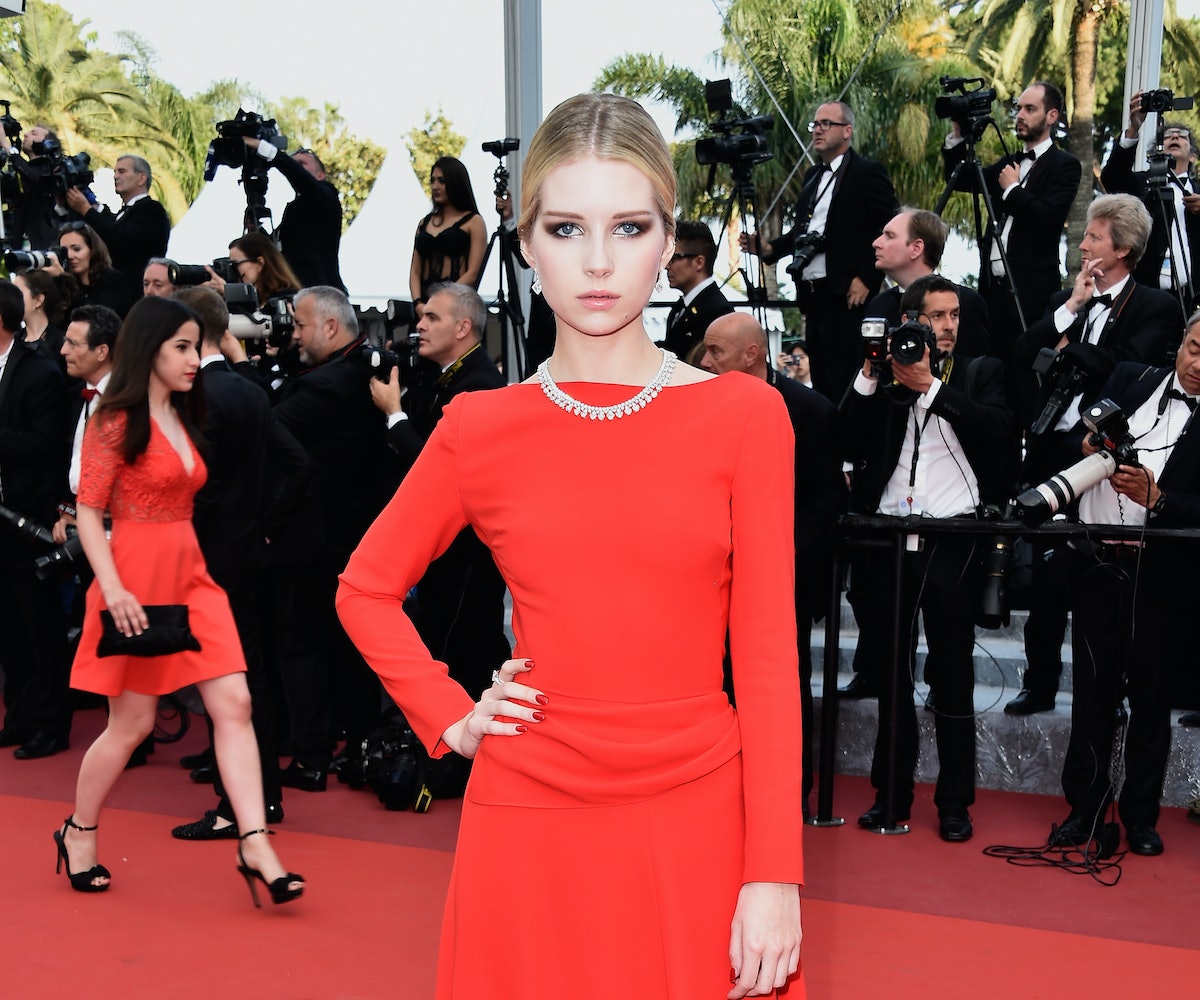 While Cannes Film Festival may be all about, well, film, there's no doubt that the fashion this year has been stealing the spotlight.

In a sea of parties that surround the film festival, last night’s Chopard Gold party was the place to be. The star-studded event included attendees such as Kendall Jenner, Adriana Lima, and Kate Moss, amongst others, in some of the prettiest red-carpet looks we’ve seen thus far. Think: gorgeous and glitzy gowns with intricate beading, lace, and feathers.

But who really stole the show was Moss’s younger half-sister, Lottie Moss.

The 18-year-old rising model channeled old Hollywood glamour in an intricately embellished Balmain gown with a tassel fringe hemline. Dripping in crystals and pearls and revealing just the right about of skin—with her side swept hair delicately curled into loose waves—she looked extremely polished and poised (which we imagine was difficult given how heavy that dress looks).

Is she following in the footsteps of her older sis? Aside from a variety of campaigns and editorials, Mini Moss already covered L’Officiel Netherlands. We hope the next stop is Vogue.