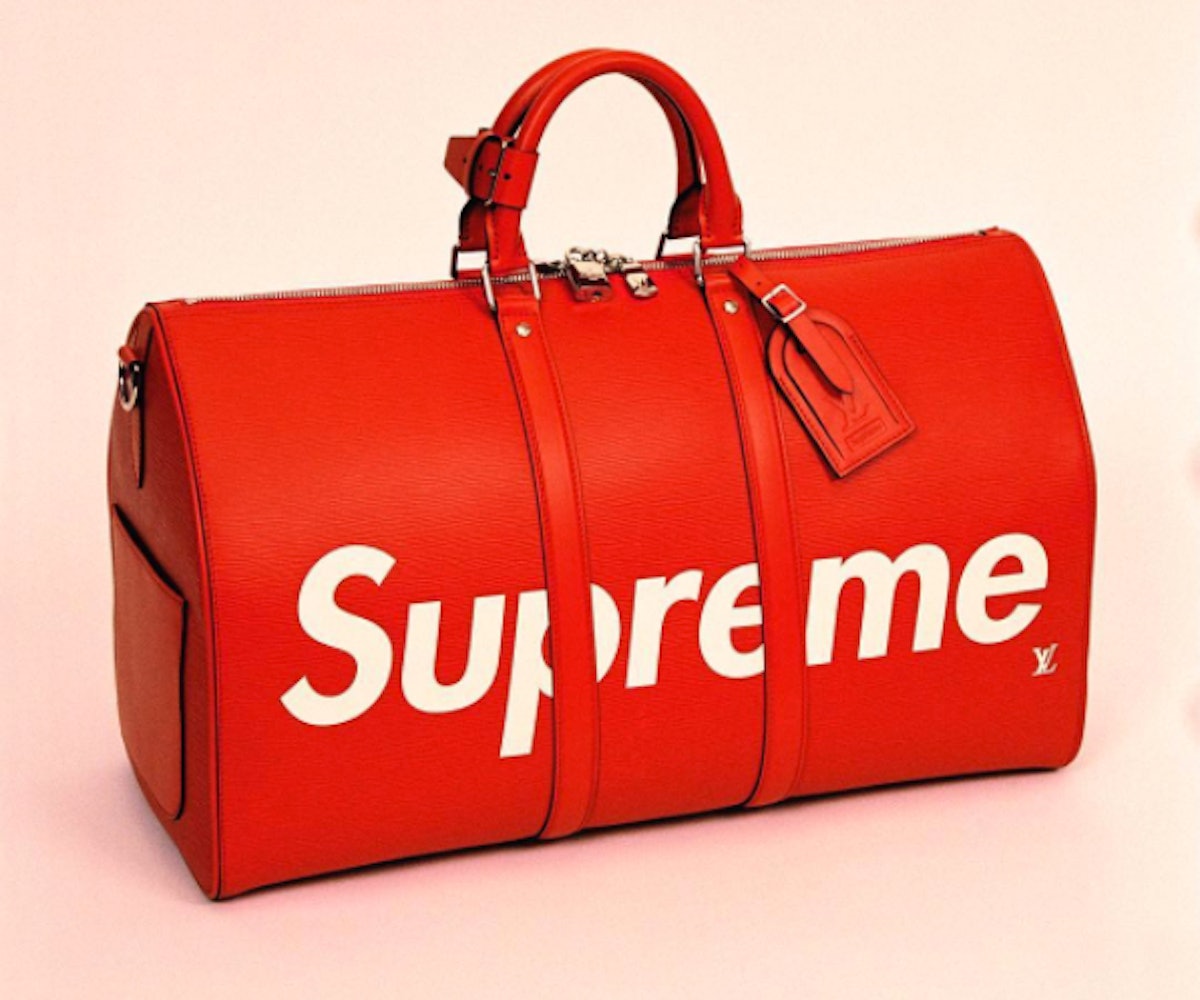 Rumors of the collaboration started flying after a Supreme fan account shared an Instagram from the upcoming show's casting call that showed a white T-shirt embossed with the LV and Supreme logo. That account has since shared more alleged images from the collection, which touts branded skate decks, fanny packs, accessories, and more.

Prior to this, Supreme had used the LV logo without permission. Now, Vuitton is singing a different song. "I just feel that the strength of their graphic versus the strength of the Louis Vuitton graphic, and that kind of Pop Art feeling—it works together perfectly,” Jones says.

No prices for the collection have been posted anywhere, but that red leather Louis Vuitton x Supreme Keepall Bandoulère 45 model will likely run well above $3,000. Just remember: a fuccboi attitude can't be bought.