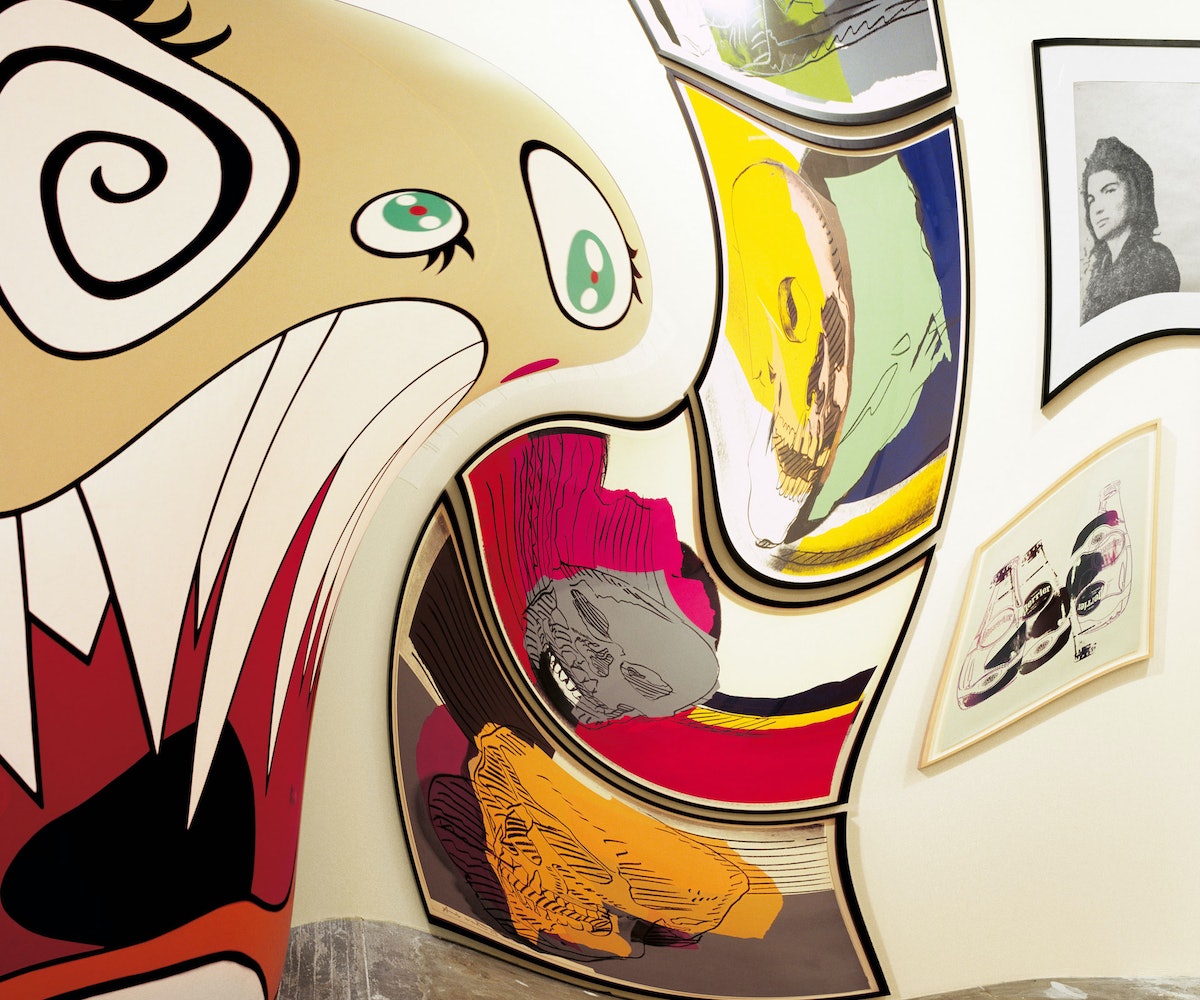 Museums and galleries are inherently designed to shape the viewer’s experience of the artwork on display. In the late ’60s and early ’70s, a movement of institutional critique became popular among artists who wanted to challenge these existing systems. Louise Lawler takes this effort one step further.

This spring, the American artist is being featured at New York City’s Museum of Modern Art in a survey exhibition that will cover her 40-year career and spotlight over 150 of her works, including her latest, Pollyanna (adjusted to fit) distorted for the times. The show is titled “Why Pictures Now,” in reference to one of her pieces from 1981—a photograph of a matchbook printed with the eponymous phrase, propped up against an ashtray. The allusion brings Lawler’s earlier work into the present, according to curator Roxana Marcoci. “[The show] has an emphasis on the now, and it’s an exhibition that defies chronology,” she says. The installation mirrors this sentiment; the show is not displayed chronologically, but rather with loose themes grouping works together.

One of the primary functions of Lawler’s work is to demonstrate how art changes based on the context. “She draws attention to aspects that [the viewer] usually fails to notice,” Marcoci says. “All of these pictures deploy her careful attention to institutional frameworks, to artistic presentations, and to model displays. The very witty and effective situations that underscore the strategies in that format are production and deception.”

Lawler’s pieces also often have a strong feminist angle to them. Birdcalls, for instance, is a seven-minute audio piece that was conceived in 1972 and then recorded nine years later. Lawler was invited to help her friends set up a show at an abandoned pier on the Hudson River, but was not included in the exhibition—aptly named “Pier 18”—herself. Marcoci explains that in the piece, “She literally strains her voice in order to squeak, chirp, and tweet either the first or last names of celebrated male artists who were included in the show.” The audio will play in MoMA’s Sculpture Garden throughout the duration of the exhibition.

Another element that brings “Why Pictures Now” into the present is the way that Lawler re-examines her own process. “She doesn’t appropriate other artists’ work, but she revisits her own work by transferring some of the images to different formats, which you’ll see all throughout the exhibition,” says Marcoci. The curator goes on to point out the influence of Lawler on those who are just starting out in the art world. “I think she’s an artist who is very important to a new generation of artists, and rightly so because of the way she’s been constantly rethinking her own production,” she says.

For the show, Lawler created Pollyanna (adjusted to fit) distorted for the times, an adaptation of one of her best-known works, Pollyanna (adjusted to fit), which warps the original. Lawler conceived the distorted effect in 2017, and applied it to a work completed between 2007 and 2012. The artist was inspired to revisit this work based on phrases that became popular in the political sphere earlier this year. “She did it at the moment when the whole subject of truth and fake news came to the forefront of national discourse, and she decided to tweak one of her adjusted images,” Marcoci says. “She has added a twist to further distort [her work] as a reaction to the concept of alternative facts.”

The museum is also facilitating other events in conjunction with the exhibition: Andrea Fraser, an art critic and performance artist who has written essays on Lawler, will perform her well-known work “May I Help You?” and during an event called 7x7, seven artists will make seven-minute presentations in reaction to Birdcalls. This means that viewers will be able to see how the artwork functions both inside and outside of the museum. “Because all of her works deal with institutional framing, they are also works of other artists’ works. It’s like a great introduction not only to the history of art or the history of modern and contemporary art, but also to the various strategies of presentation and displays within museums and private collections and auction houses,” Marcoci says.

Marcoci and Lawler have been in dialogue about this exhibition for three years, allowing the curator to develop a greater appreciation for the artist. “She has such intellectual rigor, but at the same time there is so much humor, and there is this very understated way in which all of this is done,” she says. “It’s just very rare in an artist.”

The exhibition "Why Pictures Now" opens at the Museum of Modern Art on April 30.