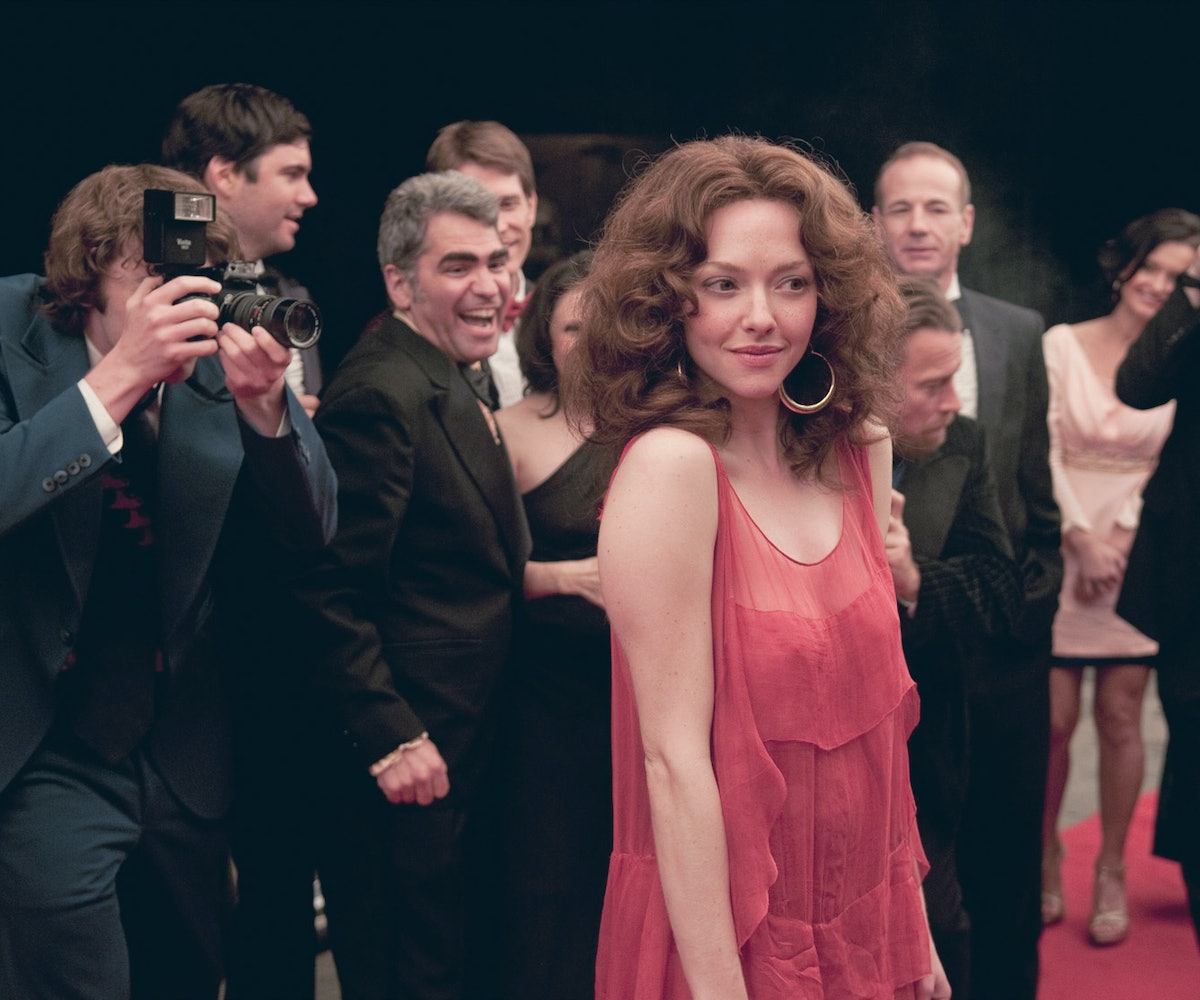 to her feting by none other than Hugh Hefner himself (yes, that's James Franco as the smut king), if it's not quite a celebration it certainly is a sunny portrait of life in the sexually liberated early '70s.

But it's the second version of the film that stays with you. Halfway through the biopic, directed by Rob Epstein and Jeffrey Friedman (who were both behind 2010's

), the story shifts back to nearly the beginning. What we thought was fact--Lovelace's happy marriage with Traynor, her excitement about becoming a star, her eagerness to parlay the surprising hit into a bona fide career--is framed as fiction as we see what happens when scenes end, doors close, and no one's looking.

sexy? No, this is no bow-chicka-wow-wow

-esque film, but in all of its honesty and rawness it's hard to look away.