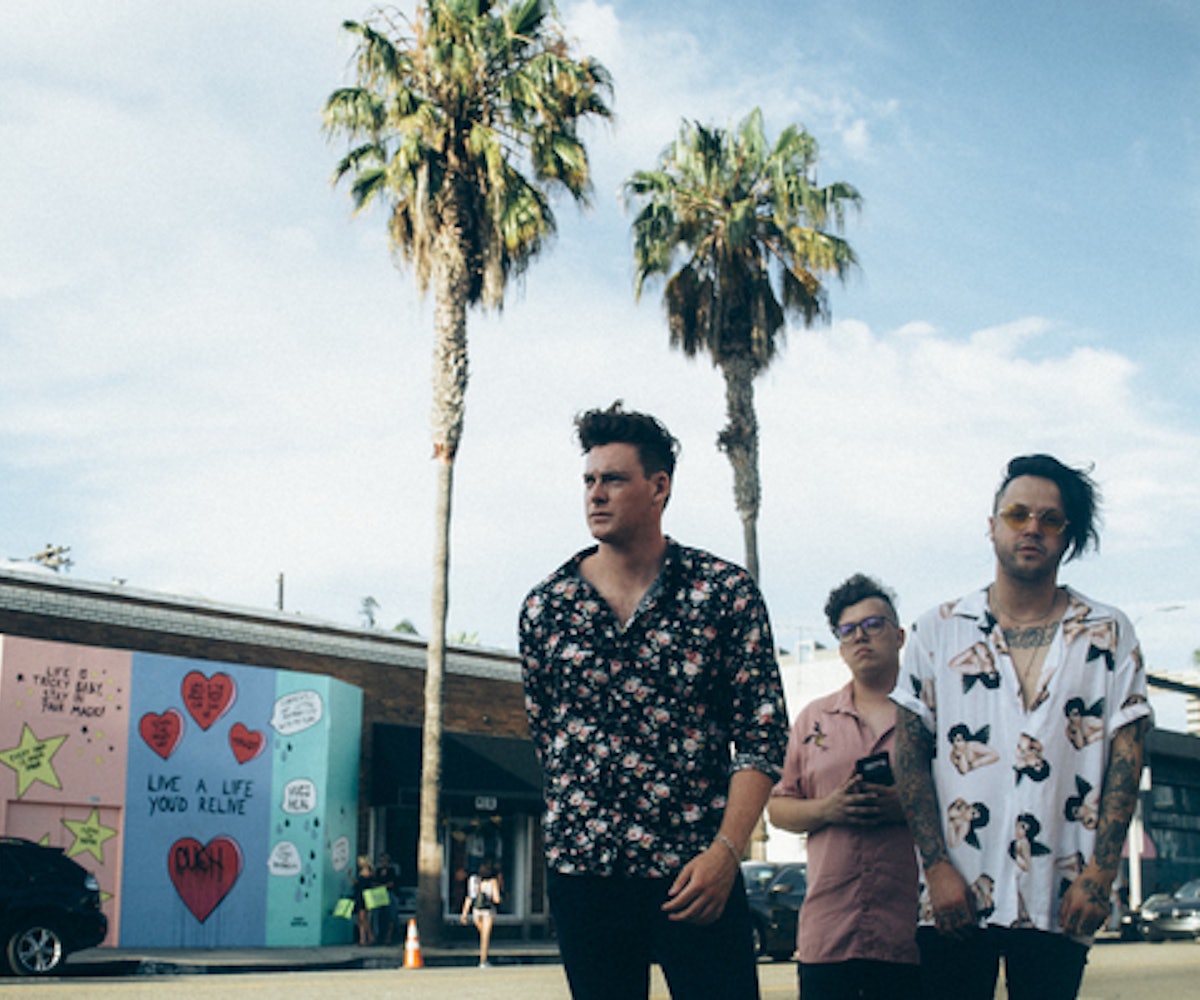 In an age ruled by technology, genuine human connections can seem few and far between. Luckily, artists like lovelytheband are working to help us experience the scope of our emotions, by creating catchy music for those who struggle and yearn for human connection. Their viral debut single, "broken," is proof of this, and has landed members Mitchy Collins (vocals, guitar), Jordan Greenwald (guitar, keyboard), and Sam Price (drums) at the forefront of the alt-pop music scene after three sold-out shows in NYC and L.A. and over 2 million streams on Spotify. And now, the band is premiering the video for their single right here on NYLON.

"Everyone is a little broken, even our loving parts can be screwed up at times. This is a song about hoping to find someone whose issues line up with yours," says Collins of the track. "I'm still trying to figure that out and find that myself. It's special to me, seeing so many people relate to this song like they have so far."

The band's debut EP, everything i could never say..., is due out September 22 via Another Century Records/Sony Music.