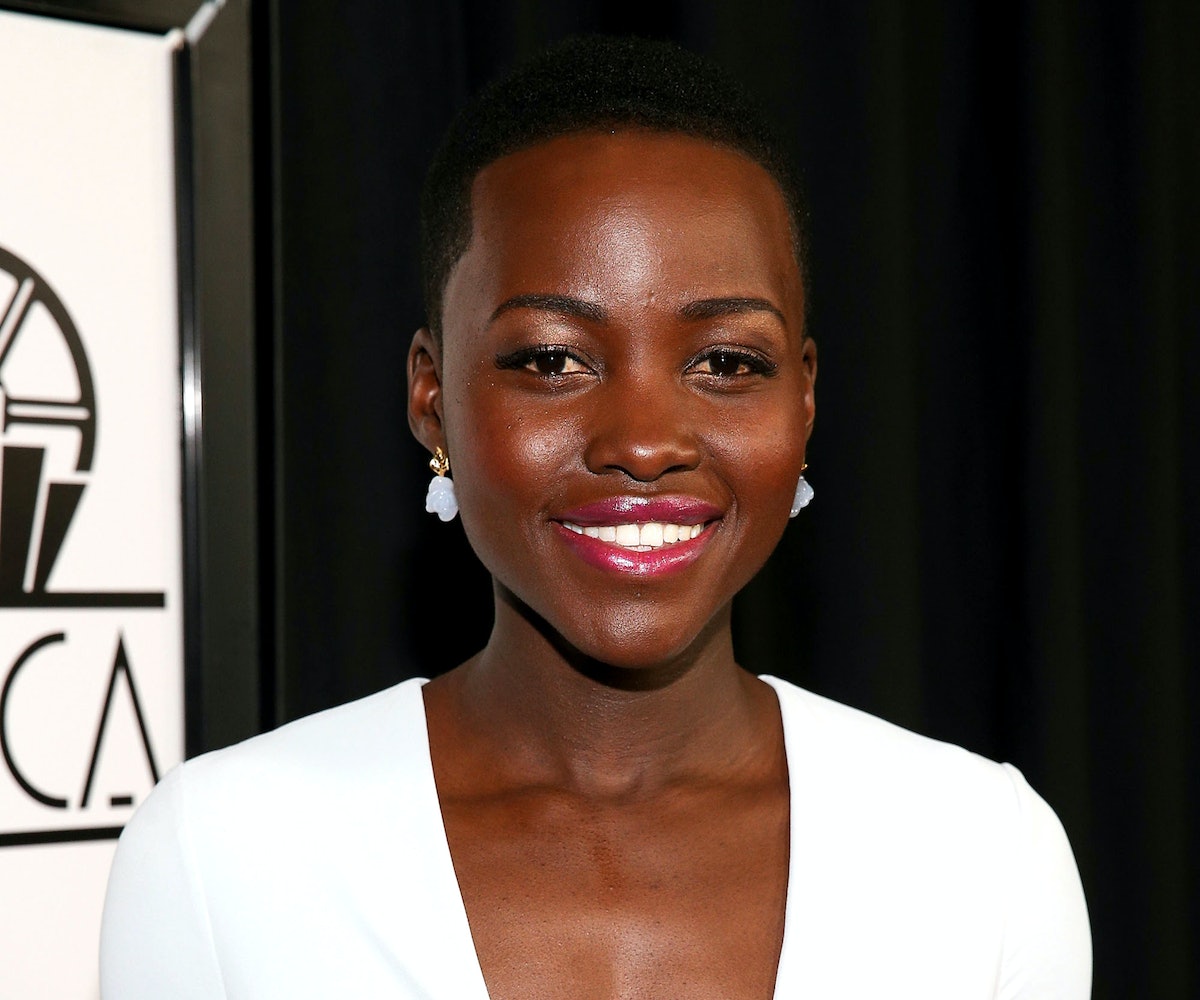 it was a given that Lupita Nyong'o has stolen our fashion hearts. After all, landing a Miu Miu campaign is the key to our hearts.

But it's safe to say that she's also become a major beauty inspiration, too. And her rosy look at LA Film Critics Association Awards is exhibit A as to why we've fallen so hard. There's just enough color to accent her all-white look, but not too much that she looks like a cartoon. Consider it the enhanced pink look that we get when we've been walking in the cold for too long--but instead of enduring the winter elements, here's how you can get it:

Try something new this year--like a cream blush, rather than a powder, for a dewier look. Worried that your skin is too oily for one? Winter is the perfect time to play around with it, since your skin will naturally be a bit drier.

Not only does this balm impart some shiny, glossy color, but it's also super hydrating--a real bonus for when temperatures drop below 32.

With such bold lips and cheeks, Nyong'o keeps her eyes simple but polished. This primer is great for prepping lids for another product....but it also looks awesome when worn alone. I like Sin because it's got a not-too-shimmery champagne hue and is perfect for no-fuss girls who hate eyeliner but don't want to go to a big event barefaced.

NEXT UP
Beauty
This Hailey Bieber-Approved Blush Now Comes In 4 New Shades
Beauty
12 Lunar New Year Beauty Releases To Ring In The Year Of The Rabbit
Beauty
Isamaya Beauty’s New Lipstick Was Designed To “Celebrate The Male Form”
Beauty
This Viral Black Honey Lipstick Dupe Is Only $5
Style + Culture, delivered straight to your inbox.